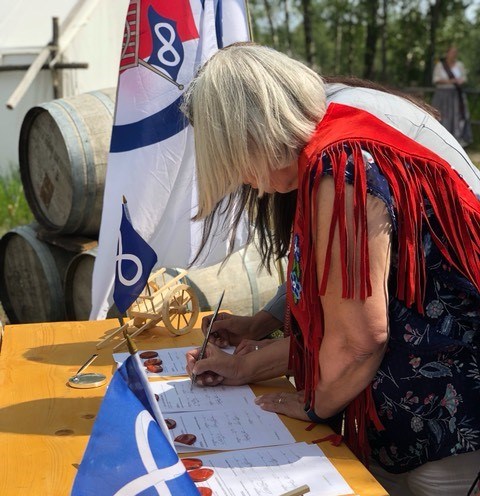 Parks Canada and the MNA are proud to announce, beginning August 1, 2018, MNA citizens will have free access to national parks and national historic sites located in the province of Alberta.

The MNA has a connection to the lands and waters comprising the national parks and national historic sites located throughout the province of Alberta. Parks Canada, via the Indigenous Peoples Open Doors Program, is inviting and welcoming Indigenous Peoples to Parks Canada places to which they feel a connection or a desire to reconnect without undue requirements for purchasing passes or permits.

The Métis Nation of Alberta is very excited, through this program, to reaffirm its connection to the Métis Nation homeland and to continue leveraging its productive relationships with the Government of Canada. 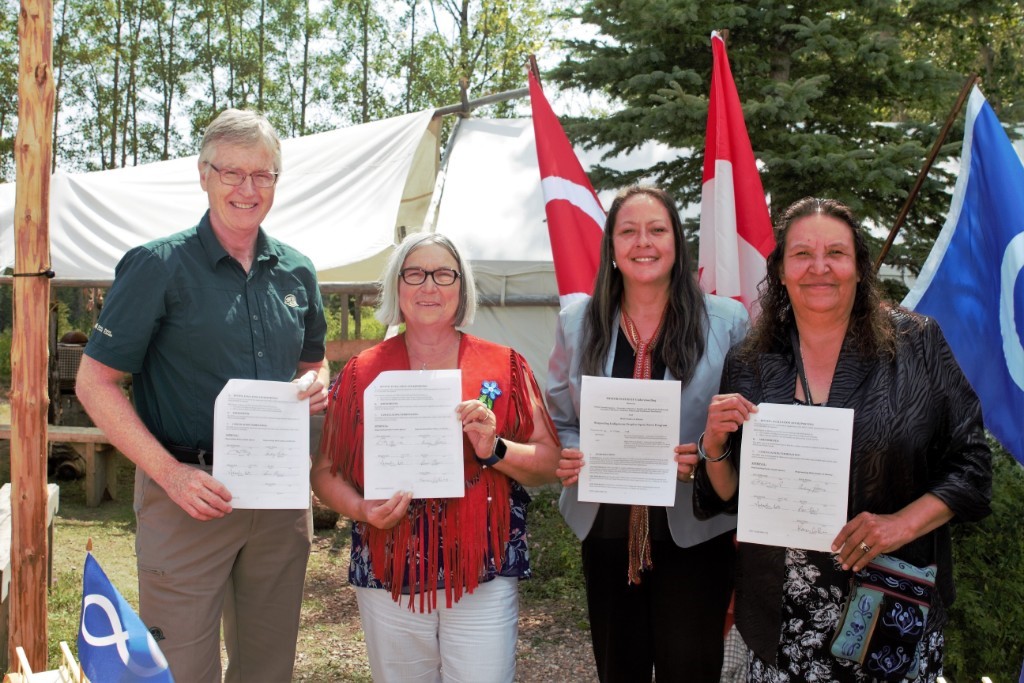 “Offering the Indigenous Peoples Open Doors Program to citizens of the Métis Nation of Alberta (MNA), is significant,” noted President of the Metis Nation of Alberta, Audrey Poitras. “The Government of Canada recognizes the Métis people as distinct Indigenous people with inherent rights. This program recognizes the connections Métis people in Alberta have with traditionally used lands and waters in Alberta’s national parks and national historic sites. We are excited to announce this partnership with Parks Canada.”

The Indigenous Peoples Open Doors program starts with the Métis Nation of Alberta on August 1, 2018 and has no expiry date. This program includes 18 National Parks/National Historic Sites within Alberta, where Métis citizens will not have to pay park
entry fees.

The Indigenous Peoples Open Doors program does not override any general admission fees for attractions and services, including campgrounds, hot pools and other park facilities, or any other levies associated with park/site/area use, other than entry.

The agreement signed today with Parks Canada is the MNA’s second sub-agreement with Canada under the November 2017 Framework Agreement.