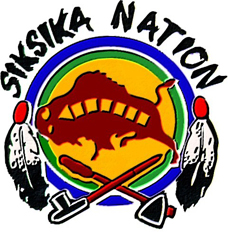 (Jan. 25, 2017)  – The Government of Canada and the Siksika Nation have concluded a negotiated claim settlement to resolve a longstanding dispute and move forward together in a spirit of reconciliation and renewal.

The negotiated agreement settles an outstanding specific claim regarding Castle Mountain in Banff National Park. The Siksika Nation’s claim dates back to the 1880s when land located at Castle Mountain was set aside as a timber berth for the use and benefit of the First Nation. The basis of the claim was that these lands were wrongfully taken from the First Nation in 1908 without their consent and without proper compensation. In 1911, these lands at Castle Mountain (known as the Miistukskoowa Area to Siksika) were added to Rocky Mountain Park, now known as Banff National Park.

“Siksika began 4 Annual Traditional Horseback Rides from Siksika to Castle Mountain 25 years ago,” stated Siksika Nation Chief Joe Weasel Child. “This year we will be celebrating a new beginning at MIISTUKSKOOWA; as one of our last untouched sacred sites Siksika will be working collaboratively with Parks Canada to share a unique Northern Blackfoot culturally based Eco-Tourism experience with all Canadians and tourists from all over the world.

“As Canada celebrates the 150th Anniversary of Confederation, it should be noted that the Blackfoot Treaty of 1877 enabled completion of the CPR and Confederation. Other important contributions the Blackfoot people have made to Canada includes protection of what is now Western Canada from the USA by entering into the 1855 Blackfoot – USA Peace Treaty or Lame Bull Treaty long before Canada was a Country and before the International Border existed. Now, with this Settlement Agreement the Siksika Nation will continue to protect the Environment and all living things placed here by the Creator for the beneficial interest and education of generations of Canadians yet to come.”

The settlement includes financial compensation from Canada to the Siksika Nation to resolve their longstanding dispute about these lands, as well as economic opportunities inside the park and ongoing access to the land for Siksika.

“Settling claims is one of many important steps on the journey of healing and reconciliation with Indigenous peoples,” stated Minister of Indigenous and Northern Affairs Carolyn Bennett. “Negotiated agreements help strengthen the nation-to-nation relationship through mutual respect and create a brighter future for everyone.”

Catherine McKenna, Minister of Environment and Climate, responsible for Parks Canada, added, “The roots of the Siksika Nation run deep in Alberta’s plains and mountains. Today, their history and culture are recognized through this claim settlement. It strengthens the relationship between Parks Canada and the Siksika Nation – and by doing so, reaffirms Canada’s commitment to reconciliation. We will continue working with Indigenous communities across the country in the spirit of reconciliation, and to protect our natural and cultural heritage for future generations.”