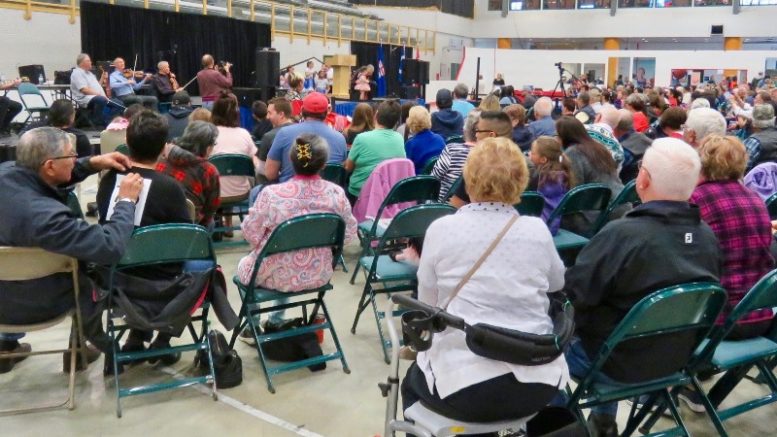 The Metis Spring Festival drew excellent crowds thougthout the duration of the festival - May 17 - 19, 2019 in St. Albert.

(St. Albert) – The annual Métis Spring Festival took place May 17-19 this year when thousands of spectators joined the hundreds of competitive dancers, jiggers and other talented performers participating at the popular venue, which was first utilized by the event host, Métis Child and Family Services (MCFS), in 2010. This year the Métis Nation of Alberta (MNA) joined the celebration in partnership with MCFS and sponsored both the Fiddling Competitions and the Square Dance performers that joined the celebration from out of province.

In an earlier interview festival organizer Florence Gaucher noted that MCFS was “very grateful to the Métis Nation of Alberta for their support,” noting that the MNA’s participation enabled MCFS to eliminate all admission fees this year. Everyone was welcome to attend, and they came out in droves.

“It was a very successful event and our biggest as far as attendance goes,” noted Gaucher. “We are very pleased to say the event was an outstanding success and we are very grateful for the support of our community and our sponsors.”

An open Talent Show got the event underway on Friday evening, May 17 and was followed on both May 18 and 19 with Fiddling and Jigging Competitions; concessions and crafters were available onsite for those looking for great food and/or a unique item or gift to take home.

Square dance performers participated throughout the two-day event with participants. 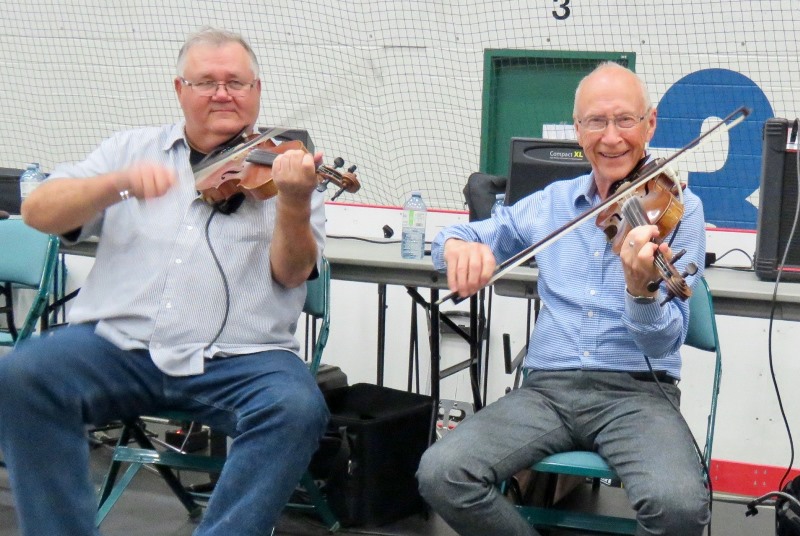 Event musicians Calvin Vollrath, Alfie Myhre and Riel Aubichon, did an outstanding job as they fiddled and strummed dozens of different tunes, their music lighting up the stage for the large number of jigging competitors who strutted-their-stuff in front of judges Ben Chartrand, Jenny Troock, Luc Gauthier and Sonia Desjarlais. As well as providing music for jigging competitions the three well known and talented performers also judged the fiddling competitions.

The 2019 Festival got underway on Friday evening with the Festival’s annual Talent Show that featured a growing number of talented vocalists from around the province. 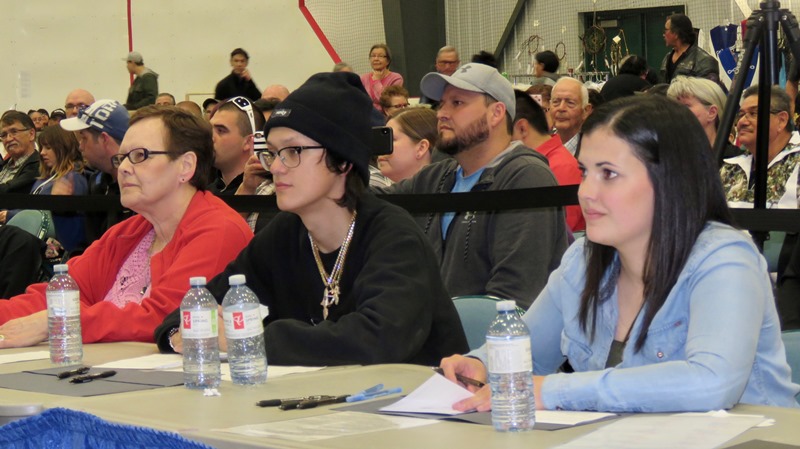 During the two-day gathering a medley of entertainment attractions were introduced to the large audiences whenever there was a break in the competition. Outstanding entertainment was delivered by performers that included Dauphin, Manitoba’s D-Town Steppers, Ft. Qu’appelle Valley Métis Dancers, Saskatchewan’s Pine House Junior Dancers, the Ivan Flett Memorial Dancers and Edmonton’s Métis Child and Family Jiggers.

The D-Town Steppers are a female dance group, the majority of whom have danced together since 2013; their wish is to bring pride to Métis communities and a hope for the future.

The Qu’Appelle Valley square dancers are a captivating, powerful and inspiring group with a quest to satisfy audiences near and far. Though there are some newcomers in the group most of the dancers have been performing for more than 10 years.

The Pine House square dancers have been together as a group for 2 years and have previous experience dancing with other groups. Their main focus is to promote Métis Culture as well as to inspire the youth to continue their Métis traditions.

The Ivan Flett Memorial Dancers are from Winnipeg, Manitoba. The three siblings, Michael, Jacob & Cieanna have shared a passion for dance since early childhood. They perform traditional dances of the Red River Jig mixed with modern dancing known as the hip hop jig. They hope to motivate and inspire people of all ages while bringing awareness to their strong and vibrant Métis culture.

The Fiddling contest proved to be a hard-fought battle again this year, once again a sign that the annual competition continues to attract quality competitors.

MCFS Program Manager Florence Gaucher organized and oversaw the event and said she was pleased again this year to see so many people attend the event and express their interest in Métis dance, music, tradition and culture.

“It was another outstanding event; we had some good weather, great crowds, outstanding entertainment and keen competition,” she said. “We are grateful for the ongoing support of the St. Albert and surrounding communities and very pleased to see that so many different ethnic groups joined us again this year. Thank you to everyone who participated and congratulations to all of the winners.”

MCFS works diligently to ensure that they make a positive difference in the lives of both those they serve and in society as a whole. The organization has a proven track record and a lengthy list of objectives that work to ensure that Aboriginal children, women and families have access to services and opportunities that they may not be able to access by themselves. MCFS endeavours to improve the quality and effectiveness of social services to Aboriginal children and families in need and in doing so develops and provides programs that preserve and strengthen families. The organization also promotes the health and well-being of Aboriginal children and families by building capacity in the Métis community through the provision of culturally sensitive and appropriate services and programs.

For more information about Métis Child and Family Services see the website at: www.metischild.com. To learn more about Métis Spring Festival 2019 contact Florence at 780-452-6100 or email: [email protected]