May 14, 2018 (Smoky Lake, AB) – The Métis Nation of Alberta, Government of Canada and Government of Alberta celebrated the ground-breaking for the new cultural gathering centre at Métis Crossing. Once complete, the centre will allow the Indigenous tourist attraction to offer year-round programming for the first time.

“Métis Crossing is a place of pride where we not only share culture and tradition, but offer an opportunity for others to learn and experience Métis culture. Our long awaited Cultural Gathering Centre, that has been a dream of Alberta’s Métis people for decades, is finally underway and will open up so many more future possibilities for visitors to enjoy in every season,” said Métis Nation of Alberta President Audrey Poitras.

The new centre will provide 10,000 ft2 of gathering spaces, meeting rooms, classrooms, exhibits and interpretive spaces to engage visitors. The centre is being designed to maximize energy and operational efficiencies to help achieve financial sustainability. The Government of Canada has committed $3.5 million for construction of the facility and the Government of Alberta has also provided $1 million in funding for construction and site developments.

“Our government is committed to working with Indigenous Peoples to build a better relationship based on the recognition of rights, respect, cooperation and partnership. We are proud to support the Métis Nation of Alberta in honouring this region’s—and Canada’s—diverse heritage and history through important sites like the Métis Crossing. Investments in projects like these demonstrate the Government of Canada’s goal of building strong, inclusive communities and promoting economic prosperity for all,” said the Honourable Amarjeet Sohi, Federal Minister of Infrastructure and Communities. 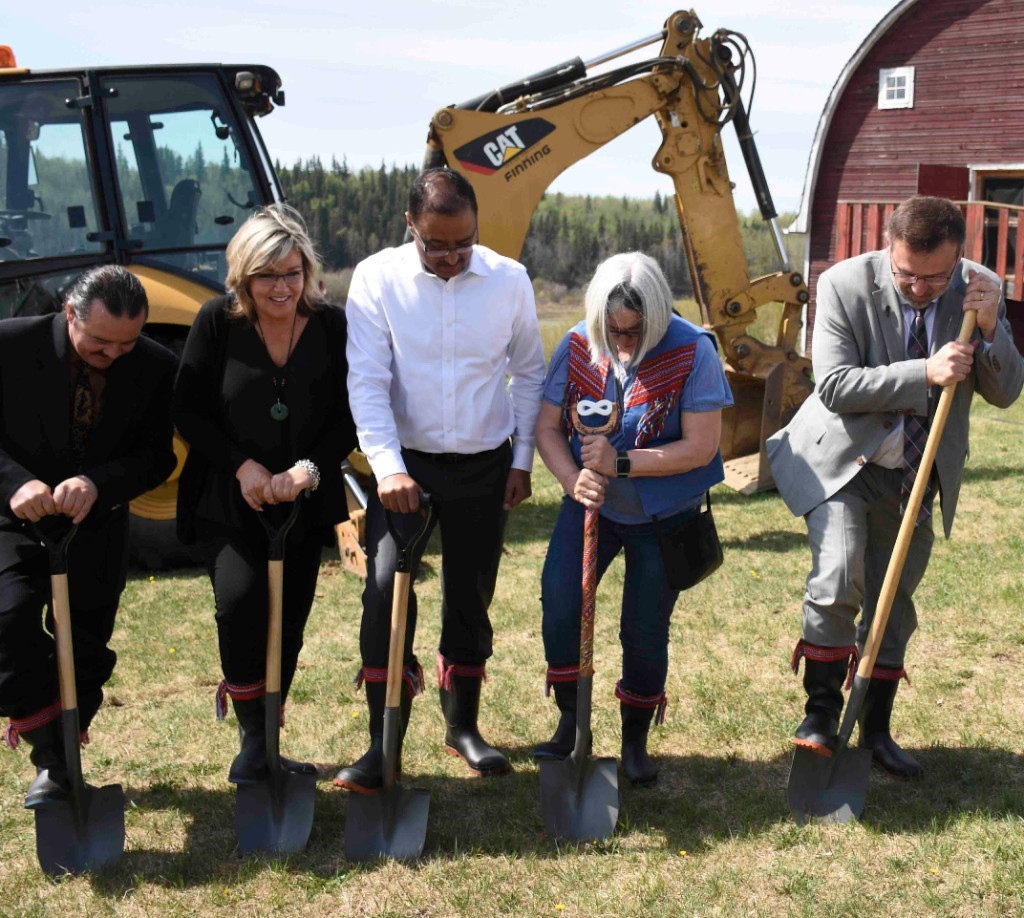 Construction on the new cultural centre is scheduled for completion late summer of 2019. The facility will provide a cozy place to warm up by the fire after visitors participate in authentic Métis experiences that may include night sky watching, snowshoeing and trapping programs.

“Métis Crossing will contribute to the local and provincial economy while showcasing the history of a proud people – the Métis people of Alberta. Through this initiative, visitors from across the province and the country will learn about the importance of the Métis to Alberta and Canada through several exhibits and historical village tours,” said the Honourable Richard Feehan Alberta Provincial Minister of Indigenous Relations.

Located within the Victoria District National Historic Site, Métis Crossing is a beautiful 512-acre setting along the North Saskatchewan River comprised of five historic river lots. Métis Crossing is perfect for a family weekend getaway with activities for all ages, hiking trails, campsites and new comfort camping in Métis trappers’ tents. It is the first Métis cultural interpretive centre in Alberta and boasts a historical village, restored homesteads, nature trails and Voyageur canoe trips. Métis Crossing remains open this summer during construction and all programming will be available.

The development and operation of Métis Crossing mirrors the core values of the Métis community including self-sufficiency, respect of elders, participation of youth and pride in culture. This site is one of many initiatives and projects the Métis Nation of Alberta supports to develop the socio-economic and cultural well-being of Métis people in Alberta.