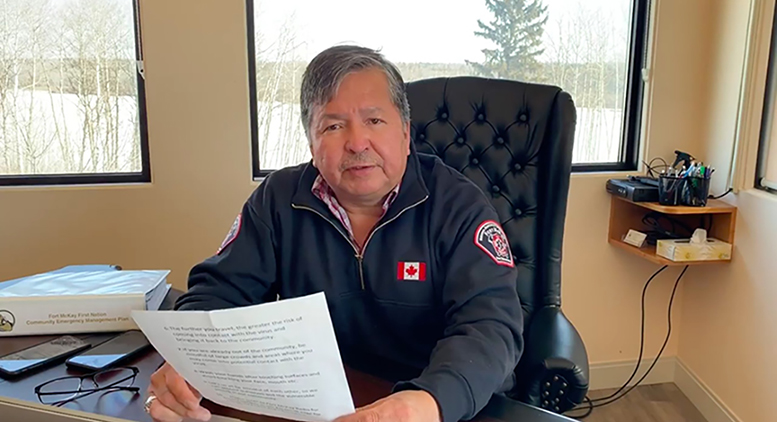 (ANNews) – The Alberta Energy Regulator (AER) has lifted environmental monitoring restrictions for all oil and gas companies in the province. The lifted restrictions allow for Alberta oil and gas to suspend the monitoring of air, water, and wildlife around worksites.

The decisions came after a letter was sent to the cabinet ministers by the Canadian Association of Petroleum Producers (CAPP) asking for a temporary suspension of some environmental requirements.

AER spokesperson, Shawn Roth, stated in an email: “[the regulator] is in regular contact with industry, including industry groups such as, CAPP and [the Explorers and Producers Association of Canada], as we work together to navigate through the current situation.”

The decisions posted to the AER website claim “Certain … monitoring requirements are incompatible with the operators’ compliance.”

The suspension of environmental requirements means that oil and gas companies in Alberta will no longer have to:

– Monitor birds and other wildlife,

“This is an utterly idiotic decision and an idiotic rationale.”

Notley continued, “What, in fact, we’re seeing here is a cynical and exploitative use of this pandemic in order to bring about the extreme agenda of Jason Kenney, which is to stop any work to protect the land, air and water that Albertans care about.”

The AER said of the decisions, “The Alberta Energy Regulator has received legitimate concerns and information demonstrating that the operators will not be able to meet certain monitoring requirements … while complying with the COVID-19 orders and guidelines.”

Suncor representative Erin Rees said in a Narwhal article, “Since mid-March Suncor has been focused on doing our part to flatten the curve of COVID-19. Reducing interactions between people on our sites and in our offices is critical in ensuring the health and safety of our workforce and we’ve limited people on site and in offices to essential staff only since the middle of March.”

“To be clear — all requests for postponement of monitoring were due to the number of people required to perform the work, impacting our ability to ensure physical distancing.”

Written in a Global news article,

“Environment and Climate Change Canada, which is responsible for enforcing federal environmental laws and cooperates with provincial regulators, said it only learned about the earlier suspension of monitoring requirements by the AER through the regulator’s website.”

AER Spokesperson Shawn Roth also said that things were moving quickly and the agency had to respond to industry requests.

Regardless of the true motive of the decisions, there is no question about the importance of environmental monitoring.

Especially for the First Nations in Northern Alberta.

On the Alberta Energy Regulator website, it states: “Fort McKay is located 58 kilometres north of Fort McMurray, Alberta, and is surrounded by oil sands operations. Eight open-pit and three in situ oil sands mining operations are located within a 30 km radius of the centre of the Fort McKay community, and more are being planned. These operations can affect air quality and contribute to odours in the community.”

The “conditions suspended include on-site monitoring studies under the Fort McKay Air Quality and Odours Project. Odour assessment and communication protocols already in place are to remain,” said an article in Fort McMurray Today, meaning the air in and around Fort McKay will be left untested despite its close proximity to surrounding oil and gas sites.

“We are surprised and disappointed there was no effort to consult us on this decision.”

“We also have questions about the length of these ’temporary exemptions’ and would like more clarity about a return to responsible environmental monitoring,” Grandjamb said. “We hope they remain committed to sharing that data in light of the AER’s decision.”

The Fort McKay First Nation is surrounded by sites on three sides of its territory.

Chief Grandjamb is not the only leader with concerns however, as Chief Allan Adam of the Athabasca Chipewyan First Nation felt the decisions ruined 12 years of work. “It just seems like they’ve put all that to waste,” he said.

Archie Waquan, Chief of the Mikisew Cree First Nation, also wrote an article for the Edmonton Journal in which he scrutinized the AER’s decisions.

“Environmental monitoring is not simply a cost imposed on industry; it is a key mechanism to protect the environment and the health of communities.”

Earlier this month, CBC reported that Imperial Oil had listed 50 bird deaths due to tailings areas in sites near its Kearl oil sands project in northern Alberta.

CBC also reported last month that “the Alberta Energy Regulator has charged Syncrude Canada in the deaths of 31 great blue herons discovered at a pond at the Mildred Lake mine north of Fort McMurray two years ago.”

These are not the only examples of mass bird deaths, as Syncrude was charged for the deaths of 1,600 ducks in April 2008.

These numbers all came from environmental monitoring.

In a CBC news article, “Keith Stewart of Greenpeace Canada said his group isn’t aware of any other jurisdiction in the world that has gone as far as Alberta to roll back environmental protections during the pandemic, including the United States under President Donald Trump.”

Isolating to save lives in Northern Alberta First Nations