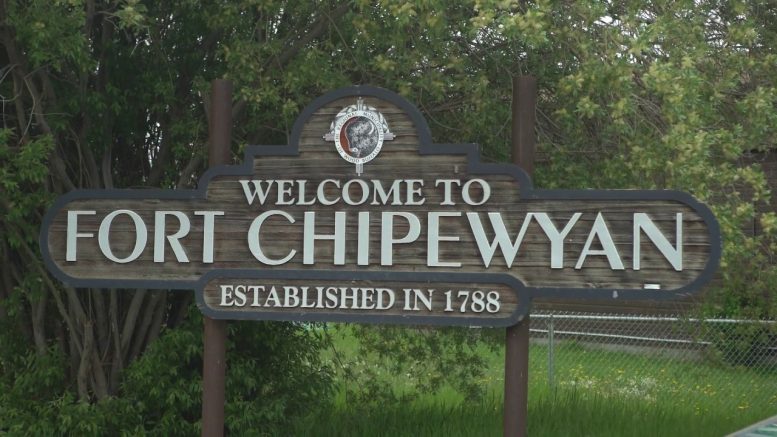 (February 2019) – The Alberta government is supporting Athabasca Chipewyan First Nation, Mikisew Cree First Nation and Métis Local 125 in owning and operating a new solar farm that will reduce their reliance on diesel generators.

Fort Chipewyan is not connected to Alberta’s electricity grid and relies on burning diesel fuel for heat and power. To reduce diesel use in the northern community, the nations formed Three Nations Energy LP (3NE). With a $3.3-million grant from Alberta’s Climate Leadership Plan and in partnership with ATCO, 3NE will own and operate the largest off-grid solar-and-storage project in Canada.

“We are very proud to partner with Three Nations Energy and the community of Fort Chipewyan,” stated Alberta Minister of Indigenous Relations Richard Feehan.

“In addition to reducing costs, this project helps make life better for residents by reducing pollution and increasing safety. This is just one of the many steps on the path of reconciliation our government is taking by empowering Indigenous peoples to own, develop and operate this project.”

The solar photovoltaic system will consist of about 7,500 panels that, once completed, will replace the equivalent of 800,000 litres of diesel fuel for Fort Chipewyan – supplying roughly 25 per cent of the community’s energy use. It is anticipated that Fort Chipewyan will start generating solar energy in fall 2020.

“By harnessing Alberta’s abundant solar resources, we can ensure northern communities no longer need to rely on diesel to heat and power their homes,” remarked Shannon Phillips, Minister of Environment of Parks and Minister responsible for Climate Change.

“This project is the largest in Canadian history to reduce diesel emissions by moving to solar power and storage. More importantly, it shows what can be accomplished when we work together to protect our environment.”

The project will also reduce noise pollution in the area and make the winter roads safer due to reduced tanker truck traffic.

“While our regional economy depends on the oil industry, we feel the effects of climate change in our community and see the growing impacts on our delta lands,” explained Athabasca Chipewyan First Nation Chief Allan Adam. “Our members want us to be part of the solution and we appreciate Alberta working with us to take a big step forward to cut pollution and protect the environment.”

“Three Nations Energy is about Indigenous Peoples working in partnership and collaborating with governments and private industry to protect the environment,” noted Kelly Piche, Fort Chipewyan Metis Local 125. “Our solar farm will create local employment, increase our energy security and, over time, it can generate revenues to reinvest in our community.”

ATCO is working closely with 3NE, supplying design, construction and operation services as well as ensuring local employment benefits. ATCO will also operate a complementary battery storage system that can store 1.5 MWh of power, extending the ability of the solar farm to replace diesel.

“ATCO is honoured and thrilled to partner with the community of Fort Chipewyan to implement an innovative clean energy microgrid solution,” stated ATCO Vice President Quyen Nguyen. “ATCO will build and operate the solar array and battery storage, significantly reducing diesel consumption and greenhouse gas emissions while creating jobs and building capacity for community ownership of the solar farm.”

The project will be completed in a phased approach. ATCO is installing a Phase 1 component of 400 kW (about 1,500 panels) this winter which ATCO will own, reducing diesel consumption by 150,000 litres per year.

3NE, supported by funding from the Government of Alberta, will own Phase 2, consisting of another 2,200 kW from 6,000 panels, which will reduce diesel consumption by an additional 650,000 litres per year.

Construction will create 40 jobs at the 6.5-hectare site adjacent to Third Lake Plant. The reduction in tanker trucks is roughly 25 large tanker truck trips each way, per year. The project will cut greenhouse gas emissions by 2,170 tonnes CO2e per year. The total project cost for the solar farm is $7.8 million, including the $3.3-million commitment from the Government of Alberta.