National Grand Chief Perry Bellegarde commented recently that it’s time for a changing of the guard in Ottawa. He encouraged Aboriginal and other Canadians to get out to the polls in October and elect a new government, one without Stephen Harper at the helm.

He didn’t pick a party to back and neither should he have, but he wants every Aboriginal Canadian – First Nation, Métis and Inuit to make a point to vote in the upcoming federal election. And he’s not alone. In fact, many Chiefs across the country are urging their memberships to get out and vote in October’s federal election. Of course that won’t be easy for everyone now that the Harper’s “new” conservatives have changed the rules when it comes to producing identification at the voting stations. Three pieces of ID are now required, two of which must have photographs to identify the voter before he or she can cast a vote.

“This is a matter of national importance, and there should be no greater effort put forward by us in the coming weeks and into the coming months,” recently noted Assembly of Manitoba First Nations Grand Chief Derek Nepinak. He is urging every Indigenous leader – First Nation, Métis and Inuit to encourage and support a movement that will ensure that Aboriginal youth are ready and equipped to cast their vote this fall. 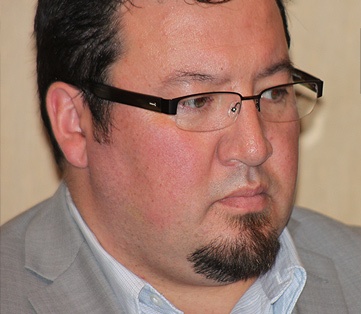 Grand Chief Nepinak said he wants all leaders to encourage their community members to vote for the Liberal or NDP candidate they think can win in their respective ridings.

“We all have the ability to cast a ballot to effect change in Ottawa,” he said. “We can mitigate the damages by voting for a different government in this upcoming election.”

During the recent AFN Annual Assembly the only party that failed to reply to an invitation to attend was Harper’s Conservatives. Both Justin Trudeau and Thomas Mulcair were there and they took the opportunity to speak to the Chiefs in attendance. They both pledged that if elected they would usher in a new and promising future for Canada’s Indigenous peoples, one that would include respect, inclusion and equality. This new era, they promised, will include such things as increased and meaningful consultation, enhanced language rights, attendance at AFN meetings, more money for education and a national inquiry into missing and murdered Aboriginal women and girls.

Groups have been created, including one called Rally The First Nation Vote, with the intent of ousting the Conservatives.

“Look what happened with Idle No More,” noted Bellegarde, in comments to the Globe and Mail. “Because of social media, people are starting to talk. Look at the excitement of the youth. They are the ones that are really going to drive this.”

Quinn Meawasige, a member of the AFN Youth Council said his group will “work towards getting the Harper government out, and having a new government that is willing to work with First Nations people on indigenous issues.”

Change is not only possible,” emphasized NDP leader Mulcair, “it is absolutely necessary.”

“We will never impose solutions from the top down,” said Liberal leader Trudeau.

Chief Bellegarde said the AFN must remain “non-partisan” and as such cannot tell people who to vote for.

“The important thing is we want to make a difference,” he said. “And if anybody wants to get elected into government now, we are saying our vote is going to count this time around. Pay attention to us.”

There is little doubt in the minds of at least 65 percent of the Canadian voting public, (polls indicate Harper has support from about 23 percent of voters), that Stephen Harper can’t be trusted – and there are a multitude of reasons why. The fact is, Prime Minister Harper is destroying Canadian democracy and if you have a hard time believing it or understanding just how this manipulative politician is doing it, all you need to do is check out the website at harperwatch.wordpress.com. There are dozens of articles that offer Canadians an in-depth look at how the federal government is turning Canada into a shambles that might take decades for a new government to rectify.

Even the courts have a hard time swallowing his diatribe and often illogical manoeuvres and decisions. His cabinet ministers are walking away at a pace never seen before in Canadian politics; many of his appointments and hand-picked staff have broken the law, some are even going to jail. He silenced our scientists, kept journalists at bay and besmirched, ridiculed, offended and scorned entire segments of our society, including women, girls and children, particularly those of Aboriginal ancestry. His environmental record is a disaster, his inclusion of Canadians in major decisions is almost nil, his expenditures at the cost of taxpayer dollars are extravagant and self-indulgent.

One of the columns you’ll find on the Harper Watch website was written by Andrew Mitrovica, who questioned the reason why the PM went to Iraq when our troops were stationed there. 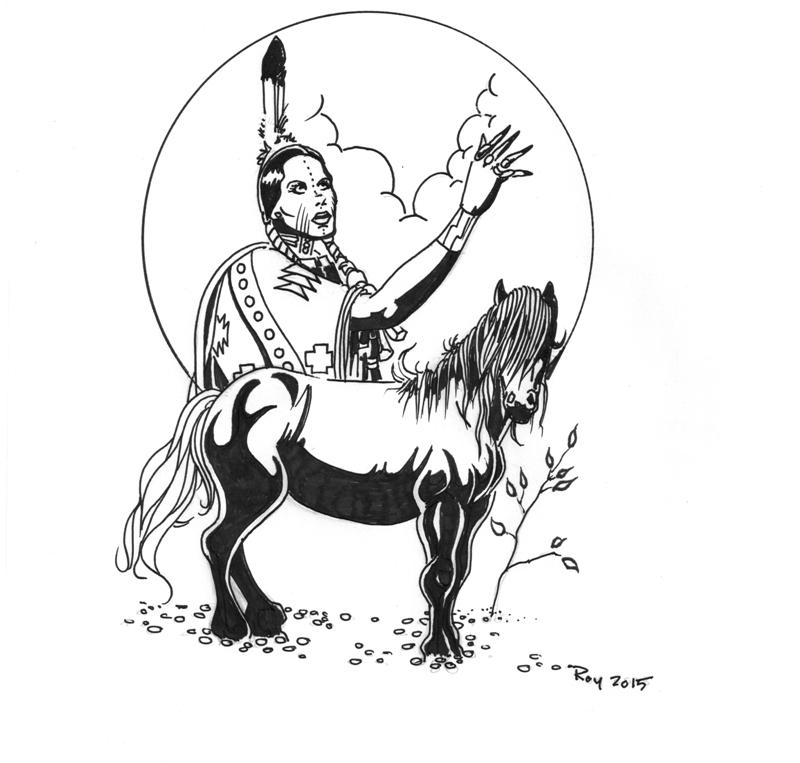 “Why did Stephen Harper go to Iraq?” questions Mitrovica. “I’m not talking about the real reason – I’m talking about the rationale. Was it to gather first-hand impressions of the suffering of Iraqis at the hands of Islamic State? Unlikely: Harper has no military training and wouldn’t know what he was looking at. Was it to bolster morale? Please.

“Harper went there to get pictures and video of himself standing near the ‘front’ (to the degree it exists) and looking resolute. He went there to dispel the lingering odour from the Hill attack. He went there to use serving troops and military hardware as a convenient backdrop for his John Wayne act.  He did what every chickenhawk politician does to boost his political fortunes – he made a beeline for men and women in uniform with guns and made sure the folks back home saw him in khaki giving the troops a pep talk in front of a big Canadian flag. Harper’s costly vanity visit was an irresponsible thing for any government leader to do. Harper never should have gone to Iraq. There’s a war going on and Canada is part of it. The prime minister is a high-value target. His presence in Iraq ramped up the threat to everyone around him – including the military, security and civilian staff he brought along with him so he could deliver a cliché-riddled speech while posing in front of a couple of CF-18s.”

A View from the National Post noted that “the government has been caught re-writing the rules to suit its own purposes, a practice that goes to the heart of the Harper Conservatives’ chronic misuse of its power. Federal information commissioner Suzanne Legault had recommended two months ago that charges be laid against the RCMP for destroying records from the federal long-gun registry, in defiance of the access to information laws. Instead, the government introduced legislation to make the practice legal, backdated it to absolve the RCMP of any culpability, and slipped it into a mammoth budget implementation bill, in hopes that it might pass unnoticed. Legault accused the government of setting a “perilous precedent,” and rightly so – what other illegal acts could be retroactively excused in this way?” 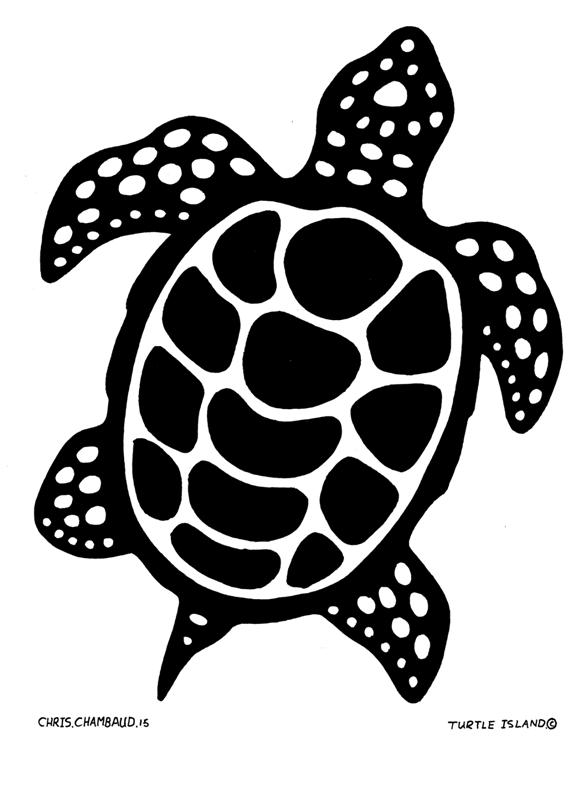 A Huffington Post headline reads: Tories Kill Bill Urging ‘Harmony’ Between Canadian Law And First Nations. The article noted that “an NDP-sponsored bill proposing Canada align its laws with the United Nations Declaration on the Rights of Indigenous Peoples was defeated Wednesday. The Conservative government used its majority to reject Romeo Saganash’s private member’s bill, five months after it was first introduced to the House of Commons.”

iPolitics noted that “former Conservative cabinet minister Peter Penashue’s official agent in the 2011 federal election campaign has been charged with violating Canada’s Elections Act in connection with ineligible contributions made to Penashue’s campaign.”

In another posting iPolitics questioned Harper’s refusal to let Omar Khadr out of prison.

“Stephen Harper’s obsession with Omar Khadr borders on the pathological,” noted the article . “He has spent over half a million taxpayer dollars on battling Khadr in court and is about to spend even more fighting his release on bail. In the version of events conjured up by the Harper government’s fevered rhetoric, Khadr is an evil terrorist – and the fight to deny him release is just another front in the war on terror. Never mind that he was a 15-year-old child soldier when he was accused of throwing a grenade in Afghanistan that killed an American soldier. Never mind that he may have confessed under duress, that he may have been tortured in Guantanamo. The prime minister has no use for nuance, or context. Politically, he needs an unrepentant terrorist – and Khadr only fit the bill as long as he remained locked up and out of reach.”

The National Post’s John Ivison commented on the frustration and anger that former Prime Minister Paul Martin has been feeling when it comes to funding for Aboriginal education, noting that the “allocation in the federal budget of $200 million to improve Aboriginal education has enraged Canada’s 21st prime minister, who said that he didn’t “understand why this government makes it such a partisan issue as they did in this budget. I believe discrimination in education funding will be an (election) issue for Canadians.”

National Grand Chief and head of the Assembly of First Nations, Perry Bellegarde, called the money in the budget an “outright snub and a missed opportunity.”

I urge each and every Alberta Native News reader to check out the Harper Watch website – you’ll be amazed at what you’ll find and it should definitely help you decide who not to vote for in October.

Election Outcome Equals More of the Same for Indigenous People

Be the first to comment on "Speaking out by John Copley: Exercise your right to vote in the October election"