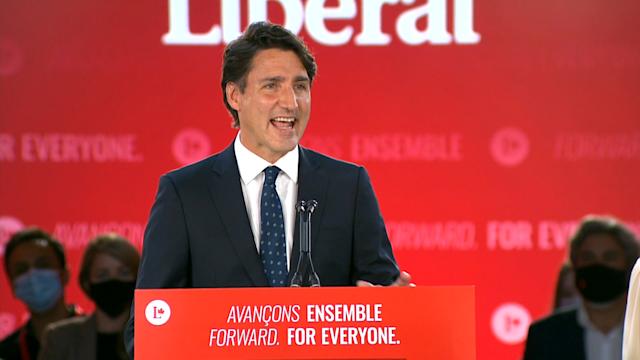 (ANNews) – As the dust settles on the second federal election in the last two years, Canadians are struck with a sense of deja vu, something Indigenous people have become accustomed to with each trip to the ballot box. For many Canadians, as the results continue to trickle in, the results of this election raise more questions than answers. Discussions swirl around the purpose of the election, what it means for party leaders and ultimately, was it worth it in the end?

For Indigenous people, it signals more of the same sits just over the horizon. Prime Minister Justin Trudeau has been provided another mandate, albeit another minority government, to continue the achingly slow progression towards the “Sunny Ways” he proclaimed in 2015. With incumbent Ministers Marc Miller and Carolyn Bennett regaining their seats, barring any sort of proactive cabinet shuffle, Indigenous leaders can expect more of the same interactions once government resumes.

It is not as if the past 6 years of Liberal power have not moved the needle in Indigenous communities forward, however the bar was left relatively low by the outgoing Conservatives. At present, there exist 51 long-term drinking water advisories on 32 First Nations and 188 short-term water advisories across the country. In 2021 alone, data shows five advisories have been added while eleven have been lifted. This equates to an unsustainable model for improving living conditions on First Nations, and embodies a situation in which communities are asked to continue waiting for basic human rights.

The Liberal platform offered more of the same rhetoric from past elections. Continuing reconciliation, educating on residential schools, pursuing Indigenous self-determination and addressing issues in child welfare systems. It feels very much like a sad song on repeat for Indigenous peoples. Even more disconcerting in the outcome of yesterday’s election is that the results failed to grant any party a clear mandate and authority.

A minority Liberal government appears poised, once again, to try and push forward Liberal agenda items, only to be halted or redirected by a New Democrat or Bloc Quebecois partner. This can be a positive and a negative depending on how one examines the situation. Perhaps progressive approaches and strategies to old problems will come from this arrangement, and the political system in Canada will be forced to work in cooperation in order to finally pull the country through this pandemic.

In any event, Indigenous people will once again have no choice but to look at the rays of sunshine that show through this dark process. In Edmonton-Griesbach, a young up and coming Metis activist, Blake Desjarlais, unseated two-time Conservative Kerry Diotte. In a statement released on Twitter, Desjarlais wrote “Together, we offered the people of Edmonton Griesbach a very clear, positive, hopeful choice — a choice for better”.

Another possibility for positive change will come in the maritimes with the departure of Minister of Fisheries, Oceans and the Canadian Coast Guard Bernadette Jordan. During the height of the Miꞌkmaq fishing conflict, Jordan was often criticized for not intervening quickly enough, and not respecting established Indigenous fishing rights. With her leaving government, it provides Prime Minister Trudeau another opportunity to restart the relationship building process.

Ultimately, Canadians awake today with a bitter taste in their mouths. Those that chose to vote, risked health and security to exercise their democratic right, a right that seems meaningless given the fact we arrived at the same result reached almost 2 years ago. For Indigenous people, it provides an opportunity for Canadians to experience what has occurred in Indian country for the past 150+ years. Hopefully, this leads to a different approach by all parties for the next election, one that hopefully takes place after a long deserved break.

Speaking out by John Copley: Exercise your right to vote in the October election