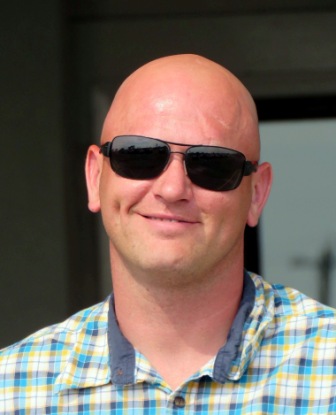 He’s big, he’s bald, he’s scarred, he’s scary and he looks much like a seasoned UFC fighter – but when you sit down and talk to him you quickly realize the scars, the appearance, the shaved head and the fears you first faced were all for naught. In fact, Dan Whalen is really just a regular guy with a challenged past that he’s long overcome and a hope for a future that he’s working hard to attain. He talks to kids, tells them his story and hopes that the words he speaks will help his juvenile listeners understand that each of them is unique and valuable and important in their own ways.

Whalen encourages healthy, creative and honest lifestyles and by telling his young audiences about the troubles he faced, and the punishment he received for the numerous erroneous decisions he made during his early years, he hopes every kid he talks to will think about him and the words he’s shared whenever there’s a decision to be made that could have serious or life-crippling consequences. He uses persuasion, down-to-earth dialogue, personal experiences, eye-witness accounts and nothing but the truth when he addresses youth; there’s no scare tactics, no fear mongering, no baloney.

Whalen was in Edmonton talking to students this month and basically doing what he’s been doing for the past two years, giving youth the heads-up on crime and punishment and how to avoid becoming another Corrections Canada statistic. The 34 year guest speaker works with the Alberta Seventh Step Society and as such is living up to and maintaining the pledge he made after being released from prison five years ago. Whalen travels out to different schools in Alberta where he talks to kids about his personal experiences in life, some of which led him down a road the’s encouraging youth not to follow. The goal is to reach out to youth and let them know that almost every decision they make has consequences, some good and some not so good. 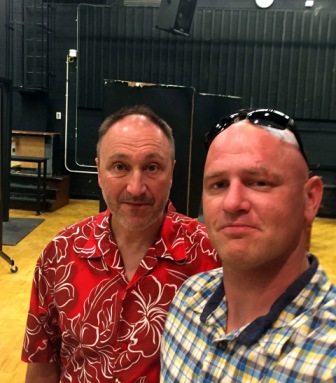 During the past two years he has visited many schools in places that include Edmonton, Fort McMurray, Gleichen, Lac La Biche, Irvine, Claresholm, Medicine Hat, Lacombe and others. Most of the youth he talks to are aged 13-18 and are in Grades 7-12, but he has also talked to older students in outreach schools, even college classes. He starts off by telling them that he’s spent 10 of the last 15 years in prison; in total he was sentenced to 16 years for breaking the law, including a charge of armed robbery. He talks about how he lost his life and about “the challenges I faced to get it back.”

Off duty for the summer, Whalen was asked by a couple of teachers if he could stop by their classrooms to talk to the kids.

“I agreed because I believe that what I do is important and if I can help just one youth to stay on the straight and narrow, then I’ll do what it takes to make that happen,” he explained in an interview. “This week (July 7-8) I attended the summer school programs at McNally High School, Archbishop O’Leary and JP Wagner in Edmonton, where I addressed approximately 300 students in all. I talked to the kids in much the same way as I did earlier this year when you and I met at Amiskwaciy Academy. My story isn’t a pretty one, in fact is actually downright ugly and I certainly don’t want to see others, especially those facing some of the issues I did as a youngster, go through the things that I did. Words like freedom and peace of mind are commonplace for most folks, but if you live in poverty, if you are marginalized, if you are bullied or live in a home where excessive alcohol and/or drug abuse brings out the worst in the people around you, it’s a different kind of reality and one that many kids don’t know how to deal with.”

Of course, crime isn’t restricted to the poor and impoverished, rich kids also get into trouble. The bottom line is that whether your choices and activities are a result of your upbringing, or because for one foolish moment in time boredom got the better of you, or you allowed peer pressure to let you do what you otherwise would not have done, the consequences are the same.

As a child Dan Whalen was pushed around and beaten up by his biological father, who himself was raised with a cane instead of kindness and understanding.

“For my father, like many father’s out there, raising a family was something that he knew little about. As a child who was also abused by his father, my dad grew up thinking that that was the right way to raise his own children. Of course, with age and experience he has become a much better person, but those early years of parenting were particularly hard on me. I couldn’t cope, I couldn’t deal with the constant punishment and ended up thinking that if I was going to be accused of things I never did, maybe I should just do them and then at least I’d get beat for actually doing something wrong.”

What can kids do when they find themselves in a similar situation.

“The only advice I can offer,” he said quietly, “is to find someone who you can trust; a family member, a school teacher or principal, a police officer, someone who will listen and act on your behalf. Society has changed a lot since I was a kid; I had a difficult time to talk to anyone because if it got back to my dad I’d really be in trouble but that doesn’t happen today. The law is very pointed on that note and someone will step in right away to ensure that you are safe.”

Whalen, who was born in Newfoundland and lived there until his parents moved west when he was eight years old, said that his talks don’t dictate what to do and what not to do when it comes to living your life, because “regardless of what anybody says, people are going to do what it is they want to do; I just relate my story and talk about the consequences of poor decisions. Prison is the last place you want to be; it is the end of the line and a usually a very severe consequence of poor judgement. I encourage youth by telling them about the things I did, the debts I paid and still pay for bad choices. I just want them to know that every decision you make in life has a consequence and it’s important to keep your priorities in line so your consequences will be positive ones.”

Knowing that his freedom depends entirely on his own thoughts and actions, Dan Whalen has pledged to “face and accept the truth about myself; to maintain my freedom, to become a useful member of society (and) to help others as I am now being helped.”

“That pledge,” he explained, “is one of the key steps that we, as former felons, know is very important if we are truly to get our lives together and refrain from activity that can put us back in trouble with the law.”

The Alberta Seventh Step Society (ASSS) The Alberta Seventh Step Society is a private, not for profit society duly licensed and overseen by a volunteer Board of Directors.  Initiated in the federally-run Drumheller Institution  in 1971 by Patrick Graham. the society became a not-for-profit corporation in June of 1974. The Community Residential Facility (halfway house) in Calgary has been operating since 1977 and provides a wide range of pre and post-release services for federal offenders. The Society currently has about 2500 Alberta schools on its list of contacts.

The organization’s Seven Steps to Freedom are: facing the truth about ourselves and the world around us, we decided we needed to change; realizing that there is a Power from which we can gain strength, we decided to use that Power; evaluating ourselves by taking an honest self-appraisal, we examined both our strengths and our weaknesses; endeavouring to overcome our weaknesses, we enlisted the aid of that Power to help us concentrate on our strengths; deciding that our FREEDOM is worth more than our resentments, we are using that Power to help free us from those resentments; observing that daily progress is necessary, we set an attainable goal towards which we can work each day; maintaining our own FREEDOM, we pledge ourselves to help others as we have been helped.