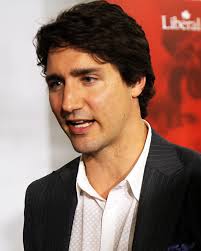 OTTAWA – The Liberal Party of Canada has welcomed the election priorities detailed by the Assembly of First Nations (AFN) National Chief, Perry Bellegarde.

On Sept. 2, National Chief Bellegarde called for a renewed relationship between the federal government and First Nations, based on respect, rights, and Treaties, aimed at closing the unacceptable gap in outcomes that exists between First Nations and non-Indigenous Canadians.

The Liberal Party of Canada issued a statement that Liberals strongly support this call, and have committed to closing the gap on an urgent basis, in full and meaningful partnership with First Nations.

The Liberal statement reads, “We are committed to substantial, new, and immediate investments in First Nations education to close the chronic funding gap, as well as substantial new funding to support the ability of Indigenous communities to promote, preserve, and enhance their languages and cultures.

“We will ensure that the Kelowna Accord – and the spirit of reconciliation that drove it – is embraced, and its objectives implemented in a manner that meets today’s challenges. We will make up for ten long, lost years.

“We will immediately lift the two percent funding cap on First Nations programs, and replace it with a new fiscal relationship with First Nations – one that provides them with sufficient, predictable, and sustained funding to support their communities’ priorities.

“Liberals are committed to working in partnership to implement the recommendations of the Truth and Reconciliation Commission, and calling an immediate national inquiry into missing and murdered Indigenous women and girls.

“We will conduct a full review of the unilateral laws and policies imposed on First Nations by the federal government, and repeal those in conflict with Aboriginal and Treaty rights. This includes a complete review of changes made to environmental protections.

“National Chief Bellegarde is correct to point out, the current gap between Canadians and First Nations Peoples is wide – and intolerable. Our values as Canadians demand that we take real action, in full partnership with First Nations, to close these persistent and unacceptable gaps. It is time for real change.”