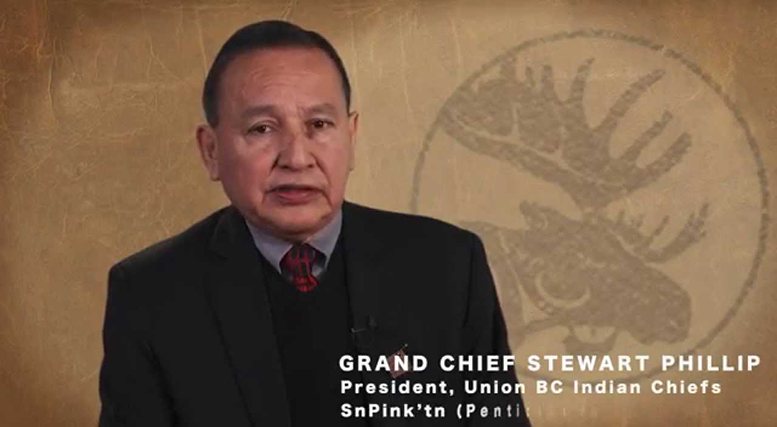 ((Xʷməθkʷəy̓əm (Musqueam), Sḵwx̱wú7mesh (Squamish) and səlilwətaɬ (Tsleil-Waututh)/Vancouver) – The Union of BC Indian Chiefs (UBCIC) is disappointed but unsurprised that the most expensive federal election to date led to low voter turnout and another minority Liberal Government. The misplaced arrogance of Prime Minister Justin Trudeau did not result in the majority he wanted – instead an under-performance at the polls maintained the status quo and proved that voters, who are already preoccupied and burdened with the challenges of a pandemic, are dissatisfied and exhausted by unnecessary political powerplays.

Grand Chief Stewart Phillip, UBCIC President stated, “Unfortunately, the lackluster federal election not only marked Prime Minister Trudeau’s failure to fulfill key commitments to Indigenous peoples, including his promise to bring clean drinking water to all Indigenous communities during his first five years in office, but highlighted d the continued sidelining of many important Indigenous issues and the devastating forced departure of Jody Wilson-Raybould as a result of the sordid SNC-Lavalin affair.”

Grand Chief Phillip continued, “It is 2021 and Indigenous peoples have seen enough symbolism and two-faced, empty talk. The time is now for our basic rights to be fulfilled – for Indigenous peoples to have clean drinking water and to exercise their jurisdiction and care over their children. While the discovery of the remains of former Indigenous students in unmarked graves at the site of the former Kamloops Indian Residential School in May renewed conversation around reconciliation, UBCIC is disappointed to see that this conversation did not continue into the election. We would like to remind Trudeau that not only has he yet to visit Kamloops and the former residential school site, but BC wildfire ravaged communities and homes still need the attention that was diverted to an unnecessary election. Ultimately, the election represents a colossal waste of taxpayer’s money that could have been invested in Indigenous health and childcare, housing and homelessness, and emergency management equipment and infrastructure.”

“In a day that was mired by long lines, missing voter cards, wrong polling stations and added COVID-19 protocols, election day proved frustrating and fruitless for many members of the public. UBCIC also notes that many election stations were not readily available to First Nation communities who stand to be greatly impacted by any shifts in political leadership,” stated Chief Don Tom, UBCIC  Vice-President.

“Although the election proved to be an unwanted distraction, UBCIC would like to sincerely congratulate and recognize all Indigenous candidates – a record 77 – who ran in this election. Indigenous leadership is necessary and foundational for a country that has promised reconciliation and committed to the implementation of the UN Declaration on the Rights of Indigenous Peoples. To recognize their invaluable leadership, UBCIC will be hosting Indigenous candidates from B.C. at UBCIC’s AGA on September 29, 2021, who will reflect upon their campaigns and elections.”

“While the federal election maintained the status quo, Indigenous peoples will not be content with status quo progress and change; the Liberals will need to work with the NDP and other political parties to ensure they translate voter dissatisfaction and frustration into immediate, substantive action,” concluded Kukpi7 Judy Wilson, UBCIC Secretary-Treasurer.

“It has been fourteen years since the UN Declaration on the Rights of Indigenous Peoples was passed by the General Assembly of the United Nations, but Canada has yet to fully implement and advance the minimum human rights it enshrines. UBCIC reminds the Liberals that to secure a healthy, successful government that has the full confidence of Indigenous peoples and Canadians, they must work harder to move Indigenous issues from the fringes of mainstream Canadian politics to its centre.

“It is well known that Indigenous peoples have the lowest voter turnout in Canada due in part to feeling that their voices don’t matter. After only being granted the right to vote in 1960, Indigenous people do not want to support a system that has oppressed them for centuries and rightly feel that they are irrelevant to local and national politics. This couldn’t be further from the truth however, and it is Prime Minister Trudeau’s continued duty to ensure Indigenous peoples are given equal opportunities to exercise their powerful and empowering self-determination and Title and Rights.”

Be the first to comment on "Unnecessary, Expensive Election was a Distraction that Sidelined Indigenous Issues"