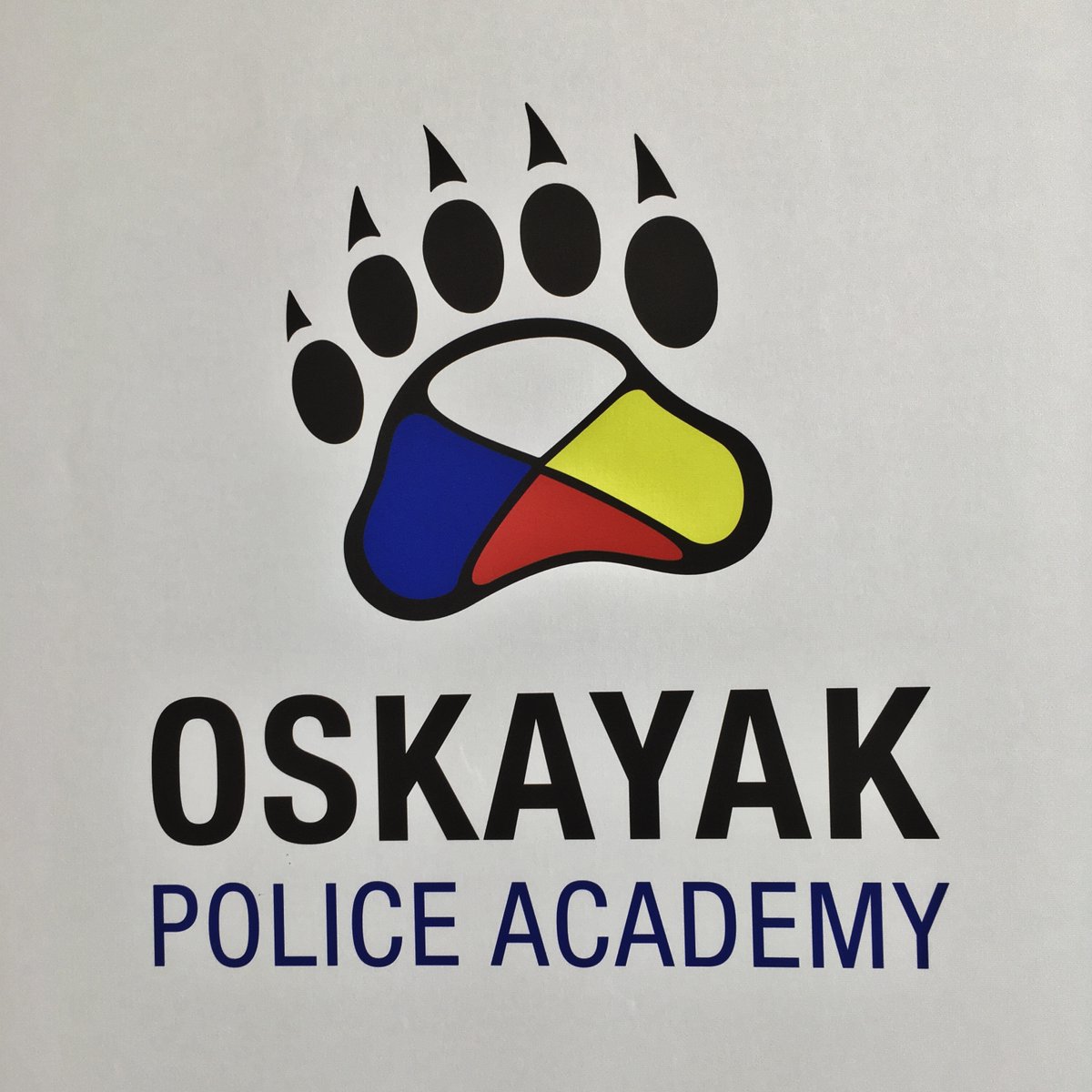 Designed “to engage, inspire and inform,” the program is held every July by community organizations who’ve come together in a unique partnership to support the EPS initiative and the youth who participate in it. Partners in the venture include EPS, Amiskwaciy Academy, Metis Child and Family Services (MCFS), Bent Arrow Society, Metro Continuing Education, FNMI (EPSB) Schooling and the Braided Journey’s Program.

Program volunteer Kari Thomason, who also works as the SNUG Coordinator for MCFS, has been with the program since its inception.

“Yes, this is my fifth year and it keeps getting better,” she said in a July 12 interview, the day before the 24 participants would officially graduate from the 2018 program. 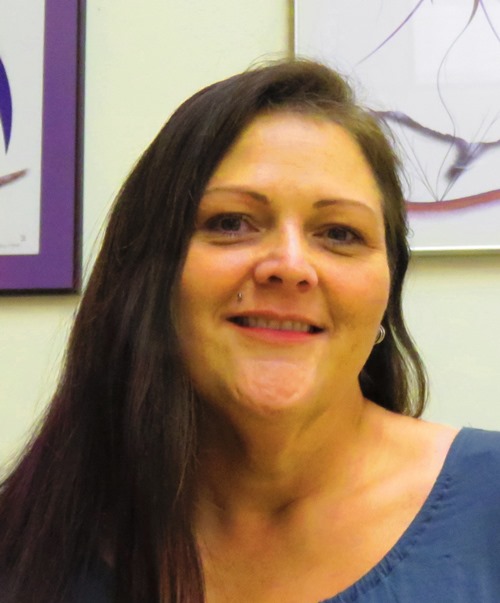 “We had a dynamic group this year. It was probably the calmest class I’ve seen so far. Most of the participants were highly athletic and when they participated in the obstacle course at Griesbach they gave some of the officers quite a challenge. Some of the youth even beat the officers at some events. The kids were very proud of their efforts and the police officers they competed with and against expressed their surprise and their pleasure at the condition of the youth. It’s inspired some of the members who told the participants that they’d now be working harder themselves. The kids laughed and said they’d be happy to help out if required; we had some great moments!”

This year’s Oskayak Police Academy (OPA) took place at Amiskwaciy from July 3-13. Students who participated earned school credits, were provided with lunch and snacks and were treated to a graduation feast to celebrate their accomplishment. The free academy program is designed for youth aged 14 to 18 years.

To achieve that goal youth participants were taught why police officers do the job they do and how they interact with the community via the various roles they play within it.

The youth not only learn what it takes to become a police officer, the program also helps them develop and apply healthy relationships and recognize the importance of positive attitudes and good communication skills. The end result brings increased self-esteem, a positive sense of direction, a better sense of personal ability and first-hand knowledge about policing practices, culture and protocol. 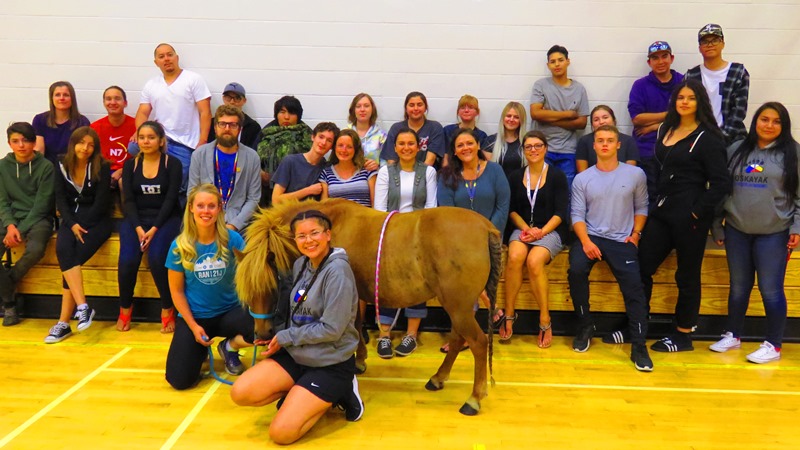 The 2018 graduating class and partners who participated in the fifth annual Oskayak Police Academy training and learning program at Amiskwaciy Academy.

“This year we had two full time EPS members in the program and another 20 or more filtering in and out and participating in the various stages of the program,” noted Thomason. “Different units came to challenge the kids at floor hockey and dodge ball and the Community Action Team came and challenged the kids to a bannock bake-off.”

Volunteerism is a critical element of the OPA initiative, something that Thomason said “promotes the importance of giving back to the community. This year’s program participants put together 200 hygiene bags for men and women and 200 bag lunches and then went down to the inner city to distribute them. We worked in groups of five and walked throughout the inner city and handed them out to whoever asked for one. Some of the kids said they were interested in doing this more often, even once they’d finished the academy training.”

Crime scene investigation and analysis was another part of the program’s components.

“The kids took finger prints, were involved in the dusting for prints and even got to take a set of their own fingerprints home with them,” noted Thomason. “The youth acted as detectives; they had to locate the prints on various items and they took a lot of interest in it.”

Participating youth also got to meet the tactical team, wear the equipment, participate in a riot-squad line and counter the actions of other participants not dressed in tactical gear.

“They absolutely loved that part,” chuckled Thomason. “They switched places and every kid who wanted to participate had the opportunity to play both roles.”

The K-9 unit put on a demonstration that included the police dog helping to apprehend a criminal, another who tracked a suspect by following his scent.

“The kids were enthralled with the events they participated in; they especially liked seeing all the armour, weapons and gear used by the tactical team. They got to meet the bomb squad and watched robots in action, including the robot who checks out bomb incidents.”

The program participants also paid a visit to the Northeast Division Police Station where, noted Thomason, “they had a full tour and visited the cell block before seeing and sitting in all the various vehicles utilized by the police service; they got to blow the horns and sound the sirens and that was another great experience for the kids – they absolutely loved it.” 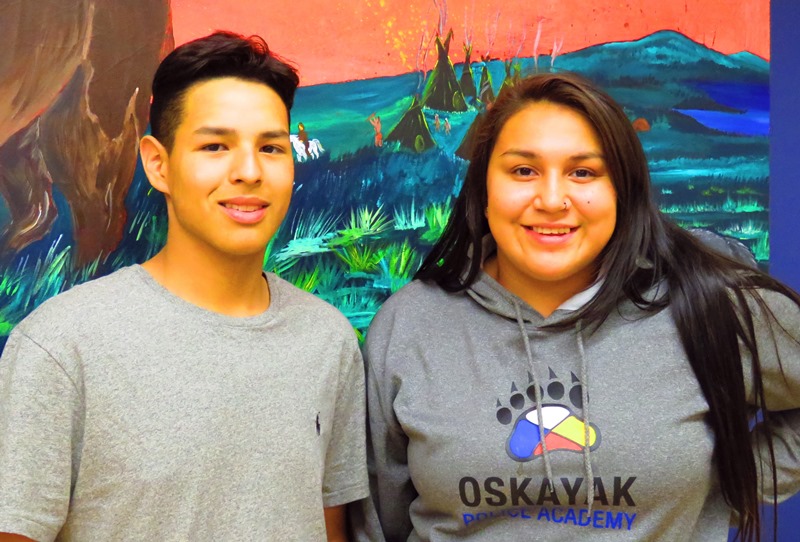 OPA participant, 15-year-old Darius House, said he loved the program and would like to attend again next year. This fall he’ll be attending East Glen High School.

“I learned about the policing program from my school constable, Stacey Price,” he said, adding: “I really enjoyed the program; I learned a great deal, made lots of new friends and shared in a lot of new experiences with other kids. It’s going to be a sad day to say goodbye to everyone, but I think I have made some lasting friendships. The program has broadened my knowledge, increased my self-esteem, given me the opportunity to participate in new things, meet new people and to see the world from a new perspective.”

Though he’s so far been seriously considering a career as a mechanic, the OPA program has given him food for thought.

“Once I’ve earned my journeyman’s certificate as a mechanic and have a good trade to fall back on, I may consider a career as a police officer but it’s too early to say right now.”

16-year-old Dinah Keewatin heard about the program from her social-worker grandmother.

“The moment I heard about the program I was interested and now I’m very happy that I participated. I really enjoyed my time with this program; my grandma was right when she said I’d see a lot of new things and meet a lot of new people; it’s been great. The program has taught me several things and it’s given me insight into yet another career possibility.”

Right now, she said, she has plans to become a fire fighter, noting that “this two-week police training program has given me new insight and it’s given me an idea of what it takes to succeed. This program has helped me to communicate better and to understand the importance of giving back to my community. I enjoyed passing out the bags; it was nice to know that we were making someone’s day a positive and maybe memorable occasion.”

The Oskayak Police Academy continues to be a successful venture and one that is making a positive difference in the lives of everyone involved.

“The program is so successful,” noted Thomason, “that other communities and policing agencies have heard about it and are wanting to come and observe what we are doing so they may develop a similar program in their communities.”

The national Wolf Award honours the efforts of people and agencies who make an effort to improve harmony between cultures and races. When EPS became the first law enforcement agency in Canada to win the prestigious award from Wolf Project founder Heather Acres in 2016, Amiskwaciy Principal Fred Hines stated: “The establishment of the Oskayak Police Academy demonstrates the leadership and determination to bring community members together to plan throughout the year and provide Aboriginal youth with hands-on experiences with police in a culturally sensitive environment.”

The program, reiterated Thomason, continues to “get better with each passing year.” 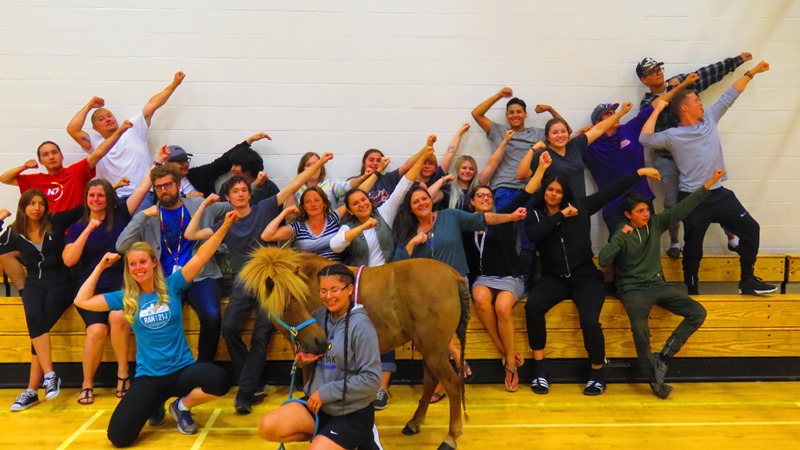