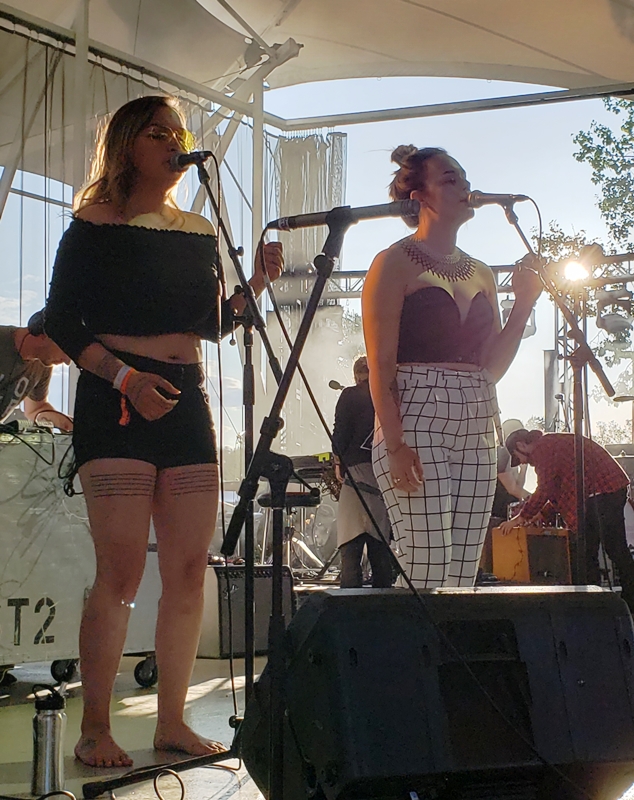 (ANNews) – A little scattered rain couldn’t dampen the excitement at the 2018 Interstellar Rodeo at Hawrelak Park in Edmonton. Alright, maybe it was more than a little rain. Regardless, nothing represents Summer in the city more than a weekend-long festival filled with amazing music, unique food trucks, and general fun for the whole family – even if we had to get a bit wet covering it.

This year’s iteration of the Edmonton staple really stepped up their game as far as paying tribute to Indigenous culture, art, local history and community resources. Making sure to remind attendees that they were celebrating on Treaty 6 territory was just the tip of the tipi.

The Indigenous Artist Market Collective (IAMC) had an amazing display of local crafts, and iHuman had an opportunity to showcase some of the talented and resilient young people that they support in the community. But they didn’t stop there. Interstellar put together a star-studded musical lineup that featured 40% performers from Indigneous descent, including A Tribe Called Red, Riit, Diga, Josh Q, and Alberta-based artists Nêhiyawak, Celeigh Cardinal and Jay Gilday.

From A Tribe Called Red’s astoundingly high-octane performance on Friday July 20 to the modern and ominous throat singing of Riit on Sunday July 22, there was a non-stop flow of quality entertainment. Absolutely worth getting a little wet for – and looking forward to next year.