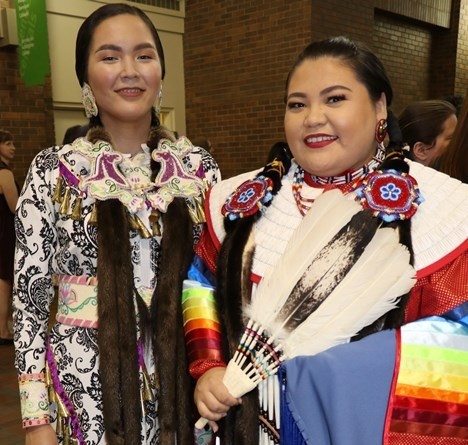 (ANNews) – Across Canada the momentum has been building, as more and more people and communities acknowledge and honour our Indigenous peoples. The expanding efforts at reconciliation are partly responsible for the positivity as are the demonstrated commitments of government and Indigenous communities in such areas as cultural awareness, education and increased visibility.

Edmonton is one of the larger urban centres that witnesses a full week of celebration; two events were held on the morning and early afternoon of June 21. The first was hosted by Bent Arrow Traditional Healing Society and the second was hosted by Indigenous Services Canada at Canada Place in downtown Edmonton. 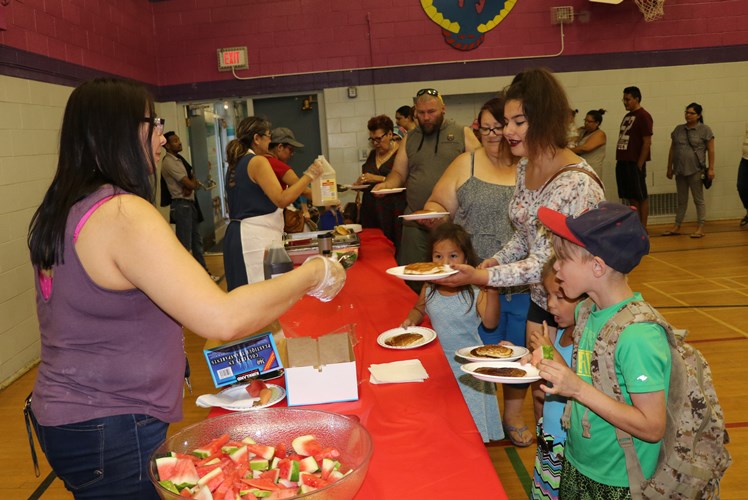 Everyone enjoyed the pancakes at the Bent Arrow Indigenous Peoples Day Breakfast event in Edmonton on June 21.

Bent Arrow hosted a free pancake breakfast at its Parkdale School location that was open to everyone.  The event was well attended, and executive director Cheryl Whiskeyjack was pleased with the turnout. The society has been working hard to expand its good relations with the neighbouring community, which includes many newcomers from other countries.  “Our engagement with the community has become more natural and deeper,” than ever, noted Whiskeyjack, and she was thrilled that in addition to their usual community of participants, a large number of newcomers attended the festivities. 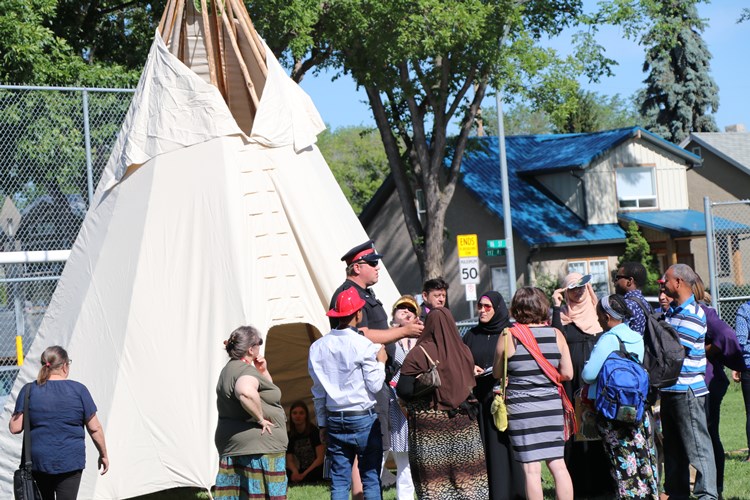 Edmonton Police connected with community members about the services they provide.

She expressed her delight in discovering that “our world views are pretty similar.”

Approximately 400 people were treated not just to food and beverages, but to fun and games, including storytelling, hide tanning demonstrations, hand games, and other family friendly activities. The Edmonton Public Library, the armed forces, the fire department and police services also had staff on site to do demonstrations and answer questions from the many people in attendance.

Whiskeyjack remarked that she has seen a gradual and positive evolution in the way that many people participate. “They started coming to our events as outside observers but now they come as full participants,” she explained. 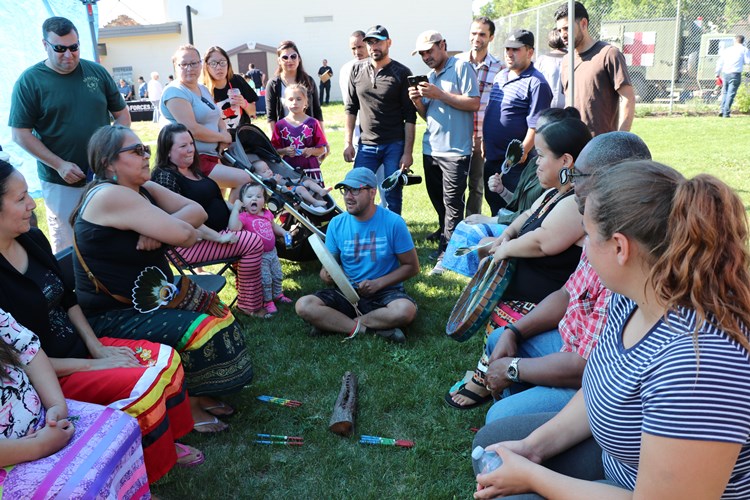 The handgame demonstrations proved to be very popular.

One of the extremely popular “give-aways” were the society’s brightly coloured hand fans that were beautifully decorated with an eagle feather-design. They were lovely to look at and so practical on that hot day.

Within the last couple of years there has been “a large growth in the number of people from the community coming to our events,” said Whiskeyjack who added she’s pleased that so many come with open minds and “with good hearts.” About 200 of the younger visitors, she explained, were students from surrounding city schools.

Edmonton’s Canada Place, a popular venue, easily accessed by public transportation, again played host to a noon-hour celebration that began with a grand entry led by veterans and service men and women, in addition to Elders, politicians, dignitaries, event organizers and dancers and singers. 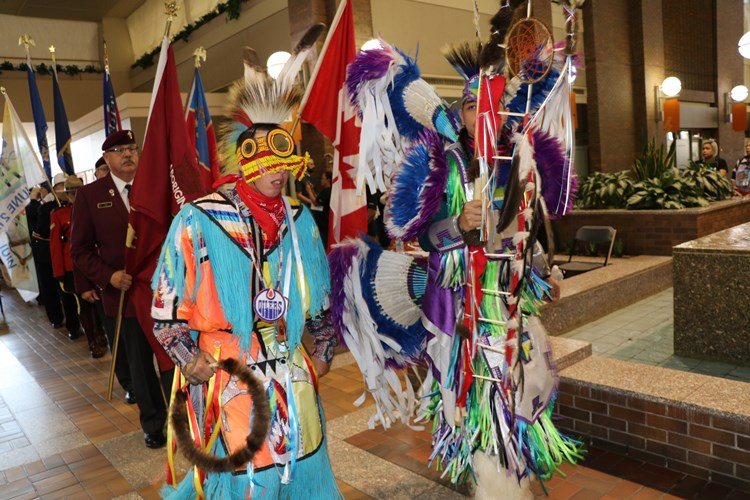 Cornelius Gladue and Catherine Turgeon participated as emcees. The stage events got mobile with an opening prayer followed by O’ Canada, trumpeting of the Last Post, a moment of silence and finally, Reveille. 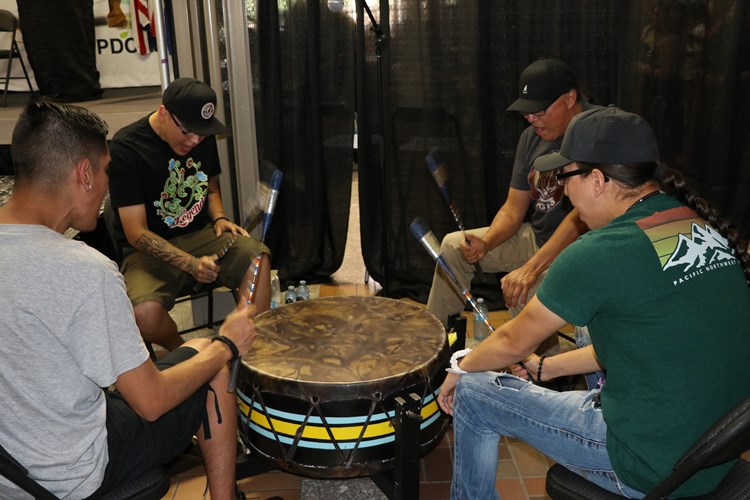 Following the energetic performances was an inspiring speech from Treaty Six Grand Chief Wilton Littlechild who encouraged today’s youth to seize the opportunities that come along and to acquire an education, involve themselves in their culture and communities, participate in sports and physical activities and dedicate themselves to helping others.

As was the case earlier in the day at Bent Arrow, a sizeable portion of the audience consisted of newcomers to Canada.

Among the visiting dignitaries were the Regional Director General of Indigenous Services Canada, Jim Sisson and the Alberta Minister of Indigenous Relations, Richard Feehan, who also shared a few words regarding the government’s ongoing commitment to supporting Indigenous initiatives that make for a better province and country for everyone.

In summing up the noon festivity, Daniels claimed, “This first year without Heather Poitras (past organizer), was challenging.” Nonetheless, she was “pleased overall.” The day, she continued, “is an occasion to celebrate the rich culture and heritage of Indigenous people and for all Canadians to learn about the outstanding contributions of First Nation, Metis and Inuit in Canada.” 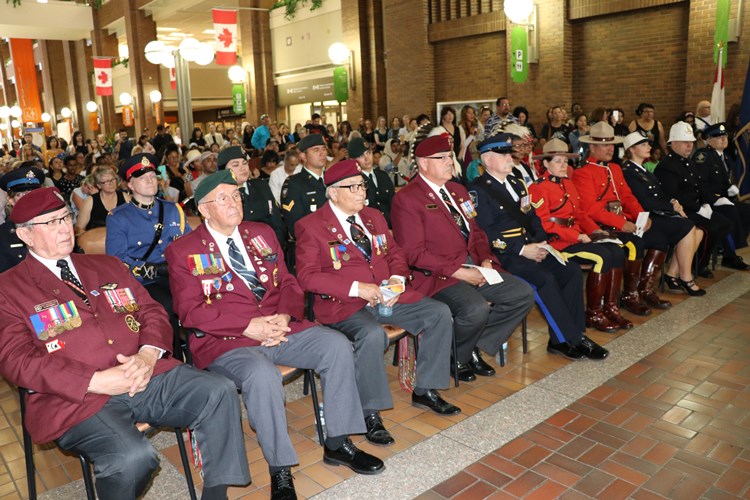 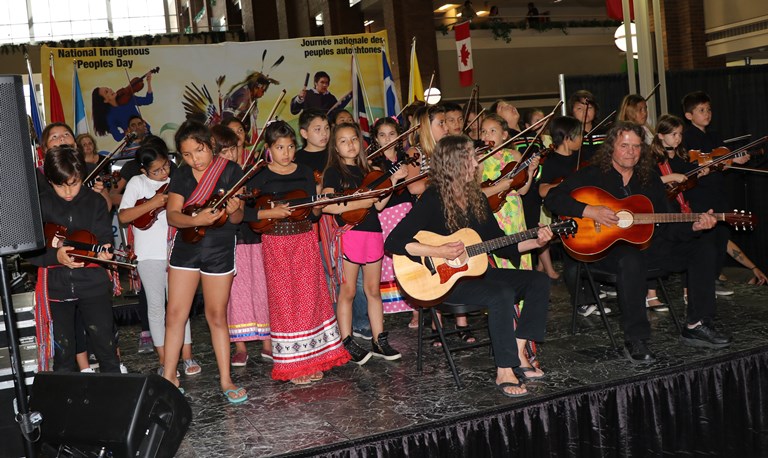