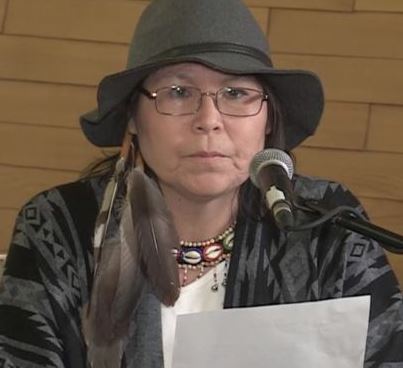 (Under the Northern Sky) – Chief Marcia Brown Martel of Beaverhouse First Nation near Kirkland Lake Ontario is excited and relieved that a Toronto judge has ruled in favour of the 60s Scoop class action lawsuit. The suit which Chief Brown Martel has led over eight years in court represents some 16,000 plaintiffs who were part of the Federal Governments placement of First Nation children in families outside their culture and communities during the 1960s, 70s and 80s.

“Now we can go on with this process with the Federal government if they choose not to appeal but to sit down with us and settle things. I want to see that the government indeed acknowledges that the 60s scoop has affected our First Nations and the identities of children who are now adults. We also see the reality now of what is known as the Millennial Scoop. This is still happening today and the footprint of this is almost identical to the 60s scoop as our Aboriginal children are still being taken away by child welfare agencies and placing them in environments that do not acknowledge or provide for them as First Nation children in a specific way. We are still losing them as they are not in their First Nations to learn their culture and traditions,” said Chief Brown Martel. 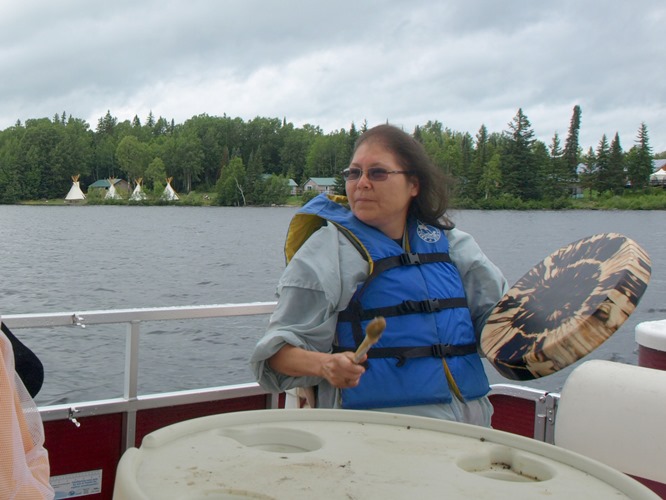 Beaverhouse First Nation Chief Marcia Brown Martel, the lead plaintiff in the 60’s Scoop Class Action, is pleased with the ruling and ready for the process to continue.  Photo by Xavier Kataquapit

Superior Court Justice Edward Belobaba made his ruling based on the fact that the Federal government had a common law duty of care to take reasonable steps to prevent on-reserve children from losing their indigenous identity after they were removed and placed in non-indigenous care. Chief Brown Martel explained that the ruling in the 1.3 billion dollar class action suit is not about the money primarily but has also to do with the Federal government taking responsibility for their actions regarding the 60s scoop, making an apology to the victims, providing for a healing process and negotiating a settlement in good faith.

“Our success with this ruling now means that the Federal government will have to deal with us once and for all. I have been part of this fight for justice since 2002 and have been participating in the class action lawsuit through the courts for the past eight years. This should have been settled long ago but the Federal government has been stalling us all along. Now we have a way to move forward,” explained Chief Brown Martel.

As a child she was one of the thousands who were taken from their families and their First Nation to be placed with non Native families. As a teenager she had to deal with the breakup of her adoptive non Native parents and returned to her home traditional lands at Beaverhouse First Nation. As pointed out in the class action lawsuit the scooping up of these children caused them to be raised without any link to their traditional culture and that fact, amplified by many other realities, caused much pain, mental problems, addictions and suicides over the years.

“This is about Canada and a healing that has come out of this for all of us. This is all about standing up for common regular every day Canadians that were wronged. This was about more than just the children who were taken, as it affected mothers, fathers, uncles, aunts, cousins and communities. This was damage done on a wide scale basis. This is not over yet and we will continue on this journey to provide the healing process needed to go forward,” said Chief Martel Brown.

She gave thanks to Jeffery Wilson, Brenda Christen and Jessica Braude of Wilson Christen LLB who handled the class action lawsuit over the years. As well she thanked Nishnawbe-Aski Nation (NAN), Chiefs of Ontario (COO) and the Assembly of First Nations (AFN) for their support and sharing of information over the years.

According to Minister of Indigenous and Northern Affairs Carolyn Bennett and the Federal Liberal government, the next step is to sit down and have a conversation about the things that really matter to the survivors and to be inclusive and to make sure that the history is well known. She noted in an interview with the Canadian Broadcasting Corporation (CBC) that she is supportive of healing and the prevention of any such atrocity from happening again.

Although much of the stalling regarding the class action suit came from the previous Conservative Federal government during the Harper years, the Liberals have also recently suggested meeting outside of the court action for dealing with the situation. At this point with the ruling of the Ontario judge the Federal government must deal with the suit directly. Minister Bennett has claimed that the government will not appeal this court ruling. She has also said that the Federal government recognizes that harm has been done and there is a need to move forward and right the wrongs. For more detailed information you can view the website sixtiesscoopclaim.com

60s scoop victims have a new voice in Alberta