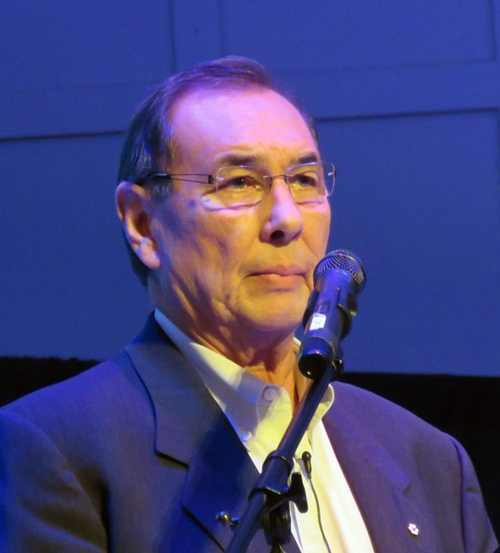 (February 2017) – “The court makes it clear that the mandate of successive Canadian governments was to suppress and assimilate Indigenous peoples through the removal of their governments, their cultures, their languages and their children, and that it breached its duty by scooping up thousands of children and failing to protect them,” said Grand Chief Willie Littlechild, spokesman for the Confederacy of Treaty Six First Nations.

On Tuesday Feb. 14, an Ontario Superior Court found that the federal government failed to prevent on-reserve children from losing their culture and identity after they were forcibly taken from their homes as part of what’s known as the Sixties Scoop between 1965 and 1984. First Nations contend that the number of children scooped, surpassed the numbers of children forcibly sent to Indian Residential School.

Justice Edward Belobaba had written in his ruling that Canada breached its “duty of care” to the children, and ignored the damaging effects of the Ontario-led program. There are lawsuits in other jurisdictions across the country over similar programs that placed children in non-indigenous foster care or adoptive parents, including in other countries.

“The uncontroverted evidence of the plaintiff’s experts is that the loss of their Aboriginal identity left the children fundamentally disoriented, with a reduced ability to lead healthy and fulfilling lives. The loss of Aboriginal identity resulted in psychiatric disorders, substance abuse, unemployment, violence and numerous suicides,” Belobaba stated siding with the plaintiffs.

After a long eight-year court battle this decision states Canada failed to take reasonable steps to prevent on-reserve children in Ontario from losing their Indigenous identity. The class action was bitterly fought by the federal government but paves the way for an assessment of damages the government will now have to pay.

Grand Chief Littlechild declared, “Canada has to take the necessary steps to ensure that the evils of the past can be put aside so that Indigenous Peoples can grow and move beyond the trauma and psychological harm. We need to improve the relationships and we must continue to push for the Truth and Reconciliation Commission’s Calls to Action and urge all levels of government; federal, provincial, territorial and Indigenous, to work together to change policies and programs to repair the harm caused by the Sixties Scoop and move forward with reconciliation.”

“For example, we need a better relationship with Vital stats because there were very poor records or a lack of data of those children who are not registered at time of apprehension, which made it easier for child welfare agencies to place Indigenous children in non-Indigenous homes. We need a more efficient way to track our kids in care and work with the federal government on the Indian Status Registry so we can create cultural and familial ties and develop prevention and surveillance strategies when a child enters the system or a health, education institution, or is incarcerated. We need to ensure that children are enrolled shortly after birth and deaths are reported in a timely manner,” expressed the Grand Chief.

The ruling in the bitterly fought class action paves the way for an assessment of damages the government will now have to pay. Indigenous Affairs Minister, Carolyn Bennett said Tuesday the government would “absolutely not” appeal the ruling, but would push to settle on monetary compensation out of court.

The Grand Chief concluded, “Our Treaty No. 6 (West) Chiefs recently passed a Declaration of the Rights of Treaty No. 6 (West) First Nations Child and Family Wholistic Wellness, proclaiming there is nothing more important than our Treaty Indigenous children and their well-being as our future generations and the beneficiaries of our lands and our Treaties. This is a very important step that our Chiefs have taken in leading to the recognition of their jurisdictional authority, along with this decision, we have hope for the future well-being of our children and families.”