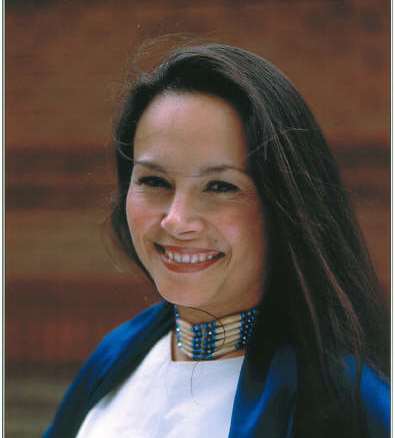 “I am very proud to welcome Christine to the Citadel Theatre. She is an inspiring artistic leader and an important voice in Edmonton’s cultural community,” said Cloran. “I look forward to working with Christine to make the Citadel Theatre an open, respectful, welcoming space for Indigenous artists and audiences, and a proactive leader in the creation and presentation of Indigenous live performance.”

“This is a very exciting and courageous move for the Citadel Theatre and Artistic Director Daryl Cloran to open the doors to Indigenous artists and strive for inclusivity,” said Ms. Frederick.

Christine Sokaymoh Frederick is co-founder and artistic director of Alberta Aboriginal Performing Arts and producer of the annual Rubaboo Arts Festival. She is also Executive Director of the Dreamspeakers Film Festival Society.

Ms. Frederick is an urban Cree-Métis and has thirty-five years of experience in multiple artistic disciplines. She’s attended the University of Alberta, the Banff Centre for Arts, and the University for Peace (Costa Rica, Indigenous Rights in the Field). A Past Chair of the Edmonton Arts Council, Ms. Frederick currently sits on the board of directors for the Edmonton Symphony Orchestra/Winspear Centre and the Edmonton Indigenous Public Art Park steering committee, and was recently appointed as Vice Chair of the Alberta Foundation for the Arts. She is the recipient of the 2016 Mayor’s Award for Excellence in Artistic Leadership.

In her capacity as Indigenous Associate Artist, Ms. Frederick will help identify Indigenous playwrights and projects for the Citadel Theatre to support and commission, and will lead outreach and engagement opportunities for Citadel productions that feature Indigenous voices, starting with the Citadel’s mainstage production, in March 2018, of Children of God, a musical written and directed by Corey Payette.

This initiative is made possible in part by the Community Fund for Canada’s 150th, a collaboration between Edmonton Community Foundation, the Government of Canada, and extraordinary leaders from coast to coast to coast.