(ANNews) – Ottawa’s call for a national inquiry into Missing and Murdered Aboriginal Women began in earnest in December 2015 but the initiative took time to put together and it was late July 2016 when media reports highlighted some of the initial work being done before the inquiry could get underway. On August 3, 2016 the Liberal government officially launched the national inquiry, an initiative that’s been restricted to a two-year term. Considering that it took 11 years, seven for the final group of Truth and Reconciliation commissioners to come up with a final report, it would appear that two years may not be enough time to get to the truth of the matter.

Last month the lead commissioner of the inquiry, Marion Buller told media that she and the other four commissioners were in the process of hiring staff as they prepared to open the Vancouver-based Inquiry Headquarters. Defending the process being put in place to ensure that after nearly a decade of failed talks and no action by the Conservative-led Harper government, answers would be forthcoming, Buller stressed that the new appointed Commission is “moving at great speed, but we are also being careful about what we are doing.”

Responding to concerns and complaints from groups that include the Native Women’s Association of Canada (NWAC), Buller went on to blame the messenger, noting that when the inquiry was announced this summer it was done in a manner that “mistakenly” lead people to believe that the inquiry sessions would begin immediately. 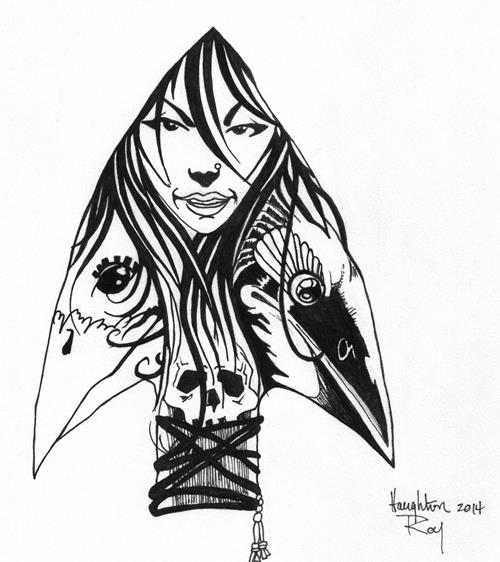 “Those expectations were built inappropriately and unfortunately,” assured Buller. “However, when you look at the start times … for other inquiries and other commissions, we are actually doing very, very well.”

She also noted that the commissioners were adamant at ensuring “that we are culturally appropriate because Indigenous cultures across Canada are radically different from each other.”

As trite and unconvincing as that may sound, Buller is right, but the two bottom lines have little to do with cultural differences. Every Canadian wants to get to the bottom of the barrel to find out what sinister monster is responsible for the ongoing issues of murdered and missing Aboriginal women, be it incompetent policing, a malingering hate for Indigenous peoples or stereotyping and marginalization coming full circle. Others want to know if there’s any truth to a 2015 report by the RCMP that points to Aboriginal men as being responsible for most of the violence perpetrated on Indigenous women.

Women’s organizations just want to know why it’s taking so long to get the ball rolling and why such a lack of communication exists between the Commission and the public.

During the 2016 Sisters in Spirit campaign, an initiative that hosts vigils throughout Canada on October 4 each year, NWAC President Francyne Joe, speaking from Ottawa, said her organization was concerned.

“We are very concerned,” she noted in comments to media. “The two-year mandate that the National Inquiry Commission has been given leaves a very short time for the mandated tasks of establishing regional and issue-specific advisory bodies, creating trauma-informed and culturally aware counselling services, and beginning the substantive process of listening to family members, loved ones, and survivors express their stories all across Canada.”

It doesn’t seem reasonable, she argued, that after so many Canadians have made it clear that they want answers, the commission is moving at a turtle’s pace and without any signs of progress to date.

“After 11 years of conducting in-depth research, publishing extensive reports, and campaigning for a National Inquiry to address the alarming rates of violence against Indigenous women and girls, we are very disappointed to see that over two months into the two-year Inquiry mandate, no visible progress has been made. Family members, loved ones have been waiting for decades to be heard.  We recognize that it’s a big task to start a National Inquiry but the lack of communication has been disappointing and worrying.”

In a statement, Francyne Joe said that family members, loved ones, and survivors deserve a transparent National Inquiry that is capable of delivering justice and properly honouring the over 1200 Missing and Murdered Indigenous Women and Girls in Canada.

“A transparent National Inquiry,” she added “includes easily accessible information regarding office locations across Canada, readily available contact information to the Commissioners and their staff, a step-by-step guide on how to get involved with the Inquiry, a straightforward and coherent website, and other necessary infrastructure that will ensure the success of this Inquiry. The time has come for the Inquiry Commission to illustrate its competence in being able to adequately address the systemic causes behind the high rates of violence against Indigenous women and girls. The immense responsibility associated with the tremendous task of addressing one of the gravest human rights abuses in Canada’s history leaves no time to waste. The time to begin this important work is now.”

The Native Women’s Association of Canada is committed to monitoring the progress on the National Inquiry and will continue to apply pressure on the Inquiry Commission to live up to the family members’ high expectations.

Funded by Status of Women Canada (SWC), Sisters In Spirit (SIS) is a research, education and policy initiative driven and led by Canadian Aboriginal women. The primary goal is to conduct research and raise awareness of the alarmingly high rates of violence against Aboriginal women and girls in Canada.

The first phase of the SIS initiative, which began in 2005, conducted ongoing research that gathered statistical information on violence against Aboriginal women. The research team developed a sophisticated database that included more than 200 variables. SIS research proved that there are more than 582 missing and murdered Aboriginal women and girls in Canada

“We continue to update our database as well as track new cases every week,” noted Joe. “With this information, SIS investigated the root causes of violence against our mothers, daughters, sisters, aunties and grandmother. The SIS team worked closely with families to ensure that their experiences as well as recommendations were well documented and, above all else, focused on restoring the memory of their loved one.”

The scope and breadth of this work was published along with heartfelt life stories of the women in NWAC’s “Voices of Our Sisters in Spirit: A Report to Families and Communities” 2nd edition (March 2009). SIS shares NWAC’s objective to educate and ensure effective access to justice for families of missing Aboriginal women through awareness of police training and resources to deal with reports of all missing Aboriginal women without discrimination.

More than 200 Sisters in Spirit marches and vigils took place across the country this month; Calgary held its vigil on October 1; Edmonton on October 4. A march and an art installation project helped to mark the 13th annual Sisters in Spirit/Stolen Sisters vigil in Calgary this year.

“I’m proud and I’m thankful that all these supporters have joined us today,” said Calgary-based Aiyana Leonard la Couvee, who along with sister Kaiya, organized the art project. “This has been the largest (turnout) we’ve ever seen.”

Calgary SIS vigil organizer and executive director at the Awo Taan Healing Lodge Society,  Josie Nepinak said that the national inquiry “will enable us to move forward. Many families will receive some justice. We will have some answers, possibly some leads and some closure.”

Edmonton’s Sisters In Spirit walk was organized by the Centre to End All Sexual Exploitation, the Institute for the Advancement of Aboriginal Women and the Stolen Sisters and Brothers Awareness Movement. The October 4 event featured speakers, musicians, prayer and traditional drumming.