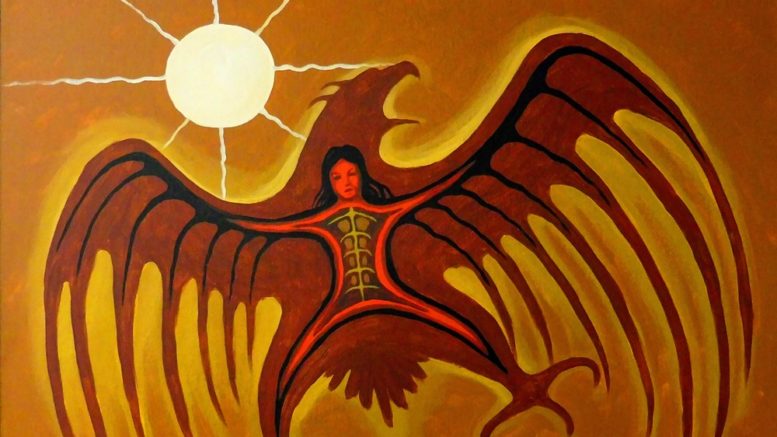 (September 2019) – The extraordinary image that appears on the cover of this month’s Alberta Native News is a detail of Thunderbird Transformation by Carl Ray, one of the gifted Men of Spirit whose newly acquired works will be featured at Bearclaw Gallery in Edmonton from September 21 – October 2. 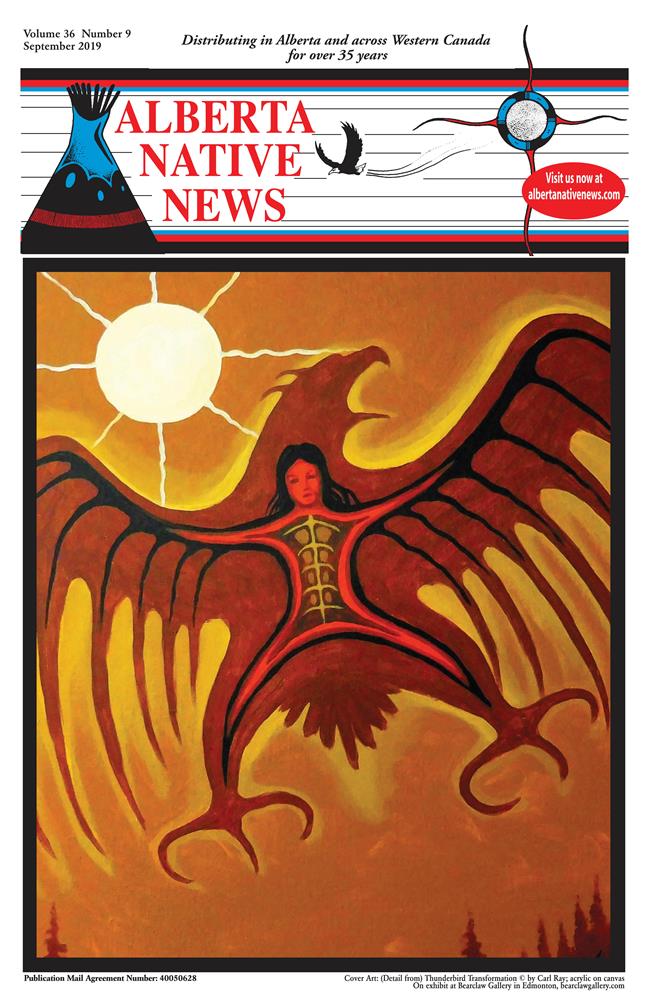 His works will be exhibited alongside an amazing collection of new works by Joseph Sanchez, one of the quintessential artists of our time, a founding member of the (1974) Professional Native Indian Artists Association known as the Indian Group of Seven.

Highly acclaimed, as both an artist and curator,  Joseph’s vast list of achievements include Director and Chief Curator of the Institute of American Indian Arts in Santa Fe, New Mexico.  Sanchez is truly a “Man of Spirit” and his beautiful sense of spirituality and mysticism is evident in all his work.

Of the current exhibition, Sanchez explains, “In a relatively short amount of time on this planet, humans have used its resources at an unprecedented rate. Because of the belief that Man was the master of all things on Earth, all things were there to be used by Man. This hierarchical view of the world in turn fueled separatism, prejudice, war and disrespect for the environment.

“Given the damage our planet has sustained, and continues to sustain, it is up to people today to sing the songs asking for forgiveness from the Creator, to ask for balance and blessings in our prayers, and to humbly and truthfully display kindness and love of all that exists on our Mother Earth and Father Sky. Humans must look to the nurturing spirit to save our home.”

‘Men of Spirit’ featuring the works of Joseph Sanchez and Carl Ray will be on exhibit at Bearclaw Gallery in Edmonton from September 21 to October 2, 2019. The gallery is conveniently located in the Oliver Arts District at 10403 124 Street. Check out their website at Bearclawgallery.com. 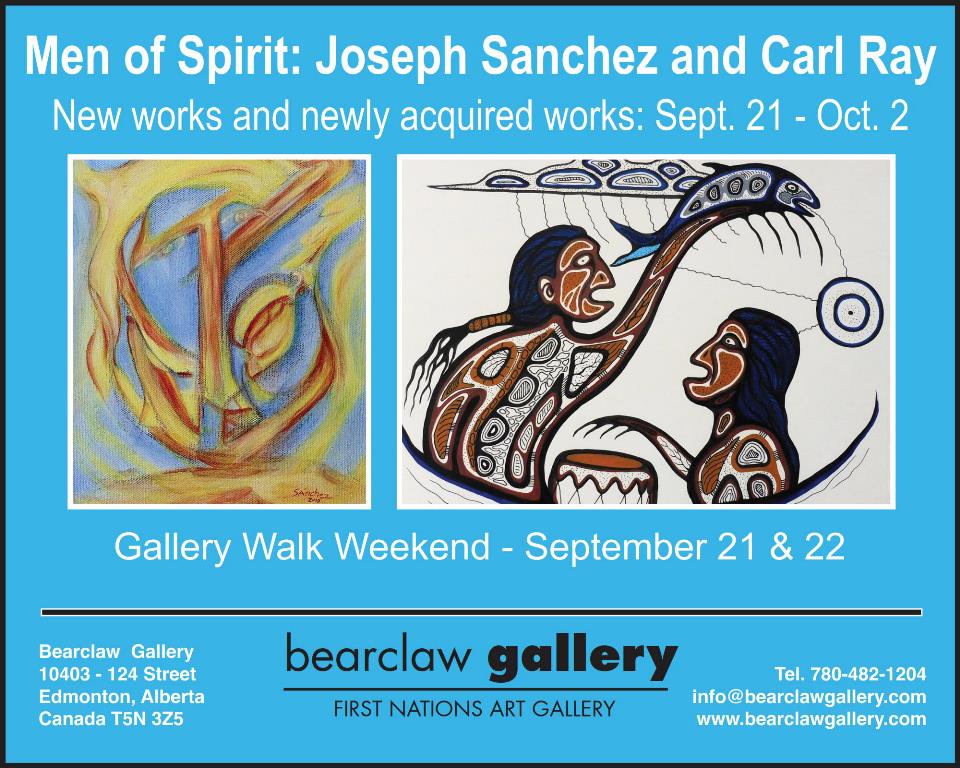