(ANNews) – The beautiful painting on the cover of the May 2018 edition of Alberta Native New is part of a wildlife series by Ron Disbrowe. The image evokes both a feeling of serenity and grandeur as the majestic loon readies to take flight into a glorious sunset – and leaves behind a ripple of calm water.

As a young Métis man Ron Disbrowe wanted to pursue an artistic career but peer pressure and the need to make an immediate living forced him to give up his childhood dream. However, just after turning 31 years of age he consulted with this wife and then made a life-changing decision – he was going to pursue the future he always dreamed about. From that very moment on, Ron’s penchant for creating art would no longer be stifled; he immediately began to put paint to canvas.

“Of course, I did get a lot of encouragement from my brother, who is also an artist,” explained Disbrowe, a 48-year-old Edmonton resident who grew up in rural Alberta. “I worked at other jobs but always took the time to check out the artwork that others were creating. When I began painting and realized that other people enjoyed my work I knew I’d finally found what I truly wanted to do in life. I love working with my hands; it’s very important to me.”

Disbrowe also enjoys carving and participating in other building projects, especially when practicality depends on it. But he is a stickler for detail.

“I’ve built chairs, porches and tables and even the first home we (he and wife Christine) lived in when we got married 25 years ago,” he explained. “I enjoy carving but my first love is painting. I love detail and you get a lot of that in a good carving but it’s difficult to work with. You need an environment that accepts dust better than a basement or garage; not only that but the medium is quite expensive and there’s quite a bit more waste involved. I find that I can capture the detail I am looking for with acrylic on canvas, whether it’s a bird in the air, a deer on the run or the thick fur on a moose’s neck as he stands in the cool winter air.” 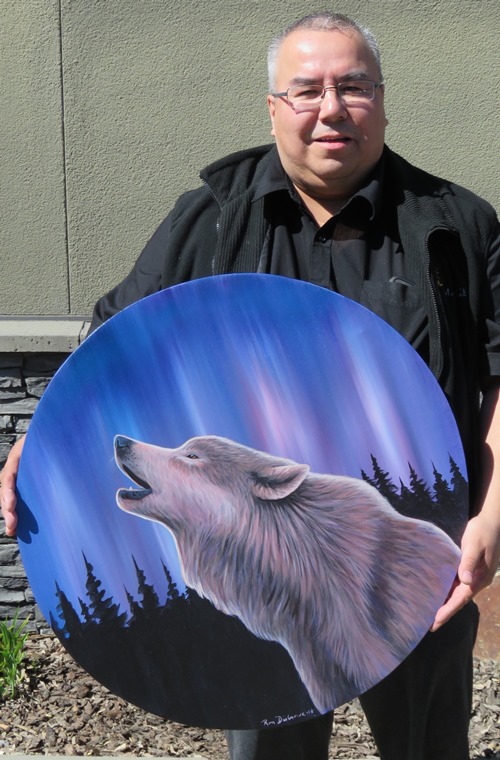 Artist Ron Disbrowe with one of his paintings.

Disbrowe grew up fishing and trapping and hunting for food and as a result has a great love for the outdoors and the creatures who call the wilderness home. Nature scenes are natural to him.

“I do like to show my audience the true nature of the wilderness,” he noted. “Art is special in that it allows you to use colours to express the mood or feeling of the moment you are about to capture.  Soft colours can soothe you, intense colours can provoke you; you can get a lot of feeling from colour and it can easily reflect the mood you are trying to create on canvas. Paintings tell stories and are able to capture every season from spring to winter and every emotion from sadness to heighten joy. Paintings allow every person who views them an opportunity to learn, to discover and to grow. Every person who views a piece of art with an open mind will see something different, learn something new, maybe even something about themselves.”

As he began to establish himself in the world of art, Ron Disbrowe, who then lived in Thompson, Manitoba, went to work (2003-2011) for Marcia Carroll, owner of Precambrian Art Centre, which has since closed its doors. In 2010 the Precambrian collected more than $630,000 in a sealed bid art auction with the proceeds going to Port in the Storm or as it is also called, A House of Hope – a project that builds affordable accommodations for rural Manitobans forced to remain in Winnipeg for medical care.

“Marcia is an absolutely wonderful person who taught me just about everything I know when it comes to art and artists and creating pieces that matter,” Disbrowe assured. “From framing to cutting glass to buying and selling art – even business ethics and professionalism; she is very passionate about art and the gifted artisans she works with. The art business isn’t an easy undertaking; in fact, it’s a specialized field that can only be conquered by honest, strong-willed, intelligent and caring owners.” 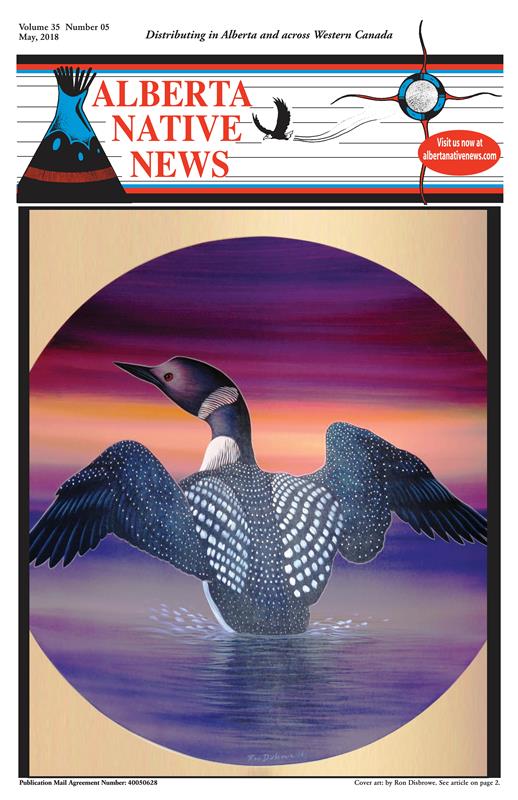 Disbrowe said that since the day he decided to pursue art full time, he hasn’t been disappointed. He works hard to attract his clientele but also counts on social media and word-of-mouth to get the word out. He takes on commission contracts and has worked with both agencies and individual organizations to create meaningful art for special occasions, gift-giving and awards of appreciation.

“If you want to make it in life – no matter what you choose to do for a living, you have to work for it. You have to put your nose to the grindstone and make it happen. Nothing just comes to you; even if you do have something fall into your lap it’s not because you were watching TV – it’s because you were in the right place at the right time. I don’t participate in as many trade fairs, art shows and seasonal sales exhibits as I once did when first establishing my name, but I do pursue business every day and have completed many projects within Alberta’s First Nations and Métis communities.”

Disbrowe continues to create logos and other items for Indigenous groups, organizations and businesses and recently finished one for the Alberta Métis Friendship Centre in Lac La Biche.

His work can be found in private collections and on the walls of business and professional corporations.

His art is available for purchase through his Facebook page – Beautiful Wildlife Art and Crafts. You’ll find a selection of his art as well as a beautiful painting by their daughter Nadine and a stunning bear carving by their eldest son, Melbourne.

Several of Disbrowe’s paintings are also available at the Bearclaw Gallery in Edmonton.

“Ron Disbrowe came to the gallery several years ago,” noted Jackie Bugera, owner of Bearclaw Gallery. “I was immediately struck by the articulate brush strokes and moody quality of his work.  Not only do the animal figures appear almost three dimensional, but sometime I almost hear them telling their story.” 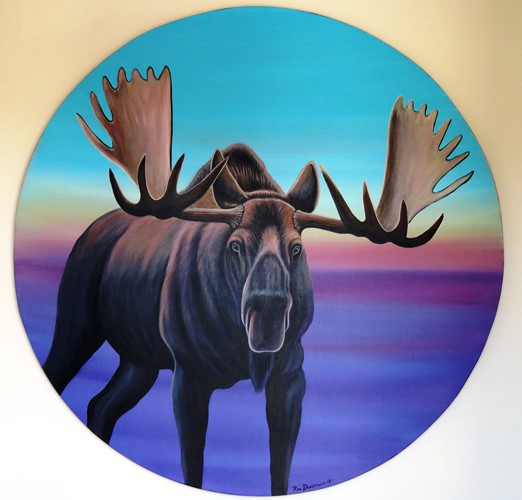 Disbrowe strongly believes in both God and karma, noting that his life took a dramatic turn for the better after he let his honest nature get the better of him.

“I had just completed a project for a local First Nation Chief,” he chuckled, “and when we walked into the main office he nodded to the accountant and told him to ‘cut a cheque for six.’ I was quite taken back when I left the office and opened the envelope to find a cheque made out to me for $6,000. It felt so good – wow! that’s a lot of money. But I quickly realized that I wasn’t actually getting a fifty-four-hundred-dollar tip added to the $600 we’d agreed upon. I turned around and went back in. The accountant gave me a great big hug of thanks. Since that day, good luck has fallen across my path and though it took quite a few years to accomplish, I eventually did earn a cheque for $6,000 and yes, it certainly did feel very, very good.

“There are a lot of people I know who are not doing what they love; unfortunately, it’s usually because of a lack of money,” Disbrowe mused, noting that “since I first decided to trust in my art as a full-time thing, our lives have never been happier. We took a chance and we might still be poor but we believe in the future and we are doing what we love to do. More importantly, we haven’t failed. We don’t want to go to the grave doing something we never liked in the first place.”

Be the first to comment on "Feature artist for May 2018: Ron Disbrowe"