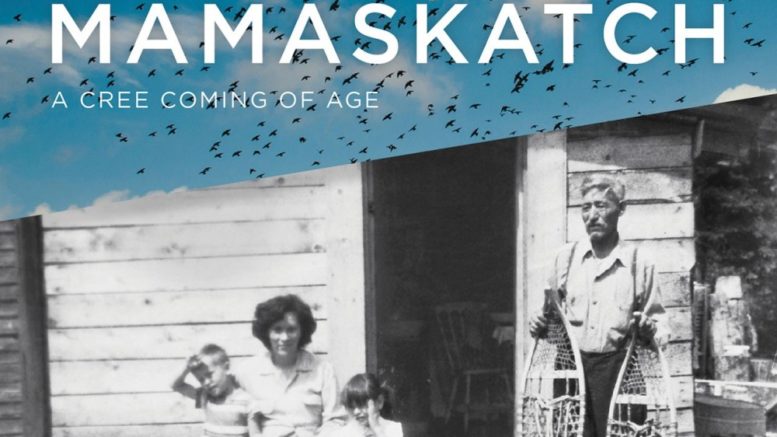 (September 2019) – Douglas & McIntyre is pleased to announce that Darrel J. McLeod and his first book, Mamaskatch: A Cree Coming of Age, have been recognized by the Victoria Book Prize Society as a finalist for the 2019 City of Victoria Butler Book Prize. The winner will be announced at the Awards Gala hosted by CBC Radio’s Gregor Craigie, on Wednesday, October 9, at 7:30 p.m. at the Union Club of British Columbia, 805 Gordon Street, Victoria BC. For information on tickets visit the website or Eventbrite.

In its 16th year, the $5,000 City of Victoria Butler Book Prize is awarded to a Greater Victoria author for the best book published in the preceding year in the categories of fiction, non-fiction or poetry. The five finalists are:

Mamaskatch – a Cree word used as a response to dreams shared – is a series of linked, story-like intervals that weave together Darrel and his family’s wounded lives. Their individual and collective traumas, the tragic flaws that shatter trust and dissolve relationships, the aching attempts to hold on to family and culture, the mysterious presence of birds and ancestral stories, all come together movingly in Darrel’s tender, haunting voice. Mamaskatch won the Governor General’s Literary Award for Non-fiction and was a finalist for the RBC Taylor Prize for Nonfiction and the Bill Duthie Booksellers’ Choice Award.

Darrel J. McLeod is Cree from treaty eight territory in Northern Alberta. Before pursuing writing in his retirement he was a chief negotiator of land claims for the federal government and executive director of education and international affairs with the Assembly of First Nations. He holds degrees in French Literature and Education from UBC.

Darrel is working on a second memoir, Peyakow, following the events in Mamaskatch: A Cree Coming of Age, which will publish in the fall 2020 with Douglas & McIntyre. Darrel lives, writes, sings and plays jazz guitar in Sooke B.C. and Puerto Vallarta, Mexico.

Last year’s winner of the 2018 City of Victoria Butler Book Prize was another Douglas & McIntyre author, Bill Gaston, for his collection of short stories, A Mariner’s Guide to Self-Sabotage. The prize jury commented that “to read a Bill Gaston story is to discover something new about yourself, every time. Timely and timeless, funny and full of depth, these are some of Gaston’s finest, smartest, and most varied stories.”

Be the first to comment on "Author Darrel J. McLeod is a finalist for the 2019 Butler Book Prize"