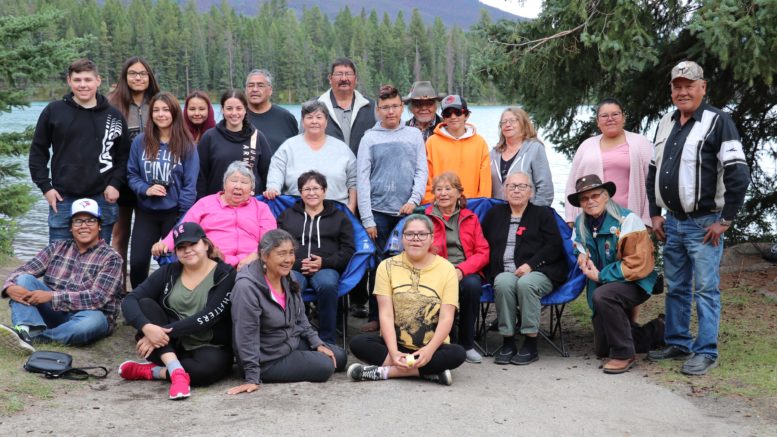 (ANNews) – Twenty-two years have passed since its origins in 1997, and the annual Youth and Elders Gathering at the Palisades Centre on the outskirts of Jasper, Alberta, is still going strong. 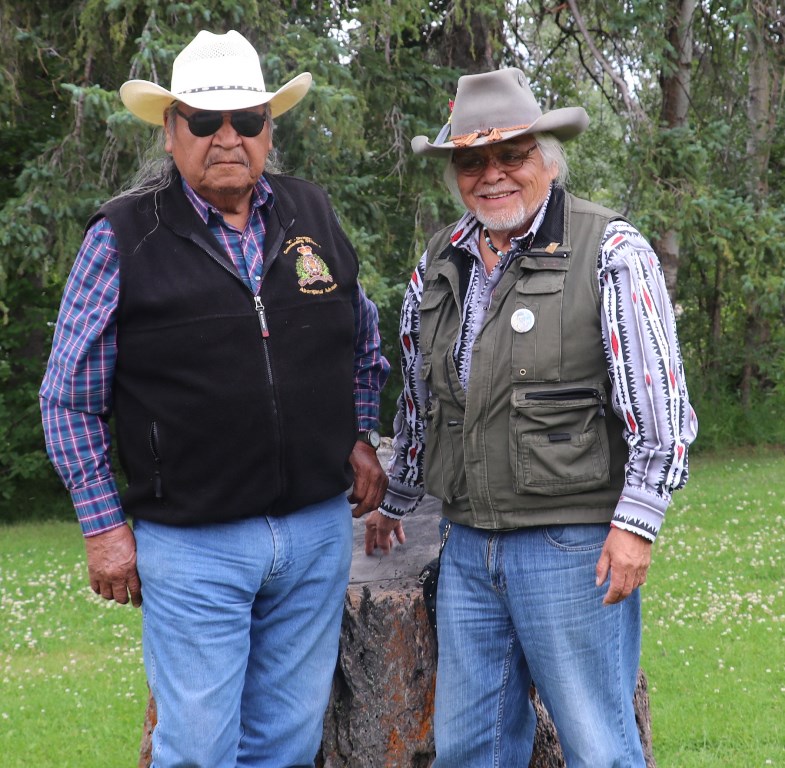 The gathering brings youth and elders together in a warm and friendly environment that helps Indigenous as well as non-Indigenous people share wisdom and knowledge. The shared experience builds character and ensures the transition of Native culture and history in a meaningful, positive and constructive fashion which aids in the molding of future leaders who walk the good road.

The gathering is held in the heart of the Canadian Rockies and as expressed by Kody Taylor, a key player in facilitating portions of the event, it is intended “to bring one youth and one elder from each of the friendship centres for a four-day weekend where we share teachings among each other. We learn from each other as youth and as elders and share what we know.”

From August 15 to 18, activities ranged from campfire circles, storytelling, craft-making, discussions about reconciliation and the residential schools and medicine picking outings in the wonderful outdoors, to an evening of rib-tickling comedy as well as a talent show that brought forward some of the hidden talent from across the community.

To be as inclusive as possible, each day started with a welcome pipe ceremony in the early morning before another welcoming activity commonly known as breakfast.

The celebrants for the pipe ceremony were elders Morris Little Wolf from Piikani Territory in southern Alberta and David Matilpi from Peace River country to the north. 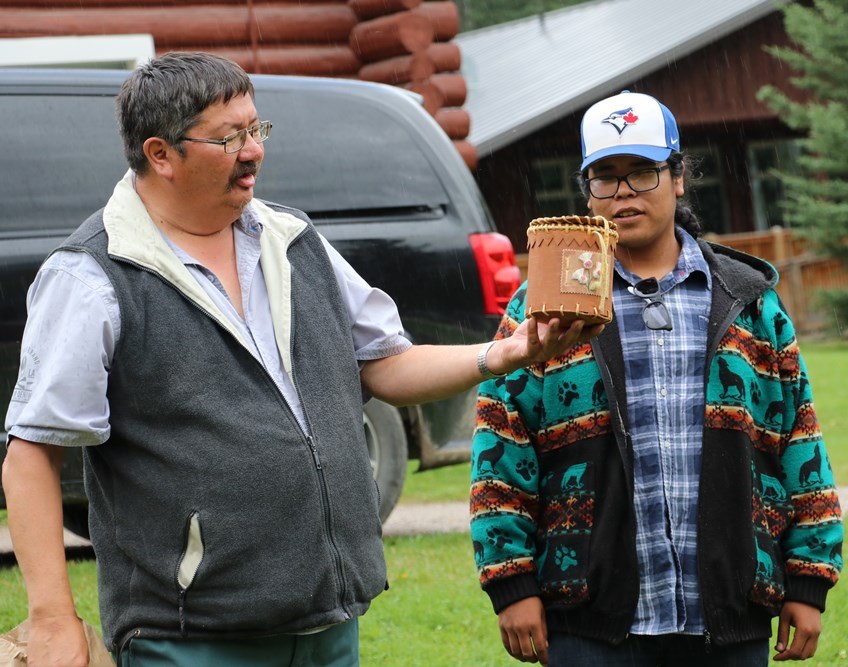 Youth and elders were separated into groups who competed with one another to seek, gather and produce select plants and natural medicines within a given time frame. At one of the evening campfires, the bannock challenge saw the perennial champion team under Marlene Gervais triumphantly reclaim the crown once again

As for the talent show which featured singers, dancers, storytellers and more, the ultimate winner was Lloydminster resident Levi Wolfe for his traditional rendering of a couple of drum songs. To that end, the young man demonstrated quite well his potential as a ‘future leader’ in the broad Alberta community.

A relaxing activity for most participants was an out-on-the-land excursion when youth and elders alike climbed into a yellow school bus and headed off to nearby Lake Annette for one afternoon. They pulled out some fishing rods to try their luck at some traditional hunting for those elusive water critters that just never seemed to appear. It’s still a mystery whether the fishermen left much to be desired or if the lake had simply been ‘fished out’ already. Be that as it may, participants made light of it all and just enjoyed the opportunity to be out there in such a beautiful location among a great bunch of compatriots. 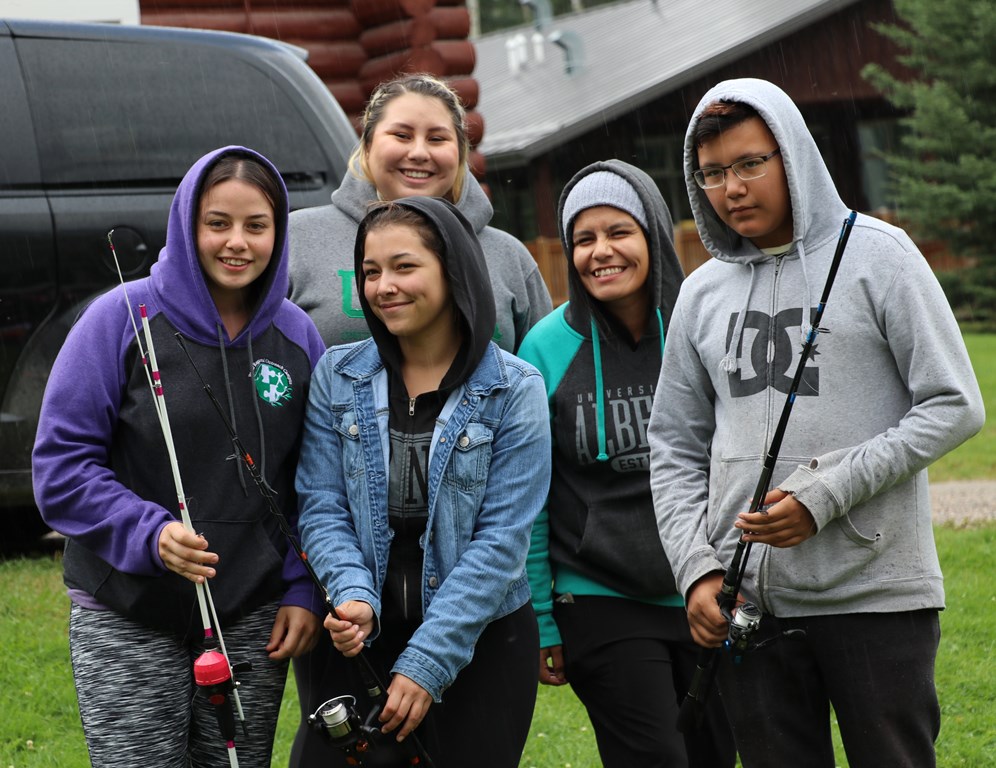 Packing up the fishing rods at the end of a long day at Lake Annette.

This, of course, brings to mind the tremendous thrill experienced by all the early risers who, prior to the day’s proceedings, took the time and effort to head out on an early morning run and/or walk in that almighty fresh morning mountain air. Ahhh, yes, so invigorating! One just can’t beat that, especially for those who hail from an urban centre that’s chock-full of concrete, steel and fume-filled toxic air thanks to all the rush-hour traffic and smokestacks that insist on poisoning our precious atmosphere. Truly makes one wonder what the heck we’re doing in those concrete jungles when Creator provides such terrific escapes like the rural countryside, and more especially, those gorgeous mountain areas.

Last, but certainly not least, this writer would be remiss were he not to include accolades to the cooking staff at the Palisades Centre who daily turned out sumptuous meals that more than adequately sustained each and every one of us out there with nutritious meals, which included bison and salmon! And of course, appreciation goes to the Alberta Native Friendship Centre Association  for hosting this wonderful gathering.

New film documents the success of Friendship Centres in Alberta