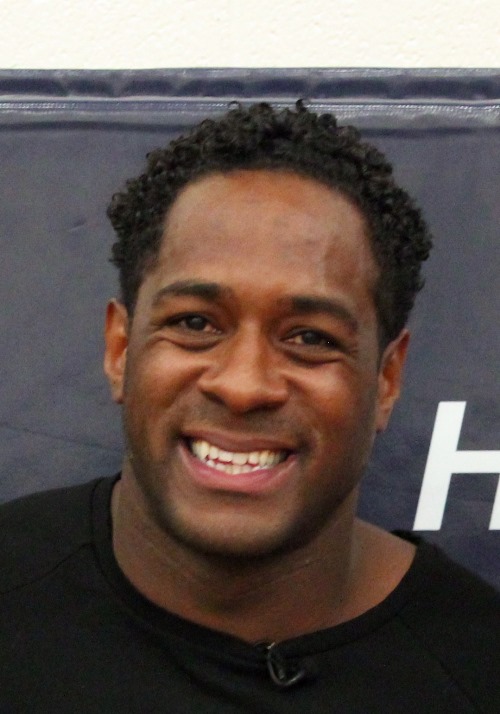 (ANNews) – A recent act of racism in Alberta’s capital city has both sparked a call for change, and created an opportunity for the victim of a despicable and cowardly act, to share his knowledge with youth; in doing so he is turning a negative into a positive.

Edmonton actor Jesse Lipscombe was filming a promotional video for the City of Edmonton when a passenger in a car approaching an intersection yelled out some racial remarks – Jesse is Black. Instead of getting angry, Lipscombe calmly approached the car and began to reason with the occupants in the vehicle. They denied making the remarks and sped off – yelling more racial obscenities. The entire incident was filmed; the video went viral.

A meeting took place with Edmonton Mayor Don Iveson and together they established the #makeitawkward campaign, an initiative designed to create dialogue on racism in Canada and to ensure that Canadians realize that racism, sexism, bullying and other harassment continue to be a national problem.

St. Elizabeth Seton Elementary/Junior High School, one of more than 90 schools within the Edmonton Catholic School District (ECSD), took the lead and invited Jesse Lipscombe to come to their school and talk to the students. 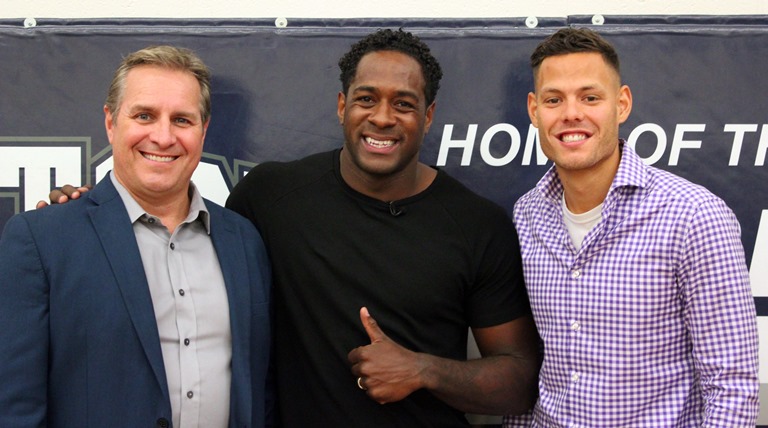 “St. Elizabeth Seton School has a very diverse demographic of students and this is one of the reasons Jesse will host his first workshop at this school,” notified ECSD Manager of Media Relations & Community Relations Services, Lori Nagy. “The workshop will consist of an entertaining and thoughtful presentation by Jesse and the school’s FNMI Success Coach Isaac Tyler.”

“It was an excellent workshop and Jesse made a very positive impression on the students with his engaging conversation, personal stories and positive demeanour,” noted Principal Jeff Fillion. “Isaac is in the process of following up with the students for their feedback on the workshop and is planning some interactive activities for the students to further their understanding.”

Approximately 650 students attend St. Elizabeth Seton; ten percent self-identify as First Nation, Métis and Inuit. The school offers both a comprehensive academic core program and a variety of complementary programs designed to meet the academic, spiritual, social and physical needs of the students.

“The students who attended the workshop responded well,” assured FNMI Success Coach Isaac Tyler. “Jesse’s talk was energetic and delightfully delivered; he told personal stories and the students could relate to what he was saying. It was an interactive event that included comments from several of the students, who also talked about their experiences. Eliminating racism and bullying isn’t an easy task, but with the input of people like Jesse Lipscombe, it is definitely achievable.”

Tyler, a University of Alberta graduate with a degree in Native Studies, is currently working on his Education degree; he intends to become a teacher. He joined the school in the third semester last year; 2016 will be his first full year at Elizabeth Seton. He works with the school’s Indigenous population on a daily basis, even extending his hours to after school programs that teach Cree and talk about the importance of maintaining languages and traditional cultures.

“My vision for Seton,” he noted, “Is to open up cultural opportunities that have not been present before, to lend an Indigenous perspective to the school and inspire students to become active contributing members in their communities and in society as a whole. This will come from consistent parental engagement, opportunities for cultural growth, learning support and advocacy.”

The heralded Braided Journey’s Program is a noted ECSD cultural program that supports First Nations, Métis and Inuit youth and encourages them to become leaders of character, vision and action.

The program offers FNMI youth an array of culturally-based programs that challenge their creativity, build on their skill set, and increase their support network. The program helps youth gain self-confidence, enhance self-esteem and develop citizenship skills that will carry them through life. The program offers cultural and leadership activities that include goal setting, problem-solving, physical competence, interpersonal interaction, cooperative teamwork and more.

Elders also participate in school activities and though there is not a permanent Elder at Elizabeth Seton, the ECSD’s Elders Council can provide one when needed.

“On Aboriginal Day this year,” noted Tyler, “we were joined by Elder Dale Awasis. He offered a prayer and he sang a beautiful honour song. The students were awed by his presence and we’d like to see him back soon, perhaps on a regular basis.”

“She was delightful,” noted Tyler, who said that Simpson “shared her personal story and taught some simple painting techniques to the FNMI girls” who attend the school.

“It was a huge success,” he added. “the paintings were hung in the Braided Journeys room. We definitely want to do this again.”

Morning broadcasts over the school’s classroom speakers engage students with brain-building trivia and information about school activities; the programs also include Cree words and Creeavia, a quiz-type initiative that enhances knowledge and promotes cultural awareness.

Family Night will take place at Elizabeth Seton in early October and will coincide with the unveiling in the school’s library of a mural painted by Aaron Paquette.

“We’d like to include some dancers and drummers and perhaps a guest speaker for this event,” noted Tyler. “Family night is a great opportunity to engage in fellowship with the FNMI community; it’s also an opportunity to encourage relationship building.”

In his first full year at Elizabeth Seton Elementary/Junior High School FNMI Success Coach Tyler Isaac has been a part of a growing list of success stories. He’s taken Indigenous students to St. Joseph High School where they watched and learned how to play football; they are all playing this year. He participated in a stew and bannock day that allowed the whole school to share a piece of Aboriginal culture. The list goes on…