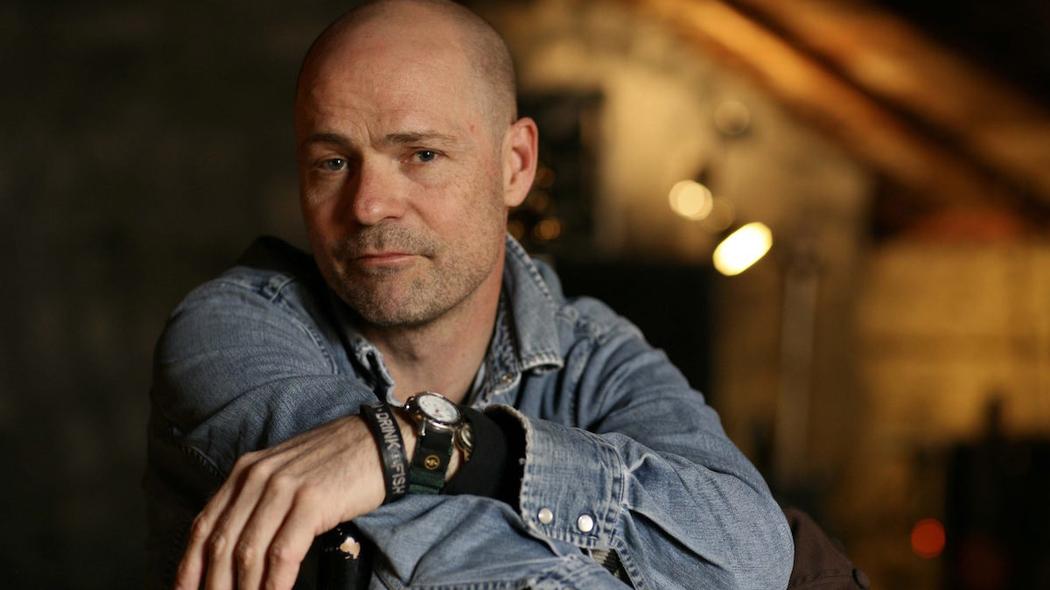 OTTAWA, Oct. 18, 2017 /CNW/ – Assembly of First Nations National Chief Perry Bellegarde today honoured the memory of Gord Downie as an artist and advocate who made a great personal effort to advance reconciliation and raise awareness of First Nations issues in Canada.

“I honour the life and work of Gord Downie, a dedicated and accomplished artist who used his profile to advance reconciliation and build support for First Nations peoples,” said AFN National Chief Perry Bellegarde. “Gord had the ability to reach people who might not be otherwise engaged in our issues. This was a tremendous personal effort on his part, one that illustrates his commitment to justice and his belief that every Canadian has a role to play in reconciliation.”

“I will always be moved by the powerful moment last December at our Assembly when we honoured Gord for his work, and gave him the Lakota name Wicapi Omani – Walks Among the Stars. Today, he begins a new journey among the stars, but his music, his art, his work and his memory will always be with us. I convey my deepest respect and send sincere condolences to his family and his partners in music and in life,” National Chief Bellegarde added.

In December 2016 at the AFN’s Special Chiefs Assembly, AFN National Chief Bellegarde and his wife Valerie wrapped Gord Downie in a starblanket in the presence of Elders and Chiefs, Grand Chiefs, First Nations youth and other delegates. The starblanket is bestowed to demonstrate respect and admiration for an individual. It is wrapped around someone to convey protection, warmth, love and family. The naming ceremony followed the bestowing of an eagle feather, a high honour given as Gord was named Wicapi Omani, Lakota for “Walks Among the Stars.” 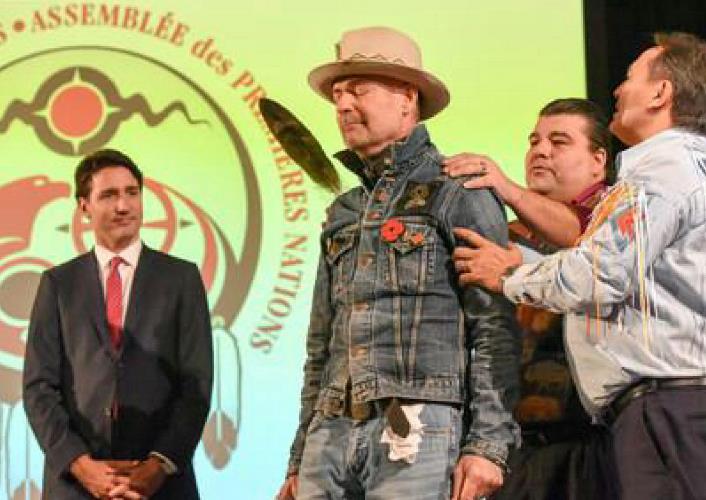 AFN Nova Scotia-Newfoundland Regional Chief Morley Googoo said, “This is a very sad day. I want to extend my sincere condolences to Gord’s family. Canadians and Indigenous people have been so blessed that he gave us the last moments of his life. It is extraordinary that he shared his commitment to ‘do something’ and raise awareness for Indigenous inequalities. Most people, when faced with seeing their end, would not be so generous but it was clear to everyone Gord had an important legacy to fulfil. My thoughts and prayers are with his family and I hope that they are comforted with the knowledge that Creator and all Indigenous people will be sending their prayers to them. Wela’lin, Gord.”

Along with many initiatives, Gord Downie spearheaded his multi-media project The Secret Path, a book, album and animated film based on Gord’s poems and music about Chanie Wenjack, a 12-year old Anishinaabe (Ojibway) boy who died trying to make his way home after running away from a residential school in northern Ontario. The project helped advance the discussion of Canada’s history and the need for reconciliation. Proceeds from the Secret Path album and graphic novel are donated to the National Centre for Truth and Reconciliation at the University of Manitoba. In June of this year, Gord was inducted as a member of the Order of Canada.

AFN: Ottawa’s Commitment to First Nations is welcome, and it must lead to change