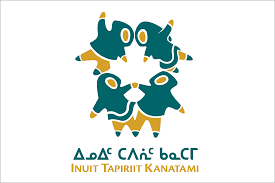 (February 2019) – Unlike the Assembly of First Nations and the Metis National Council the Inuit Tapiriit Kanatami (ITK) are expressing disappointment with the Inidgenous Languages Act as it was proposed in the House of Commons earlier this month.  They lament it as “another missed opportunity to end discriminatory language policies in Canada.”

According to the ITK, the national indigenous languages bill that was introduced by the  Minister of Canadian Heritage in the House of Commons “is a symbolic gesture that does not address Inuit rights to speak our language, nor does it include provisions that are necessary to support its revitalization, maintenance, and promotion.”

“Despite being characterized as a reconciliation and co-development initiative, the Government of Canada engaged Inuit in bad faith throughout this legislative initiative,” said Natan Obed, president of ITK. “The absence of any Inuit-specific content suggests this bill is yet another legislative initiative developed behind closed doors by a colonial system and then imposed on Inuit.”

Eighty four percent of Inuit within the 51 communities that make up Inuit Nunangat report the ability to speak their language – Inuktut – making it the most resilient indigenous language spoken in Canada. Inuktut has official language status in Nunavut and the Northwest Territories, and is an official language of the Nunatsiavut Government, whose jurisdiction encompasses northern Labrador.

ITK initially welcomed this legislative initiative when it was launched in July 2017 as an opportunity to build on existing rights for Inuktut and to close the longstanding legislative gap that enables continued discrimination against Inuktut speakers.

“Our efforts to revitalize, maintain, and promote Inuktut are often blunted by inequitable federal funding policies that task us with doing much more with far fewer resources than what French and English speakers receive,” said Natan Obed. “At the same time, our people do not have the right to access federal services in Inuktut, relegating it to a status beneath English and French,” he said.

ITK provided a variety of documents to the federal government that propose solutions for remedying these challenges, including a National Inuit Position Paper on Federal Legislation in Relation to Inuktut. This paper, shared with the Minister of Canadian Heritage in November 2017, served as the foundation for an Inuktut-specific standalone bill drafted by ITK, as well as 11 Inuktut-specific provisions put forward by Inuit for possible inclusion in the bill.

Throughout this period, ITK sought to achieve compromise with the federal government on mechanisms and timelines for including new statutory and regulatory commitments in relation to Inuktut within the bill.

Unlike the Official Languages Act, the bill contains no federal obligation to fund indigenous languages, nor does it provide for reliable federal support, and indigenous participation, in multi-party agreements and other arrangements that would extend indigenous language programs and services at provincial, territorial and municipal levels.

“ITK wanted nothing more than to truly co-develop a bill that we could champion with other indigenous peoples and the Government of Canada,” said Natan Obed. “In no way was this bill co-developed with Inuit.”

ITK looks forward to playing an active role in the parliamentary committee process that will examine the bill, and is committed to keeping Inuit and other Canadians well informed as to its positions and proposals.