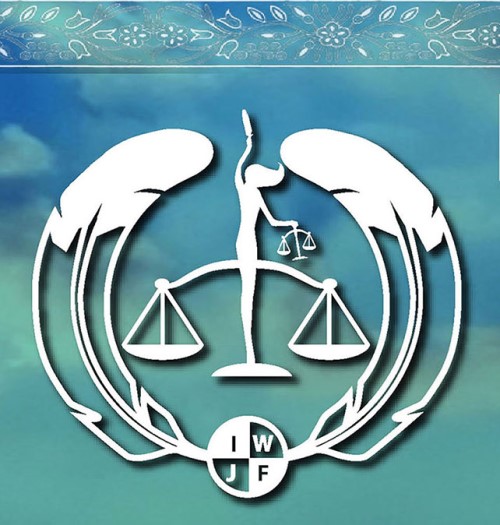 (ANNews) – The Institute for the Advancement of Aboriginal Women proudly hosted the Indigenous Women’s Justice Forum at the Edmonton Inn and Conference Centre on October 3rd and 4th.  The event, chaired by IAAW CEO Rachelle Venne, was focused on identifying changes that are needed in the justice system for improved outcomes for Indigenous women. Delegate included women, and a small contingent of men, from across Alberta, parts of British Columbia and as far as Saskatchewan, all who share in a passion for social justice and their commitment to supporting equality for Indigenous women.  The group was joined by Minister of Service Alberta and Status of Women, Stephanie McLean for an impactful keynote address.

The forum was designed to be a collaborative synthesizing of ideas.  Following detailed presentations, those in attendance were divided into small discussion groups where pressing issues related to Indigenous women’s rights could be discussed openly.  Groups were given prompts and members encouraged to share their own personal and professional experiences in order to provide deeper insight into issues such as: equal treatment within the justice system, social and family assistance and victim support.

The forum was fortunate to be joined by Tracey Makokis, the Manager of Indigenous Programs, Victim Services for the Alberta Ministry of Justice and Solicitor General.  Makokis’ presentation centred on creating better community understanding for the post-crime victim services offered in Alberta.  She explained that a vast majority of people continue to be unclear as to how Victim Services operates.  To clarify some of these points, she screened a brief documentary highlighting a still imperfect system’s struggle to make a positive impact for the victims of, and those affected by violent crime.

The search for justice for the missing and murdered women of our First Nations and Indigenous communities featured prominently during the forum.  Makokis astonished many in attendance when she explained that the families of the missing were not entitled to victim services under current parameters – the reason being, that if a person is simply missing, there is no evidence of a crime.  Makokis identified this as an issue that would need to be urgently re-evaluated.  Many of the smaller discussion groups shared this concern as well.

Makokis’ presentation also drew attention to the strategic placement of Victim Services offices near or next to RCMP stations.  This particular point was discussed at length and also clarified.  It was explained that their close proximity in no way indicates that the two are connected, only that Victim Services is better able to provide support to those in need when situated close to law enforcement.  Makokis cast a harsh light on elements of the social justice system that continue to be ineffective while leaving her audience with an empowered determination for improvement.

Following Makokis’ presentation, discussion groups tackled questions like: what measures can be taken to make the system more effective, or what supports are not offered at the moment that could significantly benefit victims and their families?

Debate and the exchange of ideas erupted from each corner of the room as Indigenous Justice Forum delegates sprang into action – after all, the purpose of the event was to ultimately compile an advisory document.  Everyone brought their expertise as social workers, legal advocates and community engagement coordinators to the table.  While most expressed frustration with the system as it currently stands, all were enthusiastic about making positive contributions to its betterment.  This optimism resulted in some suggestions for simple changes that could be easily accommodated, as well as more extensive reforms that would only be possible on a grand scale.

The event wrapped up slowly with business cards and other contact information being shared among the delegates.  The Indigenous Women’s Justice Forum had very clearly connected the right people, fostered the sharing of knowledge to generate solutions, and collectively worked towards a common good.  As those who were in attendance bring these new ideas back to their organizations and communities, The Institute for the Advancement of Aboriginal Women will continue its mission of empowering women for social change.