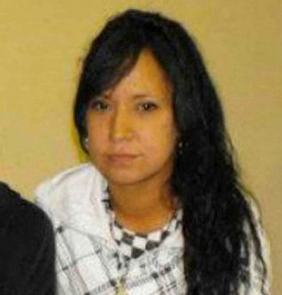 June 30, 2017, Toronto/Edmonton – On June 30, 2017, the Alberta Court of Appeal (ABCA) released its decision in R. v. Barton. The Women’s Legal Education and Action Fund (LEAF) and the Institute for the Advancement of Aboriginal Women (IAAW) welcome the ABCA’s decision to order a new trial in this matter.

LEAF and IAAW are pleased that the ABCA overturned the verdict in the trial that acquitted Bradley Barton for the death of Cindy Gladue. The Court determined that the acquittal of Bradley Barton resulted from judicial error and discrimination in the trial process. At the trial, the jury accepted the defence argument that Ms. Gladue, an Indigenous woman, had consented to “rough sex”, and acquitted the man accused of her murder, Bradley Barton.

LEAF/IAAW intervened at the appeal and argued in a factum that the trial judge erred in admitting evidence of Ms. Gladue’s sexual history and that he failed to properly instruct the jury on the law of consent. These judicial errors allowed prejudice to infect the trial proceedings, raising discriminatory myths about Indigenous women and consent based on sexual history. In addition, the judge failed to adequately inform the jury that consent to a given form of sexual touching does not extend to the use of any conceivable degree of force by one’s sexual partner.

The Court appears to have agreed with this intervention, stating: “this case has exposed the flaws in the legal infrastructure used for instructing juries on sexual offences in Canada” and “the time has come to push the reset button for jury charges in this country for cases involving an alleged sexual assault.” The Court also notes that: “myths and stereotypes continue to stalk the halls of justice in cases involving sexual offences” and the resulting “inequality falls most heavily on women since sexual assault has been, and continues to be, largely a gender-based crime.”

The Court’s decision on these issues will significantly affect the law regarding sexual assault. LEAF Chair Dr. Lise Gotell notes the Court’s “significant concerns with respect to the trial judge’s instructions to the jury on the matter of consent. The decision provides hope that the appellate courts are taking the rights of women seriously.”

The disrespect shown to Ms Gladue’s dignity during the trial process, including the introduction into evidence of her preserved pelvis, outraged women across Canada. The dehumanization of Ms. Gladue epitomized by this trial is directly connected to the fact that Indigenous women are disproportionately targeted for violence in Canada. Julie Kaye, Research Advisor for IAAW, highlights the importance of this decision for the autonomy and self-determination for Indigenous women. As the Court clearly states: “Despite our society’s recognition of individual autonomy and equality, there still remains an undeniable need for judges to ensure that the criminal law is not tainted by pernicious and unfair assumptions, whether about women, Aboriginal people, or sex trade workers.”

IAAW President Muriel Stanley Venne further states, “We are pleased that the Court of Appeal recognized the effect of violence and discrimination based on race, class, and gender on the trial. Our intervention was intended to ensure that the criminal justice system does not perpetuate violence against Indigenous women.”

LEAF and IAAW are proud to have been represented by Lisa Weber of Weber Law Group in the appeal. For more information about their intervention in this case, please see their factum.

Since April 17, 1985, when equality rights were enshrined in sections 15 and 28 of the Charter of Rights and Freedoms, LEAF has worked toward equality for women and girls. LEAF intervenes in key cases to ensure that when courts interpret equality rights, there will be a systemic improvement in women’s lives. For more information about LEAF, visit www.leaf.ca

About the Institute for the Advancement of Aboriginal Woman (IAAW)

For the past 20 years, IAAW has advanced the rights of Aboriginal women through advocacy, education, research and program development. IAAW is composed of First Nation and Metis Women dedicated to supporting other women in their journey to build individual and family capacity while supporting the development of healthy, safe and caring communities. For more information about IAAW, visit www.iaaw.ca