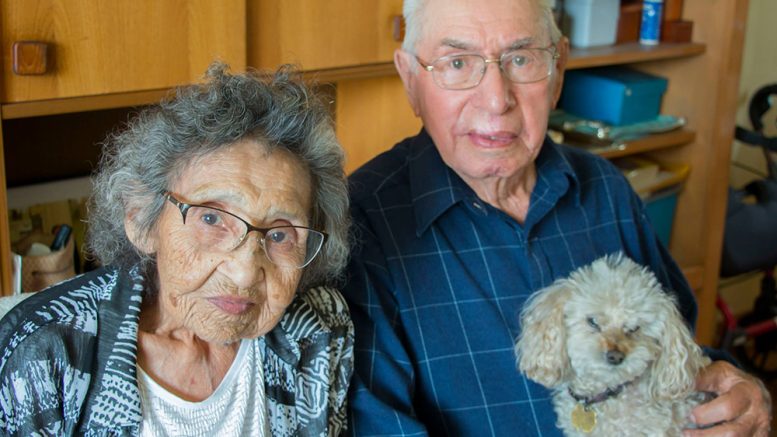 (ANNews) – Seventy-three years ago, when marriages were arranged, Elmer Carlson went outside cultural norms and chose to marry a woman that he saw possessed great strength, otehiwin (compassion), strong morals and perseverance, Nellie Makokis. The start of their life journey together began when they married on June 12, 1947. 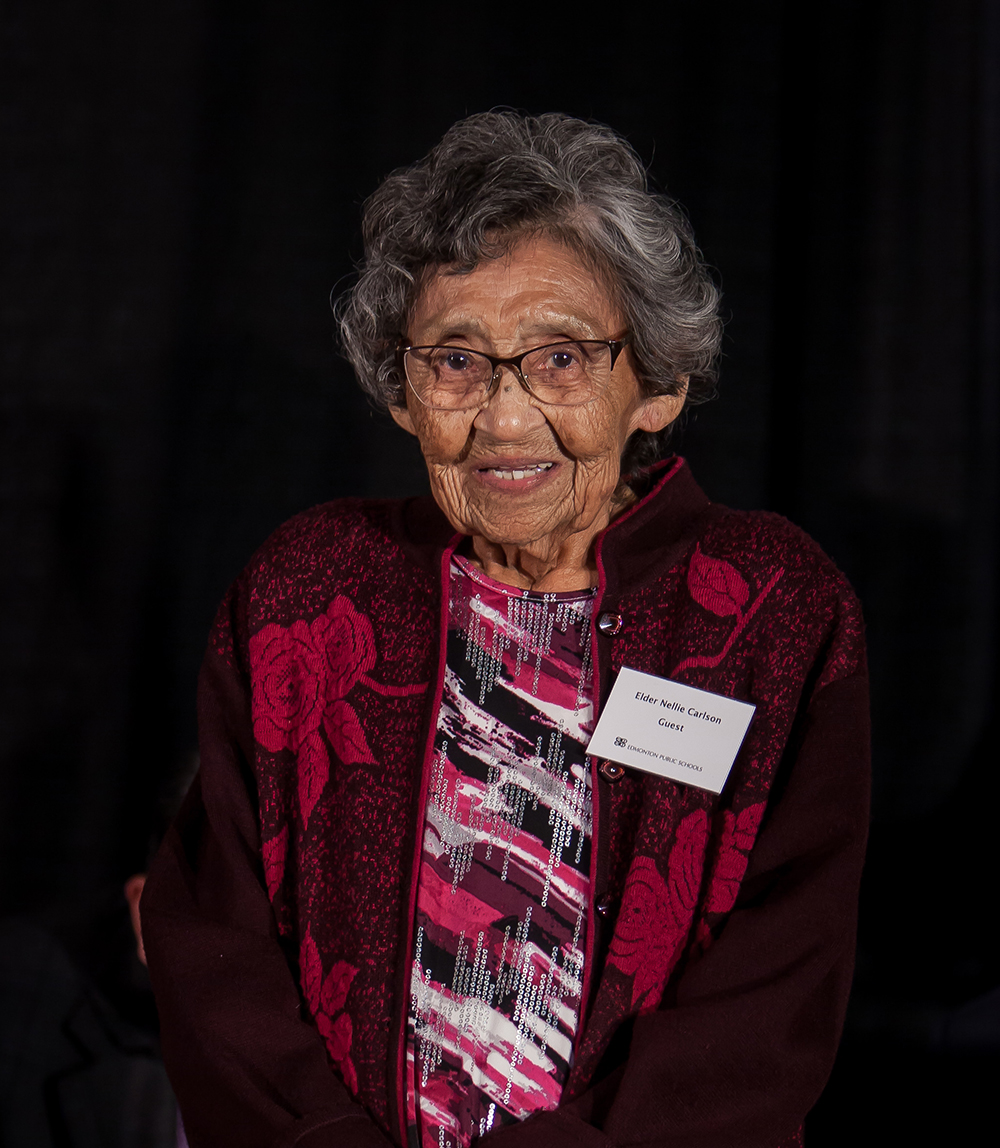 Nellie, a status nehiyaw-iskwew (Cree woman), was born and resided on Saddle Lake Cree Nation until shortly after she said ‘I do’ to Elmer, a non-status apihtawikosisan–napew (Métis man).

Our Indigenous sister, who was born nehiyaw-iskwew, lost her status and rights 18 days after June 12, 1947.

The signing of Treaty 6 in 1876 by Nellie’s nehiyaw ancestors and representatives of the Crown, promised one square mile of land for each family of five on a permanent reserve, hunting and fishing rights, education benefits, health benefits and annual treaty payments.

The power couple, Nellie and Elmer, had 11 children, with 9 of them surviving to adulthood. And when Nellie lost her status, this also meant the Carlson children would not be entitled to their status, along with having connections to their ancestral knowledge and culture.

With pakoseyimowin ekwa sohkitehewin (hope and courage) close to Nellie’s heart, she became part of an advocacy group of Indigenous women that created a movement wîcihitok (to help one another). Active since 1967, the Voice of Alberta Native Women’s Society, as well as Indian Rights For Indian Women in 68’, Nellie was one of the founding members for both advocacy groups, advocating for status and non-status Indian women and children to regain their Indian status. 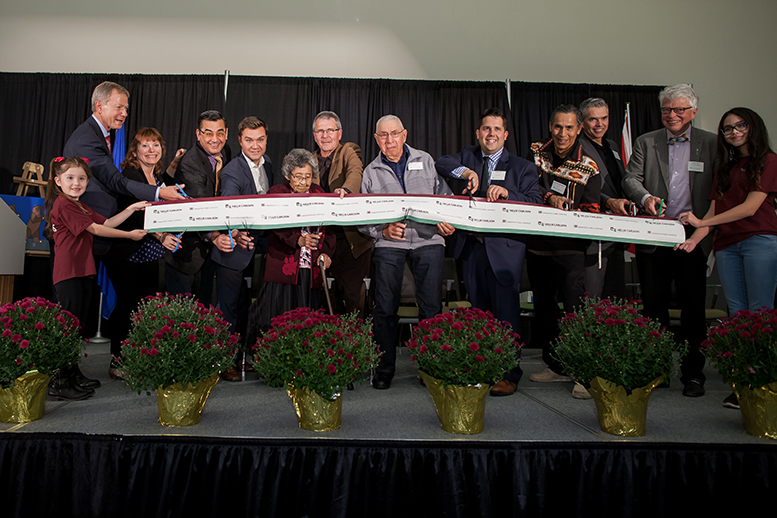 The Edmonton Public Nellie Carlson School opened in Edmonton in 2016.

After 38 years, the Indian Rights For Indian Women advocacy group’s persistence created a brighter future for Indigenous iskwew ekwa awasis (women and children); Bill C-31 passed into law. April 1985 was a celebratory moment for all Indigenous women and their children. The Indian Act of 1985, gender equality under the Canadian Charter of Rights and Freedoms, removed enfranchisement law, and restored 127,000 Indigenous iskwew ekwa awasis their status, including Nellie and otawasimisa (her children).

Throughout Nellie’s lifetime, alongside her advocacy work with Indigenous iskwew, she always saw kiskinohamâkewin (education) as of great importance and held it close to her heart. She persistently advocated equal rights for First Nations, Métis and Inuit iskwew ekwa awasis with a focus on the importance of kiskinohamâkewin. The well-respected Elder, Nellie was honoured by Edmonton Public Schools with the naming of the Nellie Carlson School. In September 2016, Nellie Carlson School doors opened. Nellie, with Elmer by her side, celebrated the opening of the Nellie Carlson School, located on the southside of Edmonton. 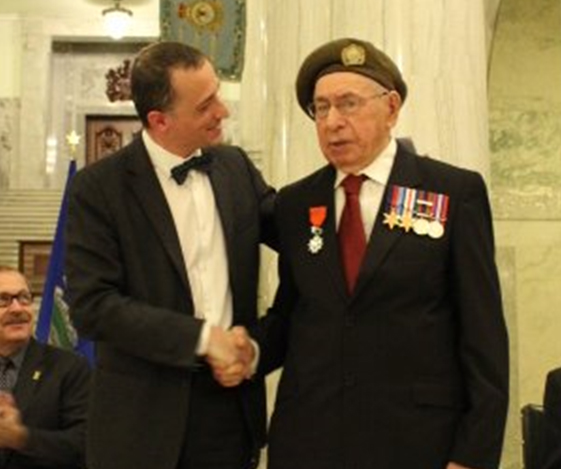 On February 8, 2016, Nellie’s husband, Elmer Carlson, a Canadian Armed Forces Veteran was awarded the Legion d’Honneur – the highest decoration that France can bestow, and equivalent to the Order of Canada. The Legion d’Honneur rewards outstanding merits of individuals from all walks of life, regardless of their respective social, economic, hereditary or national backgrounds. Elmer served overseas during WW2 and was part of the Lake Superior Scottish Regiment.

On July 3, 2020 Nellie Carlson will be turning 7 years shy of a century- at 93 years of age, alongside her husband, Elmer Carlson, who will be turning 96 come October 7th. The Carlsons currently reside in their family home.