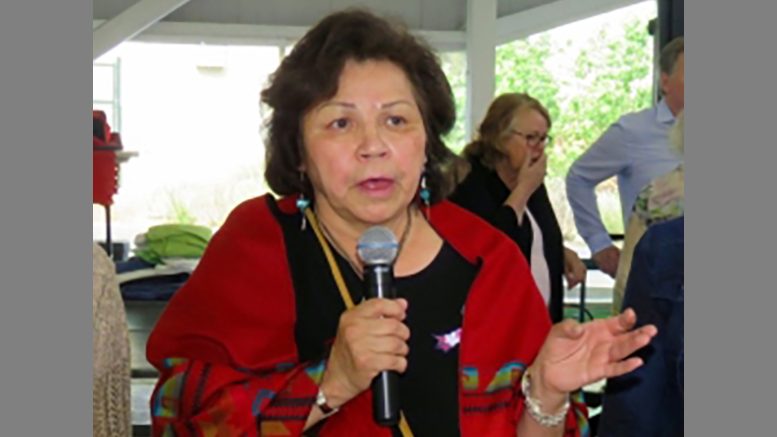 Elder Betty Letendre offers inspirational words to the grads of 2020. 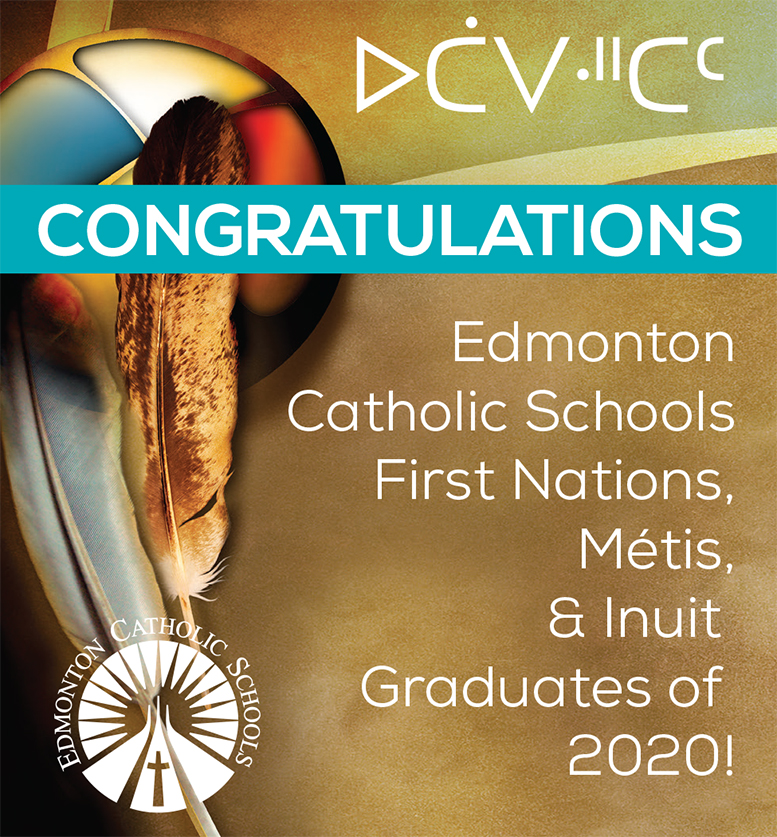 (ANNews) – June, also known as National Indigenous History Month, is upon us and despite everything happening around the globe it is important to acknowledge those who are role models in their communities, and also to the Indigenous population as a whole.

One of the positive things happening in Edmonton is the Edmonton Catholic School’s (ECS) Indigenous Leadership Program, where they’ve been teaching their students both the traditional way of life, and the necessary skills to succeed in our modern world.

The leadership program is administrated by the Council of Elders, which consists of First Nations, Metis, and Inuit members. The Council of Elders are the knowledge and wisdom keepers of the ECS system. They provide language, cultural wisdom, and spiritual guidance to students and District staff based on the Pimatisiwin, teachings. Pimatisiwin means “Way of Life,” and is a value that includes growth/change, pride, healing, self-esteem, unity, identity, tradition and culture.

This year, there are 9 graduates of the leadership program who have been participating – along with a few past graduates who are in their second year at the University of Alberta. Due to the pandemic, they have been meeting regularly online on Google Meet and they have continued to take the initiative despite the public gathering restrictions.

To those graduating, here are some inspirational words from the facilitator of the program Elder Betty Letendre.:

“Congratulations to all our leadership graduates! As you begin the next journey of your education, knowing who you are, where you come from, the strength you have inherited from your Indigenous heritage, is instilled in you. Never forget, as thousands, we are standing with you, and so proud of your accomplishments. We will always be here to support you. Kisakihtinawah. Ekosi Pitama.”

I spoke with Elder Betty who reflected back on her time at ESC. She started as an Elder there in 2004. She has since retired but is very much involved with the 2020 leadership program.

Elder Betty introduced herself, “I am a Cree speaking woman, I know my language, and I know who I am as an Indigenous woman.”

When asked about the origins of the leadership program, she stated: “This has been my journey not only with the program, but with the Ben Calf School. It started way back in the early 80s, when my children went there—when it first became an Indigenous school.”

“That was my connection when I was hired to come on and work with Indigenous Learning Services. I was in the office to enhance the language, and the cultural and historical knowledge.” Elder Betty continued, “Around 2005, Ben Calf was not doing very well. There was low attendance and I came along and met with the administrators to see what was going on. To see what it was we needed to do to bring our students back into the school. And that’s where my journey began.”

“There are five schools here in Edmonton which are highly populated with First Nations students. We call them ‘Native way of life schools,’ and the district identifies them as such,” Elder Betty explained.

“The grade 9s at the time [2005] had a high rate of drop-out. They would graduate junior high, attend high school for a few months, then drop out. Not all the students, but a majority of them.” Elder Betty said, “What was lacking?”

“When you come to Edmonton from a different community—whether it be a from a reserve, a settlement, what have you—sometimes we lose our way in this concrete city of ours. We don’t have a connection back to the land, culture, or spirituality. This connection is now abundant at Ben Calf.”

In the beginning of the program, they only had about 12 students who were part of the group. “I wanted to work with them because I was seeing so much in what was lacking in their self-identification, in being proud of who they were. We wanted to also stress the importance of western education,” Elder Betty noted. “That first year we went to a culture camp, which was an overnight excursion, and now we have one annually.”

The Leadership program has since grown into an award-winning program that travels across Canada to places like Vancouver, Toronto, Winnipeg, and Ottawa and are attendants at the Indspire conference.

“When I went to Ben Calf School in 2005, there were less than 150 students. Today there are over 400. So, you can see the need for cultural education within the school system,” Elder Betty stated. “From the time we started to now, we have had 60 kids who have graduated. We’ve gone to so many places, we’ve won awards, we have students at the University of Alberta, we’ve been sponsored to go to Indspire. And some of these youth had never been given the chance to go anywhere.”

She continued, “I don’t take these things lightly because this is for our youth. We have to invest in so much; we have to invest in our community, our leaders, and our children’s education. What else can we do except give them every opportunity and every skill? We’ve seen every kind of child come through our doors and we never turned any one away. We are a family. There are youth who have been in foster homes, separated from their families, their parents have passed away, or their grandparents are the parents.

“And each year we take the grade nines to the camp. It creates bonding and a peer support system, and we take them to enhance their Indigenous traditional teachings. We take them to the land and some of them start crying—they don’t want to go back to the city.”

“But this story is so long, and there’s no way I can do the reality justice in a short answer. There’s a whole lot more than what I’m telling you,” Elder Betty explained. “It’s about identifying who they are, researching their genealogy, what nation they come from, and what land are we on.”

“It’s about nurturing that spirit within,” she concluded, so they have the confidence and strength to move forward in the best possible way.