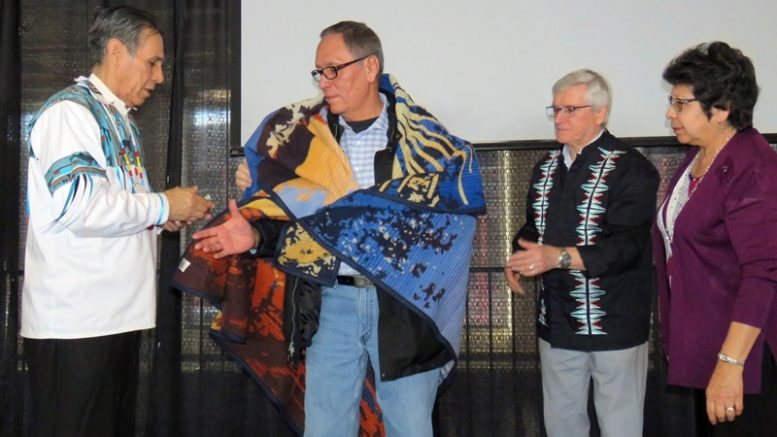 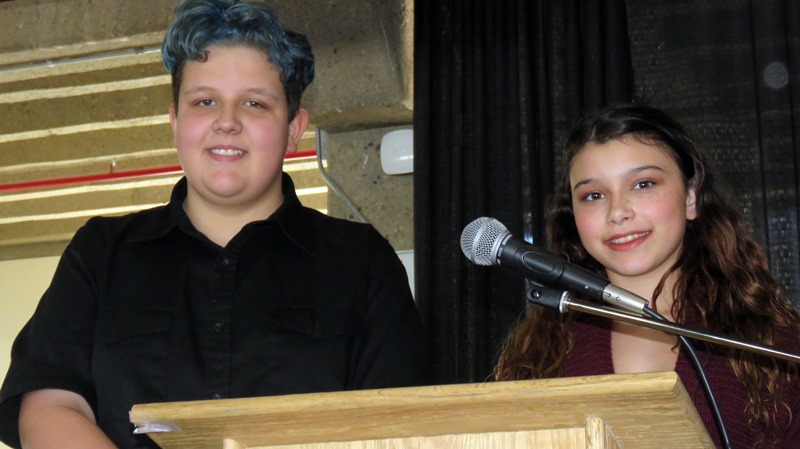 (ANNews) – On December 13, the Edmonton-based Amiskwaciy Academy held the last of its 2018 special occasion and seasonal feasts with more than 250 guests partaking in the school’s Christmas dinner.

Students Sean Collins and Jacqueline McDaniel emceed the annual Christmas Feast and began by acknowledging that the school sits “on Treaty 6 territory, a traditional meeting grounds, gathering place and travelling route of the Cree, Saulteaux, Blackfoot, Métis, Dene and Nakota Sioux and all the many First Nations, Métis and Inuit people whose footsteps have marked these lands for centuries.”

Among the distinguished guests introduced and acknowledged by the student emcees included the family of the Late Elder Marge Friedel, Ermineskin Cree Nation Chief Craig Mackinaw and Rick Carriere and Patrick Garland, both with the Edmonton Oilers Entertainment Group. 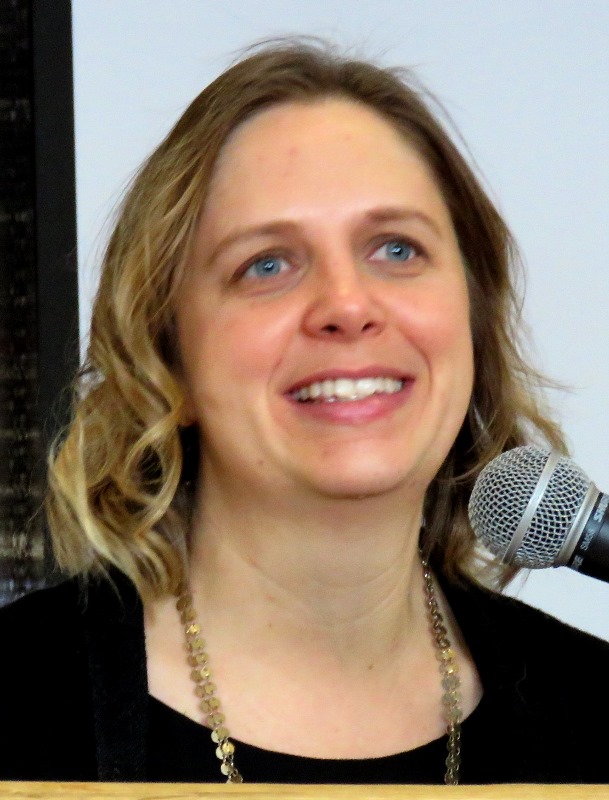 Trustee Shelagh Dunn (Ward B) said she was honoured to be at Amiskwaciy Academy to enjoy her second Winter Feast, noting, “I am so happy to be here; it is a special time to share, to reflect and to celebrate with one another.”

Introduced to the podium, Ermineskin Cree Nation Chief Craig Mackinaw told the gathering that he was “honoured to be here once again to participate in another celebration of season and friendship.” He spoke briefly about the celebration of the feast, thanked the sponsors who made it possible, and said he was especially appreciative “of the many sponsors and community partners” who work with Amiskwaciy to ensure that the students are cared for, appreciated and well taught. 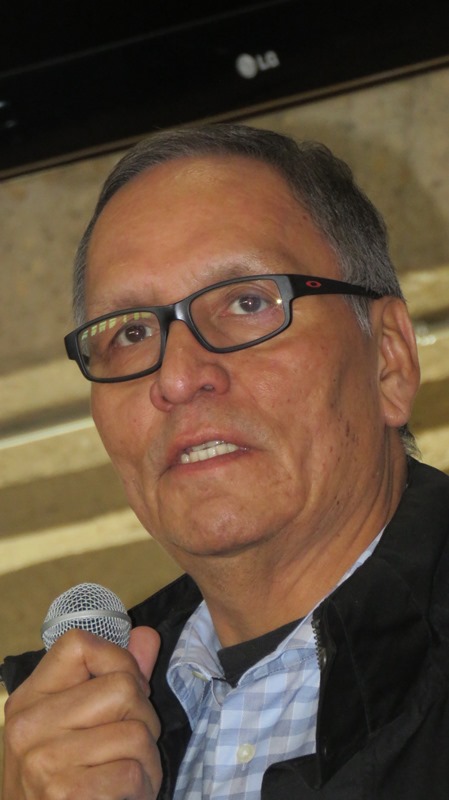 As our students move on to higher grades and into post-secondary institutions, the quality education and the personal values that they take away from Amiskwaciy Academy will help them to achieve their educational goals” and give them a positive start on their individual journeys.

Principal Fred Hines called Chief Mackinaw back to the podium where he was presented with an Honour Blanket by Amiskwaciy Elders Whiskeyjack, Langford, Lean and Campbell.

“This is very beautiful – and warm,” noted Chief Mackinaw, returning to his table. “This is a very nice surprise, an unexpected honour and one that I will always cherish.”

Students McDaniel and Collins then announced that they would be calling numbers at random from the tickets handed out to each person as they arrived to join the school feast. More than 20 different ticket holders were presented with a carpentry shop-made reindeer dressed for Christmas and ready to be enjoyed either inside or outside the house. 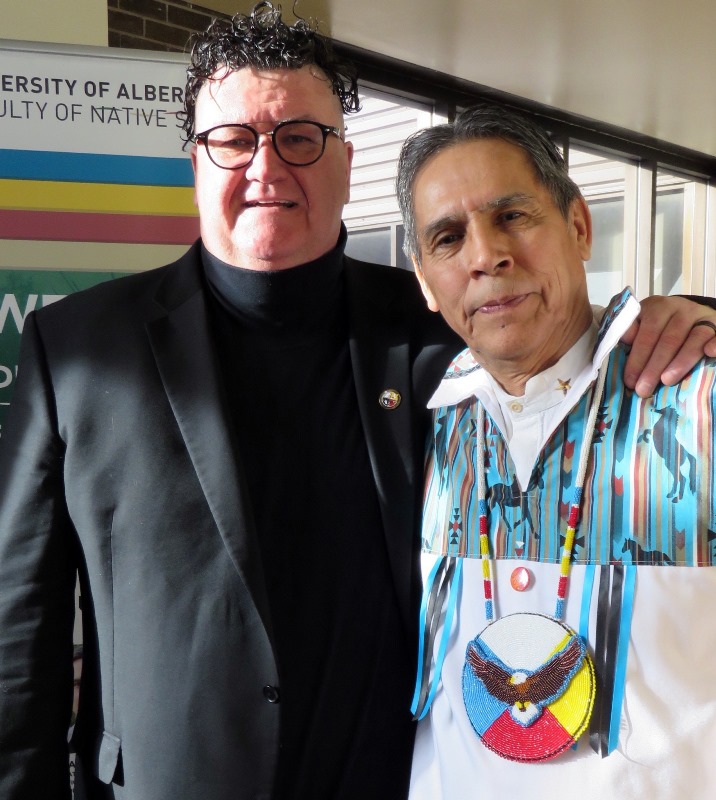 Amiskwaciy Academy is an Edmonton Public School program of choice that provides solid academic programming within an Aboriginal context. The school, which is open to students of all backgrounds and cultures, honours the Aboriginal community and reflects its cultures, values, ancestral knowledge and traditions in achieving excellence in education. In doing so it provides, with the help of school and community Elders, a meaningful and balanced curriculum, bringing together the uniqueness of Aboriginal cultures, knowledge and languages in a positive and quality educational setting.

Working extensively and in close contact with on-site Elders, the school’s administration maintains close partnerships with the Cree, Stoney and Metis communities in and around the Capital Region. The Academy maintains an on-going cultural exchange program with several Edmonton-area Elementary Schools.

“Our Path – Our Life – Our Spirit, this vision of Amiskwaciy Academy,” noted Principal Hines, “is to honour the Aboriginal community and reflect its cultures, values, ancestral knowledge and traditions in achieving excellence in education.” 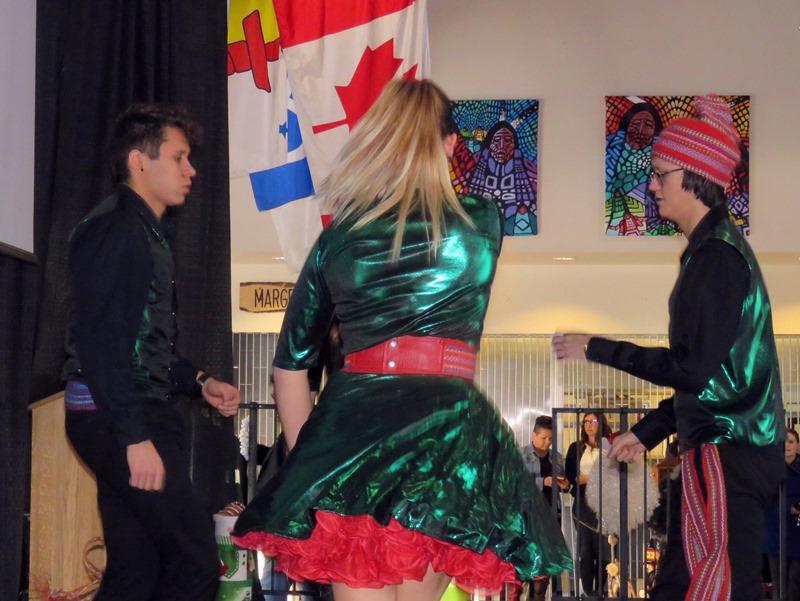 The 2018 school year has been an interesting, upbeat and educational experience for everyone at the school, particularly for the three new staff members who’ve joined the Amiskwaciy family: Mark Walmsley, Gordon Power and Tanya Herbert.

Amiskwaciy Academy promotes extracurricular activities that students can participate in after school hours. Student understand the importance of being a student first and athlete second. Sports allow each student to gain valuable life skills such as leadership, sportsmanship and how to work together as a team; they will carry these values with them upon graduation.

“Volleyball season was once again both fun and successful for both of the school’s male and female teams and the Seniors Boys and Senior Girls basketball teams are already underway,” noted Amiskwaciy Cultural Liaison Sherry Bates.

“Once a week, we took our Junior High students to Norwood School to read to Kindergarten and Grade 1 students.”

The Academy also completed its WEE Read Program with Norwood in December.

Earlier this year the Junior High Students escaped school for a day as they look advantage of an exciting opportunity to visit the new Royal Alberta Museum. On December 17 the school was involved in drumming at Boyle Street while Santa joined Amiskwaciy staff and students to deliver a great Christmas Drum, hats, scarves, socks, mitts and some delicious homemade cookies and candy canes. 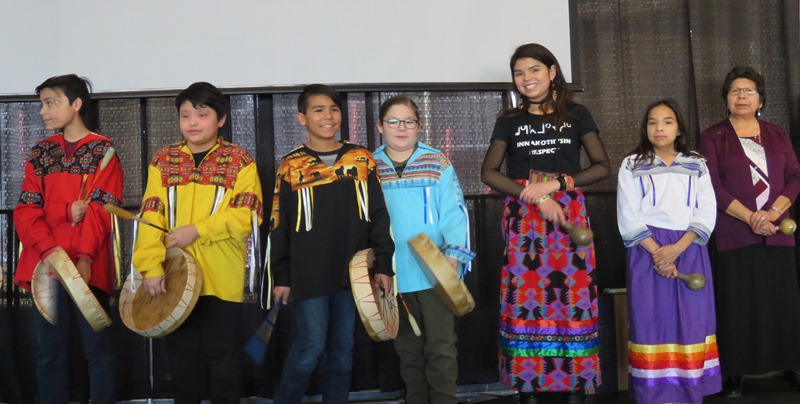 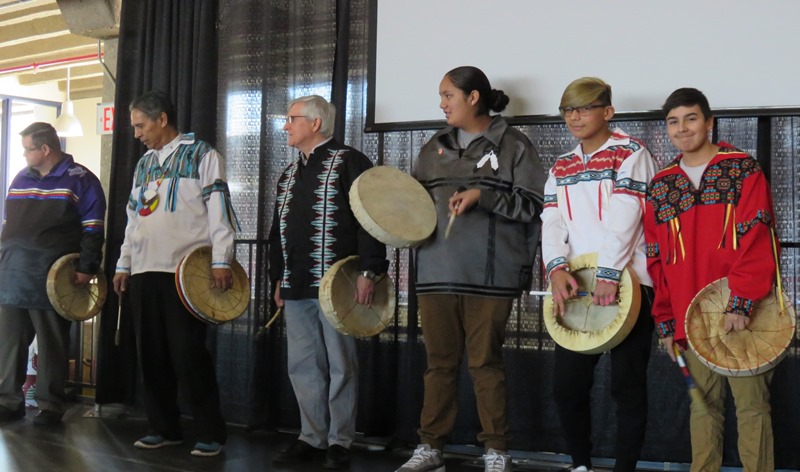