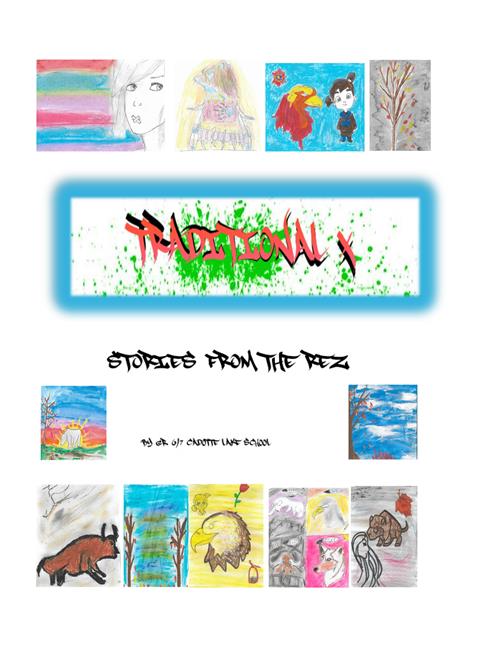 In addition to the readings, MLA Dach donated several books to the Callingwood School library, including “Traditional X: Stories from the Rez,” a collection of stories written by students in Cadotte Lake First Nation and compiled by their late teacher Sana Ghani. A representative from the Ghani family was also in attendance at Callingwood School for the presentation.

Sana Ayesha Ghani was a dedicated and enthusiastic teacher who guided her grades 5/6/7 students at Cadotte Lake School to find their voices and tell their own stories. She helped them expand their horizons and she inspired them to express themselves in prose and poetry. Ms. Ghani, whose family lives in the McClung neighbourhood of Edmonton, not far from Callingwood School, died tragically in a car accident last month. Her legacy lives on in the hearts of her students and colleagues as well as in her community of friends and family.

One tangible result of her teaching is the booklet “Traditional X: Stories from the Rez” that garnered a first place 2017 Group Writing Award from Historica Canada and helped empower the Cadotte Lake students to express themselves in a written format. 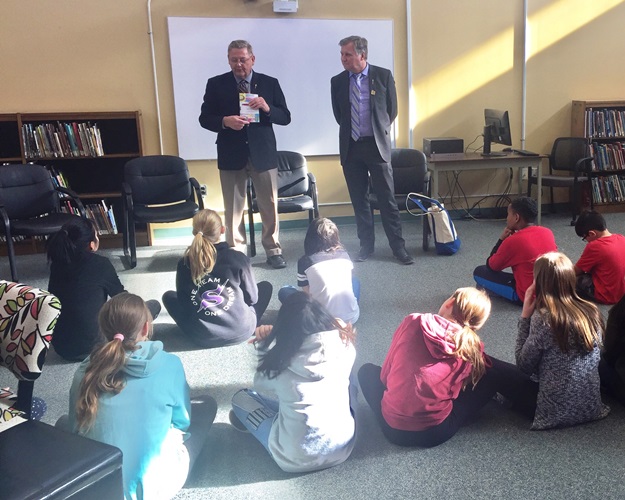 The book features traditional tales and personal anecdotes written by the students with titles such as: Stories of the Klemtu, Jingle Dress Dancer, Muswa’s Nose, Whitako and the Girls, Bad Medicine and others. It also includes pictures drawn by students and poetry with titles such as: 1 bully 2 blocks 3 secrets and Broken Bottle. The book is a celebration of self-expression.

MLA Dach was moved by Sana’s kindness and dedication and wanted to honour her memory in her home community in Edmonton. He described Sana as a 29-year-old Muslim woman with roots in India and in Edmonton, who became a teacher with a genuine enthusiasm to make a positive difference in the world of her students. When she arrived at Cadotte Lake school, she discovered that her students didn’t know how to express themselves – especially in a written format.

Ms. Ghani introduced them to literature that could inspire them, such as the teachings of Malcolm X and Sherman Alexie’s novel The Absolutely True Diary of a Part-Time Indian as well as the music of hip-hop artist Brother Ali. She encouraged her students to find their own voices by telling their own stories.

In the booklet’s preface, Ms. Ghani wrote that, “Two years ago, I came to Cadotte as an outsider, a teacher, a guest to Treaty 8 territory. I was a practicing Muslim woman of Indian descent on the rez. And the kids didn’t know what to make of me: So, you’re a different kind of Indian?”

As Ms. Ghani introduced her students to a variety of writers including those who were from marginalized backgrounds, their creativity and confidence began to emerge. 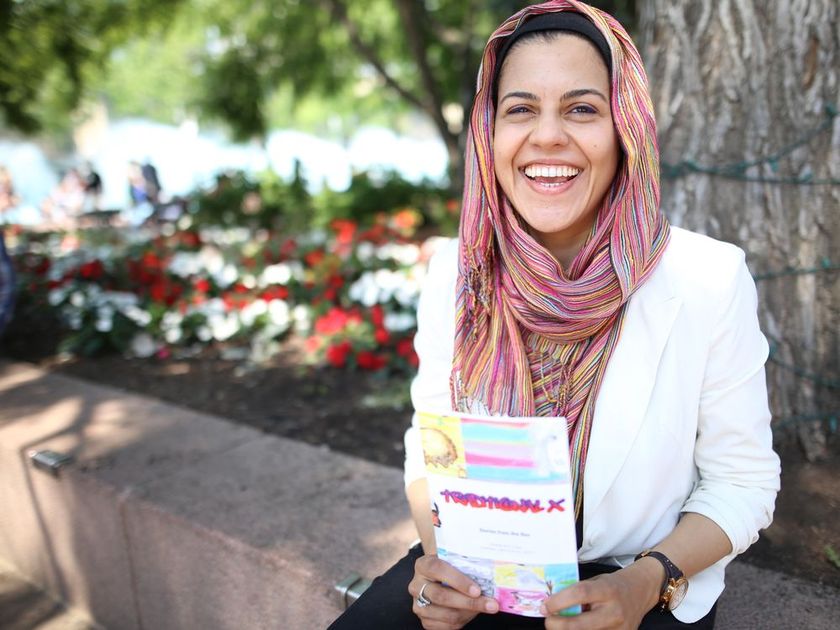 “I started to see a nudge in my students’ mindsets. I saw their sense of historical and social consciousness begin to develop. One student asked me, “Ms. Ghani, you say you want us to change the world. But how do we do that if we’re just sitting in the classroom, writing in our journals?” This was one of the most exciting challenges I’ve received.

The students were inspired and wanted to share their stories but were doubtful that anyone would hear what they had to say. In the Spring of 2017, Ms. Ghani launched a crowdfunding campaign to raise money to publish their work; she raised $3,800 from donors across North America.

The result was an empowering learning experience for the students and sufficient funds to publish 250 copies of the award-winning booklet “Traditional X: Stories from the Rez.”

A group of the students accompanied Ms. Ghani to Edmonton City Hall on June 29, 2017 for an official book launch. The event included a special address by Edmonton Mayor Don Iveson and a traditional dance performance by the students.

The booklet – which is available now at our-story.ca – includes a message from Alberta Premier Rachel Notley, extending her deepest thanks to the students of Cadotte Lake School and Woodland Cree First Nation for contributing to this book. She wrote,

“Your personal reflections are inspiring. I hope you find solidarity with each other and lean on one another as you make a difference in our province. Your stories illustrate the tremendous power that each one of us has to create positive change.”

The premier continued, “Thank you also to Ms. Sana Ghani for your passion and commitment to sharing your students’ words, hopes and dreams with all of us.”

MLA Dach said that the booklet was received very graciously by students and teachers at Callingwood School, which is located in the west end of Edmonton in the McClung riding. The school population at Callingwood Elementary School is approximately 25% FNMI and a “seed was planted” to encourage ongoing communication between Callingwood School and Cadotte Lake School.

MLA Dach described other events that have taken place in McClung to celebrate Indigenous People and their cultures including a very successful gathering that was held in July 2016.  He said that event featured Indigenous dancers and singers and concluded with a round dance by 450 Indigenous and non-Indigenous community members. He said he’d like to see a National Aboriginal Day celebration held in the Edmonton neighbourhood on an annual basis.