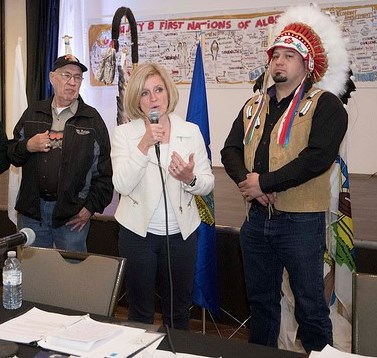 (April 28) – The Alberta Treaty 8 Trappers Association will now be managing Indigenous traplines in Treaty 8 Territory under a significant new agreement with the Government of Alberta.

The province has signed a Memorandum of Understanding establishing the Alberta Treaty 8 Trappers Association as the authority for administering, managing and preserving traplines within the traditional territory of Treaty 8.

The Alberta government is supporting the association with $275,000 in funding for administration, buying fur and a youth trapper training program, as well as a membership drive and promotion.

“Our government recognizes the traditional, historical and cultural significance of trapping to First Nations in Alberta,” stated Alberta Premier Rachel Notley. “This new framework supports Indigenous self-determination and will ultimately ensure that Indigenous trappers in Treaty 8 territory can preserve their traplines.” 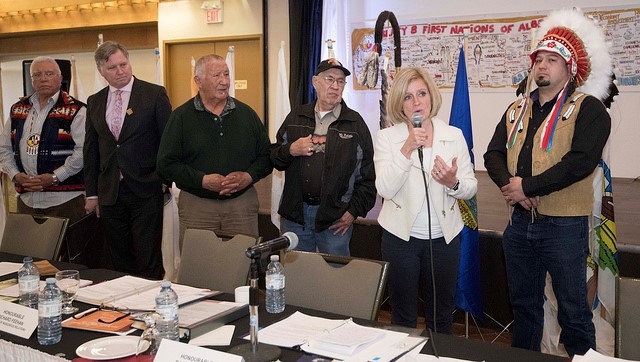 The Memorandum of Understanding embodies principles outlined in the United Nations Declaration on the Rights of Indigenous Peoples (UNDRIP), including Indigenous self-determination, promotion and protection of cultural traditions and values.

“I am very happy to see our efforts over the years come to fruition,” added Elder Mike Beaver, president, Alberta Treaty 8 Trappers Association. “The Memorandum of Understanding creates an opportunity to establish a body that understands and respects the integral role of hunting and trapping that defines our identities as Indigenous people, and this is very significant.”

“We are excited to see this MOU signed off between Alberta and the Treaty 8 Trappers Association, as this issue was mainly led by our Elders and land users within Treaty 8 territory,” remarked Isaac Laboucan-Avirom, Treaty 8 Grand Chief.

“Their main concern was the loss of their historical traplines and the impacts that industry has on traditional territories to some of their Treaty rights, especially trapping, hunting and gathering. The Treaty 8 Chiefs have supported these efforts for many years.”

The MOU also provides options for collaborative working relationships between Indigenous trappers across northern Alberta First Nations communities and the Government of Alberta.

Membership in the association costs $35 annually and is open to any Albertan. The Alberta Treaty 8 Trappers Association is led by a 10-member board that has been appointed to take the lead on behalf of Treaty 8 trappers to develop the association and work on this MOU.

Be the first to comment on "Historic agreement protects Indigenous trapping"