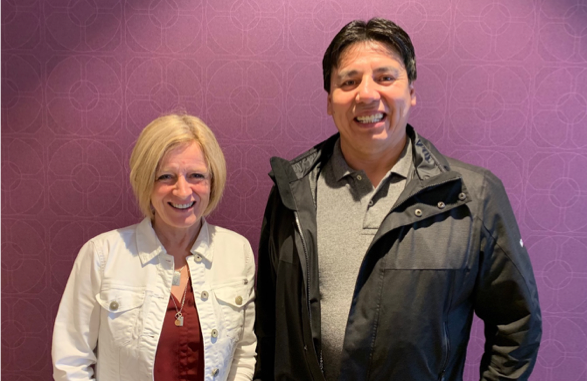 (NDP Press Release) SLAVE LAKE – One of the few bright spots in Jason Kenney’s Indigenous platform is unfunded in their fiscal plan.

In a UCP news release issued this week, Kenney promised to use a variety of fiscal tools including co-invested debt and equity lending from the Alberta government to create a billion dollar fund to back stop a First Nation pipeline purchase. He claimed he would find the money for it by cancelling Rachel Notley’s crude-by-rail plan. In fact, cancelling the rail deal would cost the provincial treasury at least $2.2 billion. [1]

“Kenney either has no idea what he is talking about – or he is intentionally misleading Indigenous people,” said Larivee. “In either case he wrote this promise on the back of a napkin in disappearing red ink.”

Larivee noted that UCP platform documents rewritten on April 4, and quietly posted online on April 5, allocate $24 million over four years for the proposed pipeline fund – with no indication of how Kenney would find the missing $976 million. [2]

Arthur Noskey, Grand Chief of Treaty 8 First Nations said the UCP platform “clearly shows that they know nothing or can’t be bothered with Indigenous people.”

“It ignores the uniqueness that we have as the First Peoples of this land, the Treaty relationship with the Crown, and the statistically proven disadvantage our people face in Canada,” Noskey said.

Earlier this year, the NDP ensured two rounds of Alberta’s renewable energy auction will require a minimum of 25% Indigenous equity from bidders in the development of 1,500 megawatts of power, which is enough to power more than 700,000 homes.

“I appreciate the advancements we have made working with the NDP. We’ve made progress over the past four years that we never saw under previous governments,” said Beaver First Nation Chief Trevor Mercredi. “The NDP understand our issues – and understand that we still have work to do on a wide variety of issues. I worry that we may lose the progress we have made up until this point. When First Nations do well, Alberta does well.”