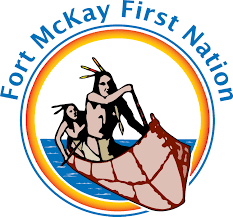 Fort McKay, AB – Fort McKay First Nation has filed a law suit against the Government of Alberta for a decision that opens the door to industrial development in an area that Alberta promised to protect. Just a year ago, Alberta committed to take steps ‘to ensure this sacred land is protected for generations to come.’

The Alberta Consultation Office has decided that an application by Prosper Petroleum Ltd. to develop an oil sands lease on the border of Fort McKay’s Moose Lake Reserve can be processed for approval by the Alberta Energy Regulator – despite the fact that the promised protection plan has not yet been implemented.

“One department of government is barreling ahead with development while Minister Phillips and other government officials are working with us to protect the same area from development,” said Chief Jim Boucher. “It is extremely distressing for our community that Alberta’s promise may not be fulfilled because of conflicting directions / decisions by the ACO. Former Premier Jim Prentice recognized that Moose Lake is the last and best remaining area in which Fort McKay can preserve its heritage and cultural activities. His promise of a plan to control intensive oil sands development on the borders of the Moose Lake Reserve was adopted by Premier Notley’s government. The plan, once completed, will protect the ecology and natural features of the area enough to enable traditional activities, including hunting and trapping, to continue. But it will also permit the oil sands resource to be extracted over time with controls on the pace, proximity and density of projects.”

“The Moose Lake area is irreplaceable to the people of Fort McKay,” confirmed Councilor Raymond Powder. “Alberta’s commitment to protect it is a crucial step in ensuring our culture and traditions can survive in the face of the large scale development on our traditional lands and that surround our homes.”

Prosper Petroleum intends to extract and process oil sands for more than 25 years. The first phase of its project will extend within 2 km of the Moose Lake Reserve. As a result of the Alberta Consultation Office’s decision, the Prosper project is now before the Alberta Energy Regulator which has no jurisdiction to consider aboriginal or treaty rights. Nor does it have the power to delay approval of the Prosper project until a plan is in place to protect the environment and Fort McKay’s rights.

“It is clear to Fort McKay that since the implementation of the new regulatory system in Alberta, the IRMS – Integrated Resource Management System – which actually is far from integrated, has allowed energy projects to be fast tracked, while limiting or even excluding First Nations opportunities to be consulted or participate in the regulatory process, bulldozing over the rights and lands of Aboriginal peoples,” said Alvaro Paes Pinto, Director of Strategy & Sustainability Department.

Fort McKay First Nation is made up of approximately 800 members. Its Moose Lake Reserves are located approximately 60km northwest of Fort McMurray.