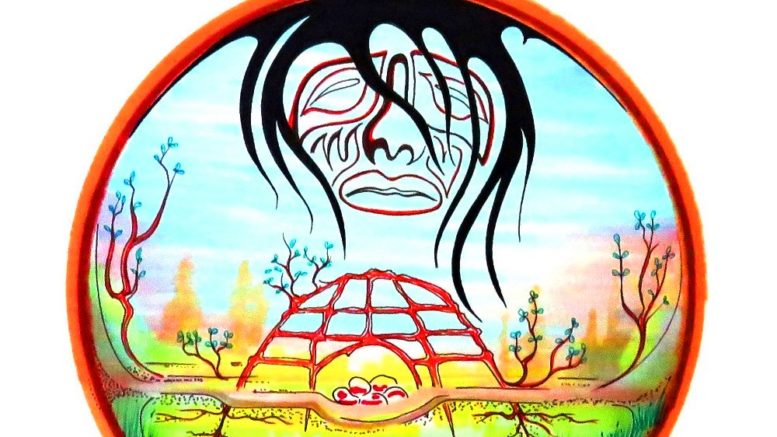 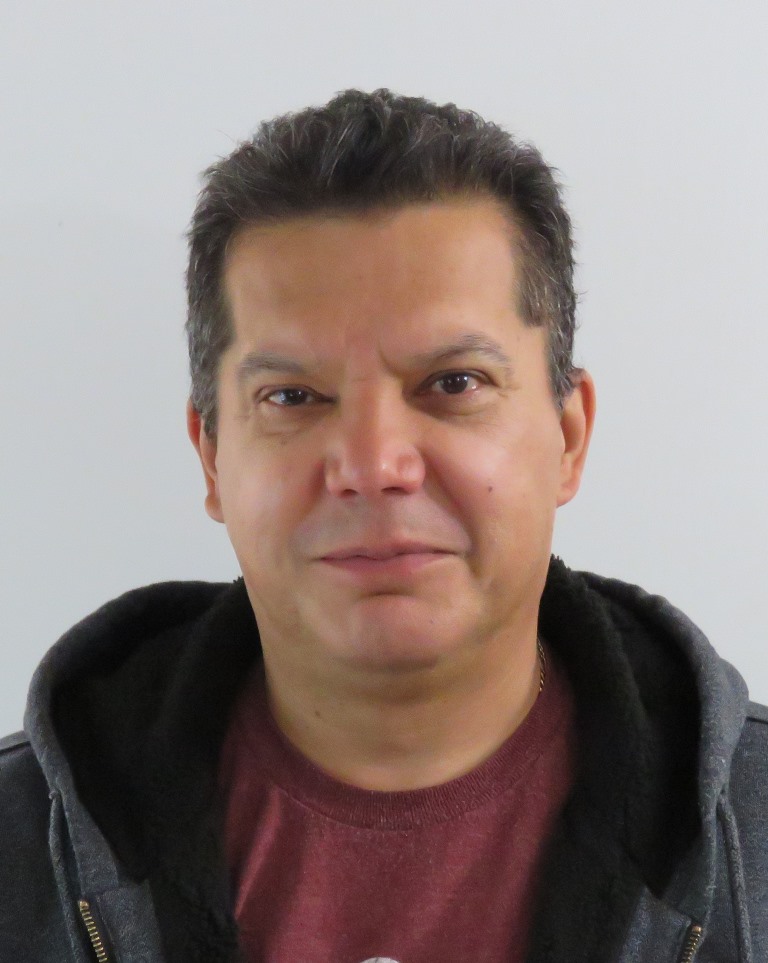 (ANNews) – The beautiful image on the cover of this month’s Alberta Native News is a detail from a painting by James Black, a talented contemporary artist.  Originally self-taught, Black has been a committed artist for over 20 years.  He has lived a traditional life, hunting and fishing, and is a member of the St’at’imc Nation, born in Lillooet, in the interior of BC.

As a traditional hunter and fisherman, James draws from his culture, but is also committed to representing contemporary urban life, sometimes highlighting the conflicts between the two worlds in his works.  James knows the struggles of First Nations youth in Urban environments.  He has struggled with addictions in the past.  Reaching out to respected Elders, he was able to recover through traditional practices and medicine.  His art then began to flourish, inspired by the beauty of his people and by the challenges within his culture.

James attended Thomson Rivers University for three years in Kamloops BC, studying fine arts, computing and political science. He was honoured to be recognized by the Kamloops Art Gallery while still a student at TRU. 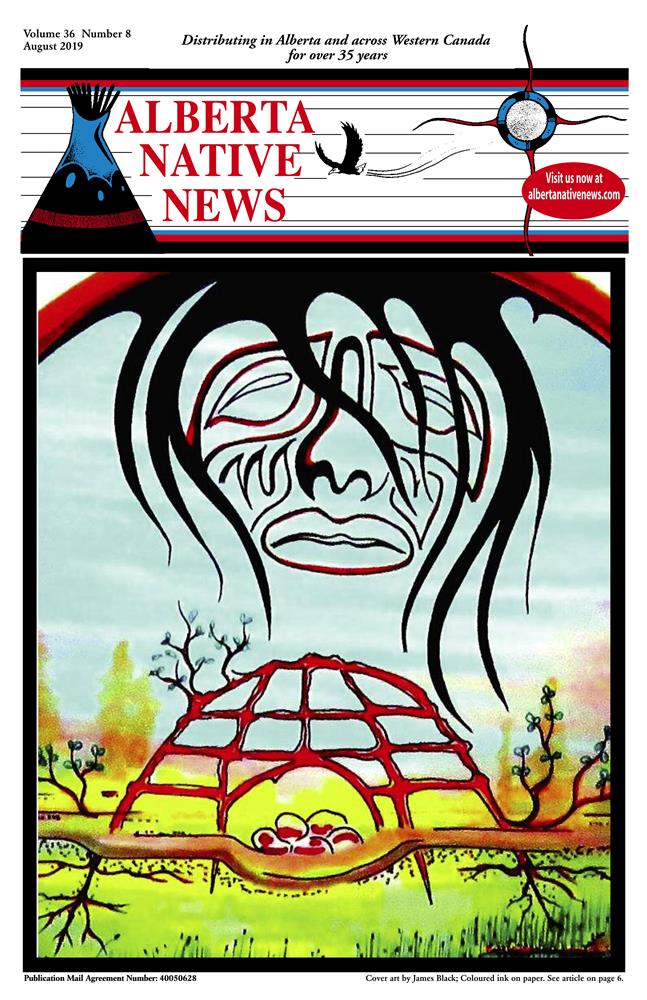 James has worked with several First Nation communities over the years designing logos and posters and he enjoys listening to others and helping them bring their visions to light. Although he finds this type of collaboration enlightening, he also paints from within.

Of his own creations, he says, “I strive to keep the designs simple and seamless, constantly searching for the perfect angle and hiding one inside the other in a way that it flows and keeps the viewers’ attention. My personal art over the years has a bit of a darker side, reflecting my interpretation of my family history as residential school survivors.

“At first the colors and theme appear beautiful and captivating until the eye captures the scene in its entirety. In these depictions I try to capture the moment of realization that it is life at its worst.  A few of these pieces are titled the Lost Sister Series and are available at Bearclaw Gallery in Edmonton.  As painful as some as these pictures may be upon full realization of what is happening, these horrible things happened and are continuing to happen to many people and not only in First Nation Communities.  Attention brings better results I like to think.”

James encourages people to contact him at [email protected]. He says, “If you have any design needs or ideas you would like to share with me please do. I often work with communities on an honorarium or gift basis. It’s something I enjoy, a gift that I want to share; it’s the stories and capturing something visually from your words that drives me to try harder as an artist. I get satisfaction from being part of something.”