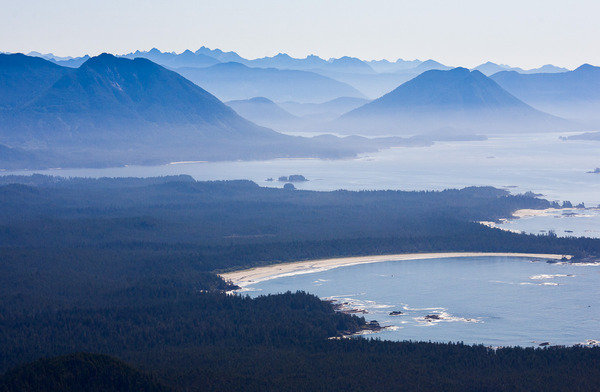 (August 2019) – Members of the Clayoquot Sound Conservation Alliance (CSCA) are congratulating the Ahousaht and Tla-o-qui-aht First Nations for securing a key federal commitment to advance their land-use visions in Clayoquot Sound, British Columbia, which will conserve the remaining ecologically-rare old growth forests in this iconic region.

Earlier this week, Minister of Environment and Climate Change Catherine McKenna announced that the federal government is committing to partner with the two Nations on land-use visions for their territories. This commitment includes funding through the Natural Heritage Conservation Program and will safeguard the remaining old-growth forests in Clayoquot Sound.

The Ahousaht and Tla-o-qui-aht Nations, along with Nature United, put forward an inspiring and innovative proposal to achieve long term community well-being and ecological integrity in their territories and result in a lasting conservation solution for one of the most iconic rainforest regions of the world. The proposal is part of the Nations’ broader plans for economic, social, and ecological well-being — safeguarding the ecologically intact temperate rainforest valleys of Clayoquot Sound is a key part of that vision.

In a recent release they stated, ” The federal announcement is an important step toward making the conservation of Clayoquot Sound’s globally rare old-growth rainforests a reality. We commend the federal government for their commitment to partner with the Ahousaht and Tla-o-qui-aht Nations on this vision for a sustainable future, and encourage all levels of government to fully support Indigenous-led conservation initiatives.

“We look forward to hearing more details from both the federal and provincial governments about the scope and scale of their support for this work to safeguard Clayoquot Sound.”