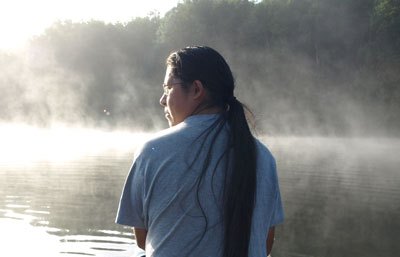 (August 20, 2019) – Most of the time we take the language we speak for granted. We were brought up speaking one language or another depending on our location in the world and culture. Language in fact has a lot to do with how we see the world, how we think and how we live.

I was born and raised on James Bay in the First Nation of Attawapiskat and I grew up in a very traditional family. I learned to follow much of the traditions and culture of the Cree of James Bay and lived often out on the land hunting and gathering like my ancestors did for thousands of years.

Happily, I was fortunate to be brought up in my language which is Inineemoon, or Cree as it is known in English. Oddly enough, the word Cree is foreign to us on the coast as it is a descriptive word that was applied to us by Europeans when they first encountered our people hundreds of years ago. It was the southern Ojibwa people from the Great Lakes regions who described us northern people as “Kiristino” or variations of this word. Europeans then took the description and shortened the word to just Cree and the name stuck to describing the tribes around James Bay and much of the prairies to the west. The word we use to describe our language is ‘Inineemoon’, which is a contraction of Ininew, which means ‘people’ and adding the ending ‘moon’ which refers to speaking or talking. It basically translates as ‘the peoples language’.

My first language was Inineemoon and from the time I was a child I spoke this way among my family members and friends. In those days very few people spoke English or French to a great degree even into the 1980s. The Elders I grew up with could understand English for the most part but many could not speak it well. Everyone preferred to use Inineemoon.

When I started school things began to change and I discovered that the English language was very important because much of North America and the world spoke it. I learned quickly that if I wanted to have any kind of life in terms of education and communicating with the outside world I had to become fluent in English. Part of that reality was obvious to me because all of the television and radio content I was exposed to was all in English.

Even with all of the pressure to learn English I was fortunate in that at home we all spoke Inineemoon and we also spoke the language with everyone in the community. Now I notice a difference in that although many young people still speak Inineemoon it is being lost to a degree with the passing of our Elders and so much exposure to English at school, on television, radio and in most of the media. These days our young people also have access to the internet and that demands that they speak English most of the time. After all the Inineemoon speaking population in this world is very small and even within this there are many different dialects.

There are many Canadian Indigenous Languages including the main ones of Cree, Ojibway, Innu/Montagnais, Oji-Cree, Mi’kmaq, Atikamekw, Blackfoot, Inuktitut, Dene, Tlicho, Slavey, Carier, Stoney, Dakota, Shuswap, Halkomelem, Gitksan, Nisga’a, Kwakiutl, Nootka, Mohawk, Michif, Tlingit, Kutenai and Haida. By the way it might interest you to know that the most popular spoken languages in the world are Chinese, Spanish and English is third. Inineemoon is of course the very rare diamond in the wilderness.

There are many First Nations, Elders, Native political organizations and educators that are doing their best to keep our Indigenous languages alive. This is a relatively new movement and one that has, I must admit, been supported by the Justin Trudeau Liberal government. I have participated in events over the past few years that have featured teaching Indigenous language to young people and the public at large. It made me feel very good recently to share a day with Elders, educators, traditional leadership and young people with a focus on learning the language. In this case much of the language being learned had to do with Ojibway and Oji-Cree, especially with the regional dialects of the First Nations of Matachewan and Beaverhouse. I learned a lot and shared my language with others at this event. It was great to meet some Inineemoon speaking Elders to chat with as I always look forward to occasions like this.

As usual events like this only come about because of the vision, skill and hard work of some people in leadership positions that develop events, workshops and lobby the education system to commit to keeping indigenous languages alive. To be healthy and well grounded we all need to know where we come from, our history as a people and language has a lot to do with this. I congratulate all of those visionary people like Ann Batisse, Bertha Cormier and their staff and friends at the Temiskaming Native Womens Support Group for putting their energy and efforts into keeping the language alive. Thanks so much also to the many Elders who are passing the language and traditions along to future generations.

Under the Northern Sky: We know how to manage this pandemic

Be the first to comment on "Xavier Kataquapit: For the love of language"