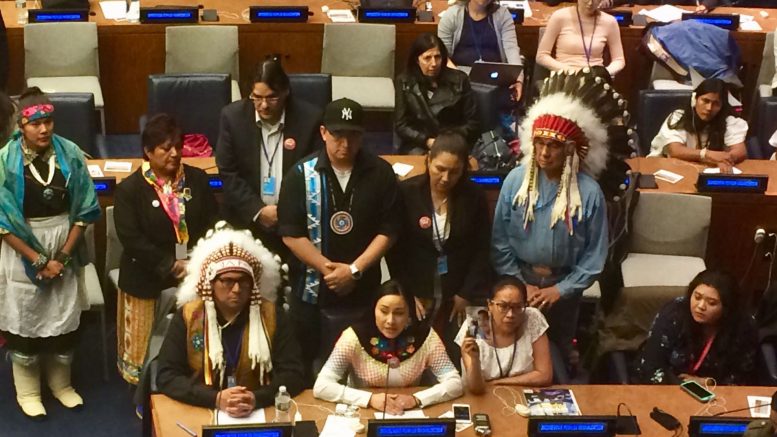 (ANNews) – On Aug. 9 – the fifth anniversary of Colten Boushie’s death – the Congress of Aboriginal Peoples (CAP) called on the Government of Saskatchewan to launch a public inquiry into the police’s handling of his killing, while Boushie’s mother is asking for an apology from police and substantial judicial reform.

In March, the RCMP’s Civilian Review and Complaints Commission (CRCC) found that police racially discriminated against Boushie’s mother – Debbie Baptiste – when they came to notify her of her son’s death and demanded to smell her breath for alcohol.

Gerald Stanley shot Boushie, a member of Red Pheasant Cree Nation, in the head after Boushie and some friends had trespassed on his property in the Rural Municipality of Glenside, Sask., after their SUV had a flat tire. He was found not guilty of second-degree murder by an all-white jury in 2018.

The CRCC concluded that there was no evidence he had engaged in any property crimes when he was shot, contrary to the RCMP’s insinuation in their media releases immediately after the killing.

“The Government of Saskatchewan should have taken a leadership role in this case and the appeals process,” CAP national vice-chief Kim Beaudin said in a statement.

“It’s clear this case was not handled professionally by the RCMP, and Colten’s family deserves to be treated equitably by Canada’s justice system. Contrary to what RCMP leadership might believe, systemic racism is alive and well in the organization across Canada.”

In an interview with the Saskatoon Star Phoenix, Baptiste reflected on five years since the tragic loss of her son, whom she recalls helping a friend who was struggling in school as early as Grade 2.

She says he was an incredibly studious youth, who began reading at a young age, loved science and participated in spelling bees.

Boushie was also socially conscious, expressing concern about the climate crisis and fear that Red Pheasant could be engulfed in flames from a wildfire, she added.

This lead him to take firefighting training, which he did after he concluded a construction course.

“He really liked the outdoors … My sons used to cut wood, firewood, and they’d take it to the ceremonies; when there was a funeral they would take the firewood out there, they would keep the fire, they were the fire keepers,” said Baptiste.

“There was so much he had wanted to do, and it was taken away from him.”

Family lawyer Eleanore Sunchild told the Star Phoenix that although she never knew Boushie, the person she learned about when she came to represent the family was nothing like the person depicted in the media.

“He was painted by many as a thief, as a criminal, a drunk and he really wasn’t any of those things,” said Sunchild.

“He had no criminal record. He was helpful. He was respected in the community – like I haven’t heard anybody say anything negative about Colten at all. That one day, yes, he was drinking, but that does not make him a bad person. But he was vilified in the media and on social media as a stereotype.”

Baptiste says despite the CRCC’s findings, justice has not been served. She’s asking for an apology from the RCMP, as well as justice reforms that will make it harder for people like Stanley to get away with taking a life.

Until then, she offered her support to other families going through similar injustices.

“We help the other one(s) going through the hard times, the injustice they will also face, that we will be right behind them backing them up, telling them keep going,” Baptiste said.