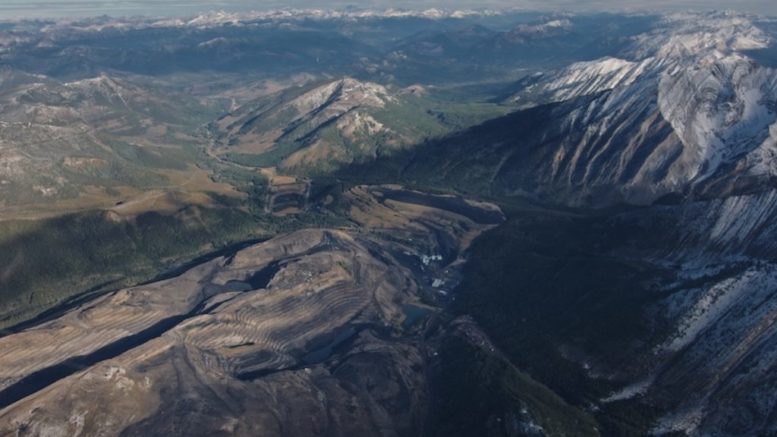 (ANNews) – The federal government has officially put a nail in the coffin of the contentious Grassy Mountain coal project with an Aug. 6 announcement that the project will not proceed.

In June, an independent provincial joint review panel against allowing Australia-based Benga Mining to extract metallurgical coal from an open-pit mine in the mountains of the Crowsnest Pass. The project would have produced 4.5 million tonnes of processed coal per year for the mine’s 25-year lifespan.

Critics pointed towards the risks of selenium pollution in the Oldman River, which would have deleterious effects for fish and humans.

The feds concluded the project wasn’t worth the risk to surface water quality, the threatened westslope cutthroat trout population, the endangered whitebark pine, and the physical and cultural heritage of the surrounding Kainai, Piikani and Siksika First Nations.

“The Government of Canada must make decisions based on the best available scientific evidence while balancing economic and environmental considerations,” said federal Minister of Environment and Climate Change Jonathan Wilkinson.

“It is in Canada’s best interests to safeguard our water ways for healthy fish populations like the Westslope Cutthroat Trout, respect Indigenous peoples’ culture and way of life, and protect the environment for future generations.”

“This is another win for clean water, fish and wildlife and for the many Albertans who have been worried about the negative effects of new coal mines on their communities,” Morrison told the Canadian Press.

The Stoney Nakoda and Piikani First Nations, as well as Benga Mining, are appealing the joint review panel’s ruling.

“The (panel) did not properly assess the impact that rejecting the project would have on Stoney Nakoda Aboriginal and treaty rights and economic interests related to the accommodation of those rights,” says the Stoney application.

Piikani Chief Stanley Grier acknowledged that opinion is divided among First Nations, but said he fully supports the project for the economic activity it would generate.

“I know there are members of my nation who take a different view, and I respect them and fully support their right to speak out,” he wrote in his submission. “However, that does not change the position of the Piikani Nation.”

Kainai Nation member Latasha Calf Robe, who founded the Niitsitapi Water Protectors to protest the expansion of coal mining in the Crowsnest Pass, said in June that the provincial panel made the right decision.

“Projects that will have adverse effects on Niitsitapi ways of life, culture and rights should not proceed and we are grateful that the panel acknowledged the severe impacts a project such as this would have on Indigneous peoples,” she said.

The Piikani and Benga applications will be heard in court Sept. 9, while the Stoney appeal is to be heard on Sept. 22, the Canadian Press reported.