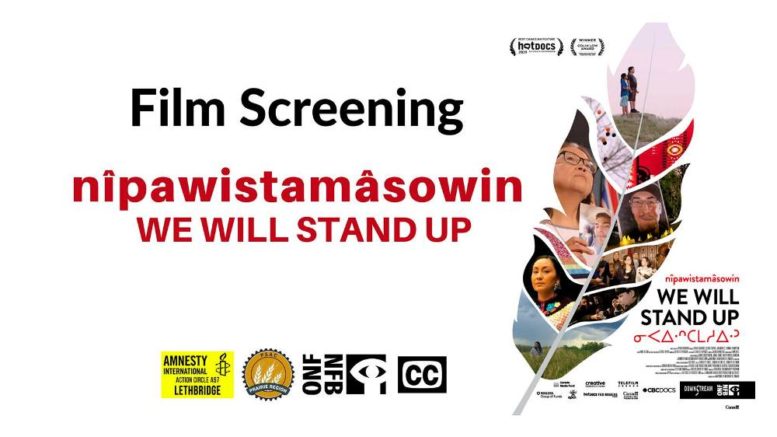 (October 2019) – The National Film Board of Canada is delighted to announce the screening of their co-production, nîpawistamâsowin-We Will Stand Up, at the Lethbridge Public Library on November 4, 2019.

This free event is hosted by Amnesty International Lethbridge Action Circle A97.

This documentary, directed by Edmonton-based Tasha Hubbard, follows the family of the late Colten Boushie, an Indigenous young man fatally shot by a Saskatchewan farmer in 2016, in their quest for justice in Canada’s legal system.

This past weekend, the film received several awards in Toronto: Sun Jury Award and Audience Choice Award – Feature Film at imagineNATIVE 2019 as well as the Director’s Guild of Canada (DGC) Discovery Award.

nîpawistamâsowin: We Will Stand Up is currently touring all over Canada, as well as internationally, to great success.

Be the first to comment on "Award-winning documentary about Colten Boushie screens at Lethbridge Public Library: November 4"