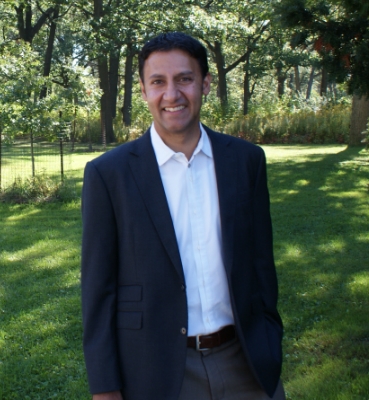 The portfolio, which falls under the auspices of the Department of Canadian Heritage, began working with its partners, the Assembly of First Nations, the Métis National Council and Inuit Tapiriit Kanatami, last winter. In June, the four parties sat down together and established a ‘terms of reference’ and then set out to begin the community consultation process.

A series of themes was established to help guide the discussions on Indigenous Languages legislation. Determining the best means to address preservation, revitalization and promotion of languages and the types of protections needed for Indigenous languages were among those themes. The initiative also wants to find the best ways to address the Truth and Reconciliation Commission’s Calls to Action, including Call 13 related to rights recognition, Call 14 with aspects of federal funding and management by Indigenous Peoples and communities, and Call 15 on the appointment of an Indigenous Languages commissioner.

It’s a large task, but one that MP Arif Virani, Parliamentary Secretary to the Minister of Canadian Heritage (Multiculturalism), Melanie Joly, is excited about and looks forward to completing. Ever since being entrusted to work on the Indigenous Languages project Virani has been determined to meet the goals of the initiative and he wants to accomplish the task on time.

“There is a sense of urgency,” he admitted.

“We made a very public commitment to work together and co-develop legislation that we are trying to table in the House of Commons in 2018.”

Virani said that after the four partners met together in June, “we decided to use the summer to reach out to different communities around the country. The First Nations, Métis and Inuit communities are each holding consultations with communities and organizations in their respective areas.”

Heritage Canada funding has been provided to the three Indigenous groups to allow them to fulfill their consultation goals. To balance the initiative and help ensure a cohesive and comprehensive outcome, Virani is also making the rounds.

“While the three groups are involved in consultations in their communities,” he explained, “I also, on behalf of the minister, am travelling around the country talking to different language experts, institutions and students at those institutions who are (in the process) of learning to speak their own languages.”

On September 8, MP Virani (Toronto Parkdale-High Park), who is also a lawyer, visited Edmonton where he spoke to media and met with Indigenous Languages experts, practitioners and community leaders and members.

“It’s been an interesting and educational summer, I imagine for everyone. As we gather information, from a parliamentary side, we pass what we’ve learned back to Ottawa. This fall each of the partner groups will meet in Ottawa to report on what we’ve learned through these engagements, meetings and consultations. From there we will co-develop a drafting of the legislation before tabling it and taking it to the House of Commons for a first-reading sometime in 2018.”

As the consultations continue several areas of importance have already been determined.

“We’ve heard rather consistently from most communities that longevity is deemed to be quite important; for instance, the communities don’t want contract-to-contract or project-to-project funding. Instead they want something long term, something that offers a sense of security in the legislation that will allow people to cross the finish line so they can become fluent in Cree or Dene or any language they are pursuing. There’s also been a call to get more young adults and Elders involved. Some communities already have established initiatives when it comes to training and education and they have trainers and teachers on staff, while others are just getting started and will need and want more help developing these areas.”

Virani said that the “uniform piece I’m hearing all the time is that a viable and long-term program isn’t just a prerequisite, it’s an invaluable part of the solution needed for the recovery of Indigenous peoples in terms of the legacy of the residential school system, the colonialism, and the racism that prevailed when it restricted languages and cultures. To replace that legacy, we need to return the language skills so that people can feel confident in who they are – a sense of identity, a sense of belonging, a sense of community that has a positive effect on their own success – whether that’s educational or economic success, career potential and mental and psychological well-being. There are so may positives that can arise from a small gesture on the front end to reaffirm peoples’ sense of identity and belonging; that’s why we are working so hard – this has to be right as a model we can carry forward.”

To date Mr. Virani has met with Indigenous groups in southwestern Ontario, Manitoba, Saskatchewan and Alberta. British Columbia, Atlantic Canada and Quebec are up next.

Before moving into his job with the Canadian Heritage Ministry, Virani was the Parliamentary Secretary to the Ministry of Immigration, Refugees and Citizenship. During a cabinet shuffle, Prime Minister Trudeau moved him from that post and named him Parliamentary Secretary to the Minister of Canadian Heritage (Multiculturalism). Asked what it was that Mr. Trudeau saw in his ability that would see him transferred to his current post, Virani replied, “that’s a good question,” before noting that he was honoured to serve the PM in any capacity.

The fact is that Arif Virani likely has just what it takes to get the job done. He’s not only an educated politician who attended both McGill University (Montreal) and the University of Toronto, but is also a refugee with an Indian background. Born in Uganda, Virani was an infant when he arrived in Canada with his exiled parents in 1972.

“The Indigenous Language project has been phenomenal,” he said. “The analogy I can draw is that when consulting with people on the ground about how they want their kids to learn their traditional languages, or how they need to have a sense of belonging, it resonates with me. As a person who came here as a refugee I can certainly understand the importance of connectedness. I would never want to analogize my immigrant experiences to the founding people of this land who’ve been here for 15,000 years, but at the same time I do understand the importance of language. When I have a Métis mother or an Ojibwe father talking to me about wanting their kids to know their language, a language that was sometimes forcibly taken from them in the residential school system I get it, I understand it.”