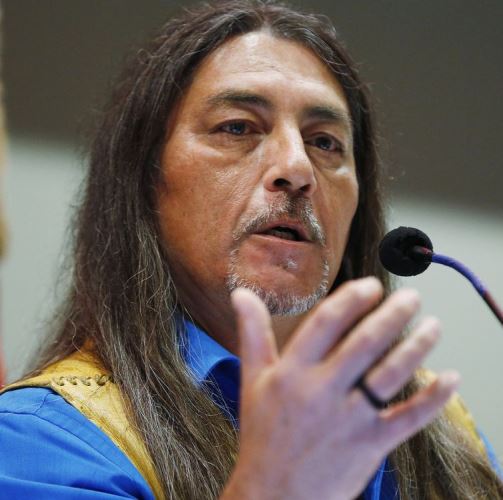 (Oct. 5, 2017) – After four years of fighting to stop the proposed pipeline project, a network of environmental groups, First Nations, students, faith and local groups along the proposed route say Canadians, and people around the world, should feel relieved that TransCanada has cancelled Energy East.

“Today is a great day for the climate and the hundreds of thousands of Canadians who stood up to Energy East and its risks to our land, water and communities,” said Andrea Harden-Donahue, Energy and Climate Justice Campaigner, Council of Canadians.

“We witnessed a People’s Intervention that forced the climate costs of Energy East to the forefront of the pipeline review,” added Aurore Fauret, Tar Sands Campaign Coordinator, 350.org.

“Over 100,000 messages were sent to the National Energy Board (NEB) demanding it consider all the emissions the project would generate. Close to 2,000 people applied as intervenors, citing climate change as one of their reasons. Two years later, after the NEB accepted to review the climate costs of the pipeline, TransCanada is calling it quits. Other tar sands pipelines like Kinder Morgan aren’t being subjected to a climate test and Trudeau’s government needs to change that.”

“Both the Northern Gateway fight and this Energy East one show that when First Nations stand together, supported by non-Indigenous allies, we win,” said Grand Chief Serge Simon of the Mohawk Council of Kanesatake on behalf of the 150 First Nations and Tribes who have signed the Treaty Alliance Against Tar Sands Expansion, vowing to work together to stop all tar sands expansion. “So that’s two tar sands expanding mega-pipelines stopped in their tracks but it will be a hollow victory if either Kinder Morgan, Line 3 or Keystone XL are allowed to steamroll over Indigenous opposition and serve as an outlet for even more climate-killing tar sands production.”

“The message from today’s cancellation of TransCanada’s proposed Energy East pipeline is loud and clear: new tar sands pipelines don’t make sense — economically or environmentally — in a world that is addressing climate change and moving away from fossil fuels,” said Patrick DeRochie, Climate & Energy Program Manager with Environmental Defence. “New pipelines can’t be justified during a time of declining investment in the tar sands, North American pipeline overcapacity, and an unstoppable transition to renewable energy.”

The pipeline put over 5 million Canadians drinking water at risk including in Winnipeg, North Bay, Ottawa, Montreal and Saint John, a key factor in strong, and growing municipal opposition.

“Today, science finally wins, thanks to the relentless work of grassroot and environmental groups,” added Carole Dupuis, general coordinator of Regroupement vigilance hydrocarbures Québec, a network of 130 citizens groups in Québec. “The Québec population was clearly opposed to Energy East, we stopped the Cacouna port and are celebrating the end of the project.”

“Energy East would have put my community, Red Head, at the end of the pipeline path at risk,” said Lynaya Astephen with the Red Head Anthony’s Cove Preservation Association. “The people of Red Head stood up to protect our health, the Bay of Fundy and the climate. It felt like David versus Goliath, and David won.” Over 700 people joined the ‘March to the end of the Energy East (Pipe)Line’ demonstrating their opposition to the project.

“Energy East is over now that we’re considering its toll on the climate, but Kinder Morgan and Line 3 didn’t get an extra review, despite the Trudeau government’s promise to fix the broken process,” said Duncan Noble of Pipeline Awareness Renfrew County. “For all of our sakes, Kinder Morgan, Line 3, Line 10 and Keystone XL tar sands pipelines must face the same fate.”

“Today’s decision is a victory for the countless people who have worked hard to see this pipeline project axed,” added Teika Newton, executive director of Transition Initiative Kenora. “The downfall of this project is due in large part to the recent changes to include climate change and emissions in the Energy East review, signaling Canada is moving towards making positive steps in the right direction for its international commitments to take action on climate change.”