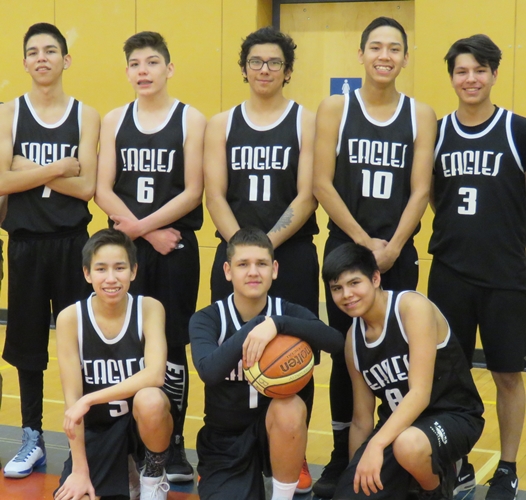 (ANNews) – Last year Amiskwaciy Academy added a new sports/athletics program to its school curriculum when it introduced the Amiskwaciy Eagles, a senior high school basketball team that enables young high school student athletes to participate and play in organized sporting activities. This year, after getting their feet wet via several exhibition games and participation in a local tournament, the team joined the Edmonton and area high school basketball league, which falls under the auspices of the Metro Edmonton High School Athletic Association, an entity that has been dedicating itself to sport in the Capital Region since 1988. In all, the Association has 51 member schools and oversees 15 different sports.

“It’s an exciting and meaningful opportunity for our students to work together, learn together and play together as a team,” noted Amiskwaciy teacher Terris Mah, who acts as the teacher/supervisor of the group. 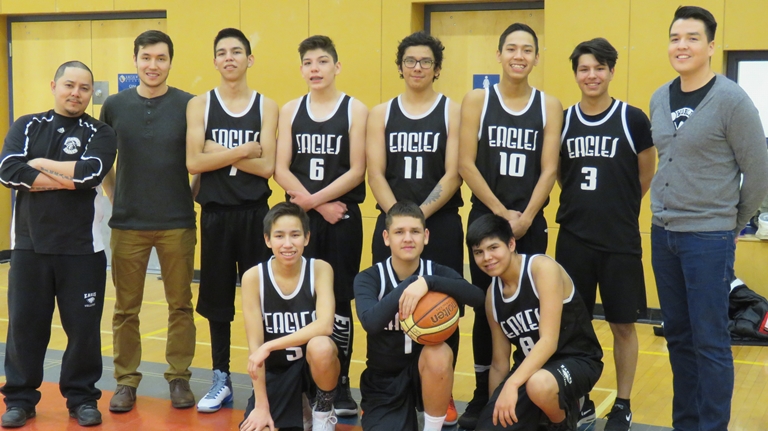 The High School basketball program embraces three different divisions and includes 47 teams, from area schools; the Eagles are one of the 12 teams that make up Division 3. Division 1 includes 15 teams while Division 2 has 20 teams that are divided into two groups, Pool A and Pool B.

“Naim Cardinal, the Cultural Liaison at Centre High Campus and I held several basketball clinics last year for both boys and girls and this year the boys team joined the league,” noted Mah. “We are now making an effort to reach the playoffs. Naim is the head coach of the team and he is assisted by two University of Alberta students, Michael Swampy and Dakota Nepoose.”

All three coaches have experience as players and are enjoying the opportunity to work with and teach Amiskwaciy students about the game of basketball.

“It’s a rewarding experience for us and an exciting opportunity for the students,” noted Cardinal in an interview following a game between the Eagles and the W.P. Wagner Warriors, an energetic group of players coached by W.P. Wagner teacher, Keith Kruse. 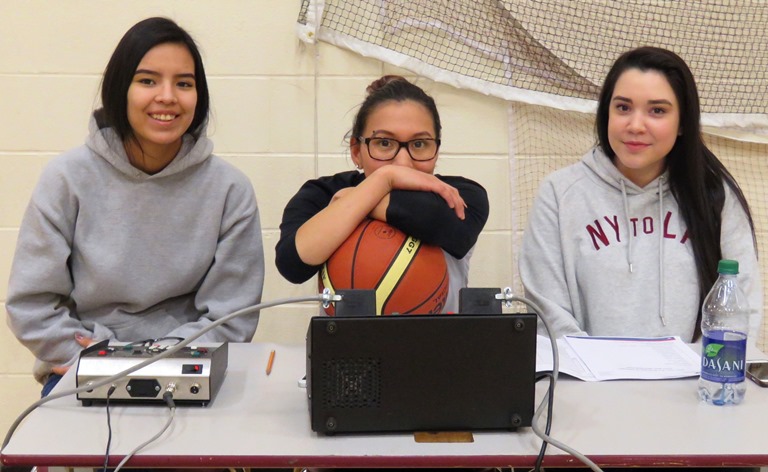 “This is the team’s first experience with organized sports and though we still have a way to go before we can compete with the best, the boys have come a long way and are doing remarkably well,” noted Cardinal, who oversees several practices and two games a week. “The competition is tough because many of the schools have been in the league for years now, but we are making great strides and are confident that as our experience grows our team will thrive. Basketball, like any team sport, is great for the students. It builds character and self-esteem and most important it involves team work, something that will help every student as he moves forward into the future.” 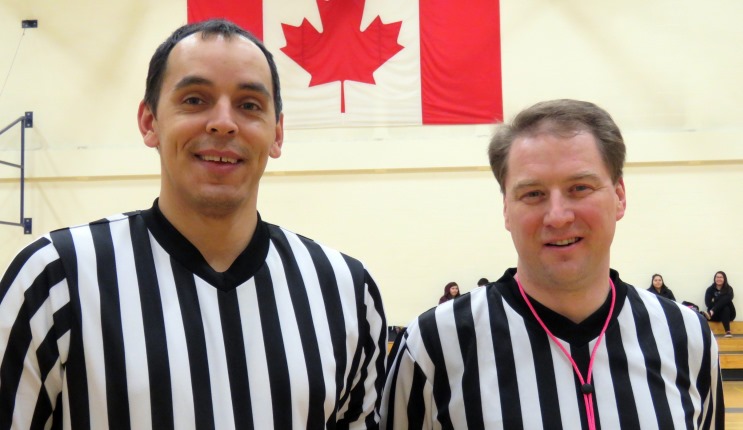 “It’s a lot of fun and we are improving every day,” noted Anthony Bull, who joined the team last year. The Grade 12 student attended Amiskwaciy Academy in Grade 9 and returned last year for Grade 11. “Two of the coaches that are training us – Mike and Dakota – are from my home community, Maskwacis, so I am familiar with them and learning a lot from them this year. In coming years I expect that the team will do quite well.”

Anthony plans to continue with basketball as he moves ahead and pursues a career in Engineering. His plan is to attend NAIT once he’s graduated from Grade 12. 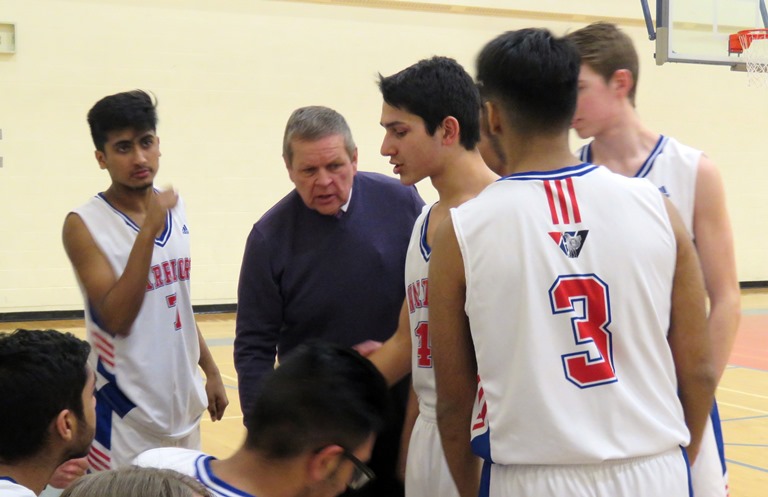 WP Wagner basketball coach Keith Kruse offers words of advice to his players as they prepare to take on the Amiskwaciy Eagles.

“The coaches are tough on us, but achieving success only comes with hard work and dedication,” said Blaye Chickosis, a team member and a Grade 12 student whose home is on the Poundmaker First Nation, located near the community of Cut Knife in north-central Saskatchewan. “I’ve really enjoyed attending Amiskwaciy Academy; I’ve been getting my education here ever since Grade 7. The basketball team is a great addition to the school and I really enjoy being a part of the team. I’ve learned so much this year and find it to be a very rewarding experience.”

Blaye plans to attend the University of Alberta next year and is interested in pursuing an education in Native Studies.

The loss against W.P. Wagner on February 8 kept the Amiskwaciy Eagles in ninth place, one spot out of a playoff position, with two games remaining.

“The boys will do their best to get the win we need to move ahead,” assured Coach Cardinal, “but win or lose they have nothing to feel bad about; they’ve done a great job this year and they’ve come a long way as a team. The future looks promising.”