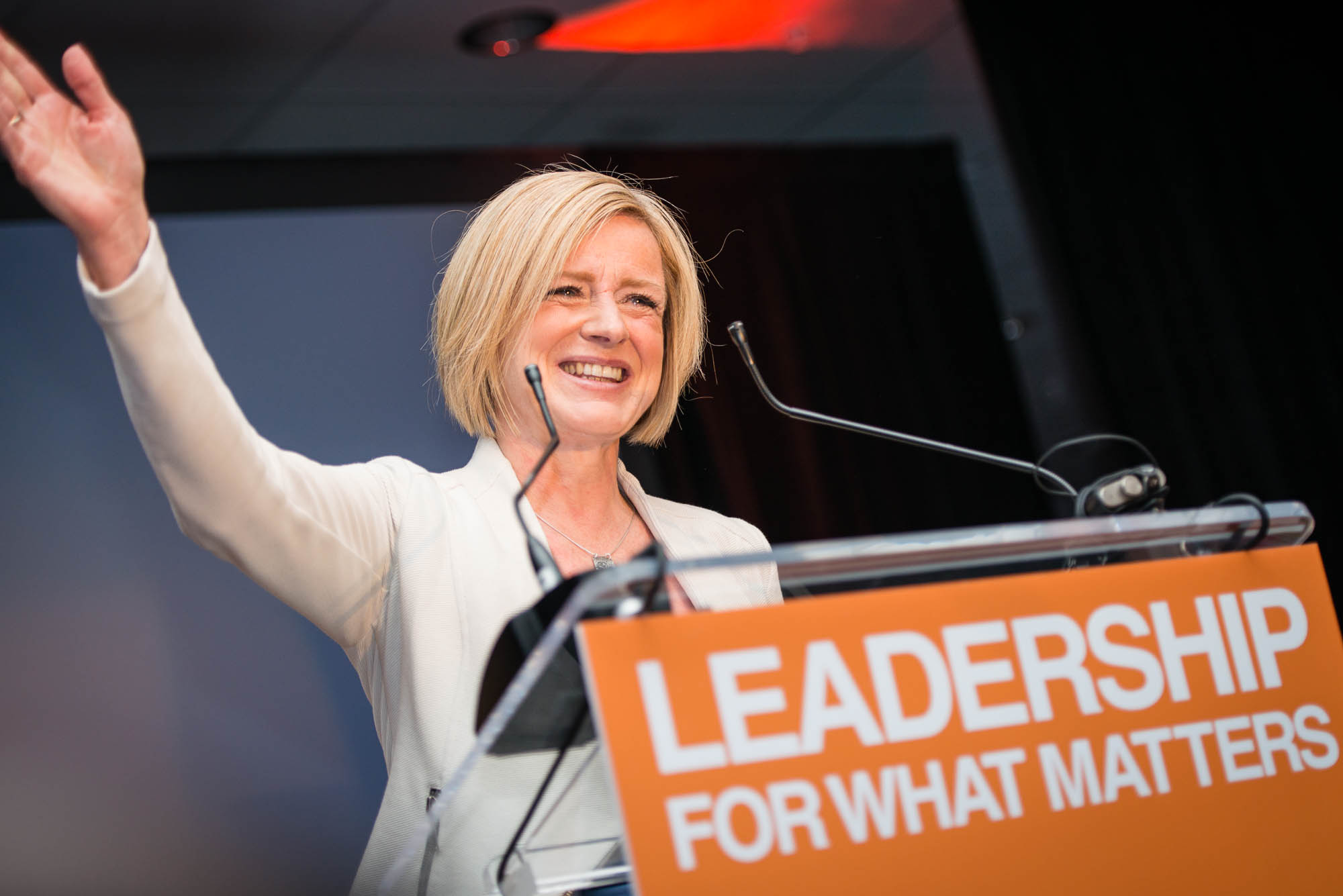 Alberta NDP leader and now Premier of Alberta Rachel Notley’s overwhelming election victory earlier this month might have been a surprise to many, but that’s likely of result of more than four decades of Tory rule in the province. The NDP won 53 of the 87 seats in Alberta’s legislature, including all 19 seats in Edmonton and all but three in Calgary. The Wildrose party finished in second place with 21 seats and will form the official Opposition, while Prentice’s PCs were relegated to third with 10 seats.

It would appear then that only in 10 ridings did citizens forget that Alberta, particularly in recent years, has rid itself of the common touch, choosing instead to ignore the masses in favour of perks for major corporations and hefty severance packages for retiring politicians and the heads of government agencies.

Jim Prentice made a lot of good moves when he first took over the Premier’s chair last fall, even talking with the province’s Indigenous peoples about securing better living conditions and improving health care and employment issues, but he made some bad ones as well. The five key factors that led to his government’s defeat are fairly obvious; first, he was left with a mess to clean up and an unhappy electorate tired of government leaders who put themselves before the constituents they were elected to serve and represent. Then he announced a budget that took money from the populous via program cuts, funding cuts, health care payments and fewer services, while leaving business owners with their 10 percent tax rate. Then he called for an election a year before he should have and even if it was the right thing to do to get support for his budget, it backfired on him. The fourth mistake was talking down to Albertans, who’ve had just about enough diatribe from self-serving Conservatives blaming the masses for the province’s financial woes. Finally, he ignored most of his opponents and challenged the wrong would-be Premier in a television debate that Albertans clearly determined was won by adversary Rachel Notley.

The NDP victory is good news for Albertans seeking positive change to the failing system of government they’ve been forced to get used to these past several years. It appears to be great news for the province’s Aboriginal communities and citizens, many of whom are lauding the new premier for her words to and about Aboriginal peoples in the province.

The Aboriginal vote played an integral role and perhaps for the first time ever, helped to sway the numbers in favour of the NDP. Aboriginal voters stepped up to the polls in record numbers this year to exercise their right to vote

“Albertans have voted for change and one of the changes that they voted for is a new kind of respect and a new kind of relationship with their government,” stated Notley soon after winning the election. “Albertans across the province have told me that they are tired of old, entitled approaches that leave them out of conversations about their livelihoods, their services and their families. Whether you are a business leader, a union leader, a municipal leader, someone who leads in our civil society or whether you are just a plain-old wonderful Albertan, let me say this to you: Our legislature belongs to you.”

One of the first things on the NDP agenda will be the implementation of the United Nations Declaration on the Rights of Indigenous Peoples, something Notley has promised to introduce into law in Alberta. The renewed partnership with Indigenous peoples, promised the newly elected premier, will include working to resolve land claims, addressing issues around the consultation process and Honour of the Crown commitments and supporting a national inquiry into missing and murdered Aboriginal girls and women.

The NDP has also set a new precedent by presenting something that the PCs failed to do, both here in Alberta and in Ottawa. They presented an Aboriginal Platform, something that neither Alberta’s Conservative Party or Stephen Harper’s “new” Conservatives government has ever done. The NDP Aboriginal platform reads as follows:

The Grand Chiefs of Treaties 6, 7 and 8 were quick to extend a warm welcome to the incoming government, stating: “We congratulate you, we welcome you; let’s sit down and meet; let’s talk about how we can move forward.”

“These are exciting and hopeful times that we live in,” stated Chief Steve Courtoreille, Grand Chief of Treaty 8 First Nations of Alberta.  “I want to express our congratulations on behalf of all the Chiefs of Treaty No. 8. We are looking forward to meeting with Premier Notley to discuss new ways to repair and reinvigorate relations between our two governments and to continue the discussions on areas where we had made previous progress.”

Treaty 6 Grand Chief Bernice Martial expressed, “First Nations in Alberta have never benefitted from our Province’s wealth like all other Albertans have. Our infrastructure is 50 years behind the rest of the Province of Alberta. We look forward to creating new fiscal relationships with the NDP government that will ensure that First Nations are no longer marginalized with substandard living conditions in Alberta.”

In a press release, the Athabasca Chipewyan First Nation (ACFN) said they “are ecstatic with the results of the (recent) election ushering in a new NDP majority government in Alberta. It is clear that Albertans also want change and we are encouraged this government will take the time to do the proper assessments that evoke that change. As First Nations we are optimistic to finally have a government that recognizes and respects Indigenous rights and territories and look forward to sitting at the table with this new government to find effective ways to implement and respect Aboriginal rights across multiple sectors. While the ACFN have raised multiple issues over the years relating to land management, environmental, health and education, we are finally looking forward to possibly resolving our concerns through a meaningful working relationship with the NDP government.”

Assembly of First Nations Regional Chief Cameron Alexis told APTN National News that the NDP were the only party to reach out to First Nations in the province.

“I sincerely thank premier-elect Notley for recognizing the Indigenous peoples of Alberta and the will to work with us,” Alexis said in a statement to the popular broadcaster. “She further reached out to ask for the Aboriginal votes. This was not evidenced by the other parties. We look forward to a positive relationship with the NDP and begin the path to move forward on all issues relative to First Nations and all Albertans.”

ACFN Chief Allan Adam also said he too was looking forward to working with the new premier.

“We have to build that new bridge with the new premier of Alberta,” said Adam. “Ms. Rachel Notley is more than willing to sit down with Aboriginal people and leaders across this province of Alberta, so be it, I’m game.”

During her victory speech Rachel Notley reached out to Alberta’s Native peoples when she said: “To Alberta’s Indigenous peoples, the trust that we have been given tonight is a call to be better neighbours and better partners. And I am looking forward to consulting with you and learning from you.

It is far too early to tell what the future will bring under NDP rule, but one thing is certain; this new wave, this positive-thinking tide of orange will have a difficult time leaving behind a mess worse than what the last three Tory governments have left in their wake.

COVID-19 Testing Available for All Albertans

Class Action commenced against Gov. of Alberta for Coerced Sterilization of Indigenous Women