The federal government is failing its citizens in a variety of spheres and has been for some time. The latest budget, the passing of what has become a very controversial Bill C51, (though not law yet), corruption and courtroom drama, spending more than $100 million to fight courtroom battles against Treaty rights while cutting funds to viable programs and services, and an array of other questionable activities, many of which are highlighted in another scathing report from the Auditor General’s office.

The spring report, released by Auditor General Michael Ferguson earlier this month turned out to be another embarrassment for the Harper government. Indigenous issues were once again among the main concerns expressed in the report, but they weren’t the only ones. The report’s finding included the fact that: 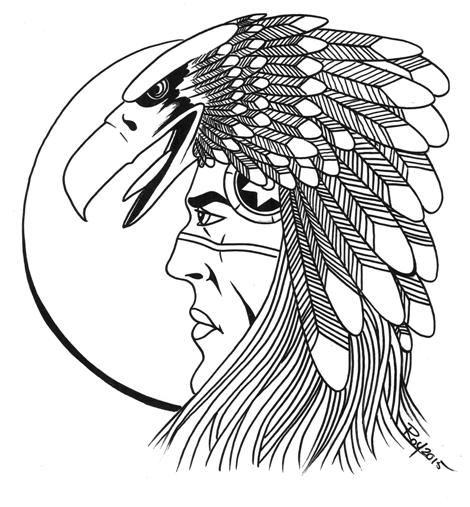 There are many highlights of the report and they are all available online; the full report should be available soon.

In the meantime, Canada’s National Grand Chief says that Ottawa’s new budget announced last month, once again fails to address key issues facing Aboriginal citizens in Canada. National Chief Perry Bellegarde said that  instead of trying to improve the lives of First Nations Canadians, the federal government would rather maintain a status quo that leaves First Nations people lagging behind the rest of Canada in every basic indicator of social and economic well-being.

Chief Bellegarde said that “First Nations people are treated like second class citizens living in third world conditions.” He called the federal budget “a missed opportunity for First Nations and all Canadians to develop a comprehensive approach. We do not see any significant investments or a plan to close the gap in the quality of life between First Nations and Canadians. The cost of First Nations poverty is too high and everyone is paying for it when we should be investing in our shared future.”

Chief Bellegarde said the budget, released on April 21, “is one of the weakest” ever tabled “by this government, setting out some minimal renewals, most at a reduced level of funding.”

He also noted that many Canadians are not aware that the federal government has the same responsibilities to deliver essential services to First Nations that Canadians expect from the federal, provincial and municipal governments.

“We need significant investments in social and economic development to address the unacceptable gap in living standards between First Nations and Canadians. The federal government continues to be unmoved by the independent findings of experts in Canada and international human rights bodies calling for these investments.”

The United Nations Human Development Index shows a human rights and development gap where Canada consistently ranks in the top ten but First Nations rank at 63 or lower. The National Chief pointed to conditions like the more than 120 First Nations communities that do not have safe drinking water, on-reserve high school graduation rates of only 35 per cent, more children in state care than at the height of the residential schools, and over-crowded housing and the need for more than 100,000 new housing units on-reserves.

“First Nations were not meant to be poor in our own homelands,” said National Chief Bellegarde. “This is the same government that issued the apology for residential schools, but as we approach the final events of the Truth and Reconciliation Commission we are seeing no action to give life to the words in the apology. We are calling for action, investment and collaboration on a real strategy for change and we will continue to push for that with the public sector, the private sector and non-governmental organizations.”

Here’s what others had to say about the federal budget:

“It is a balanced budget, just as we promised, and it cuts taxes for hard-working individuals and families. It is a prudent and principled plan that will see Canadians more prosperous, more secure, and even more confident in our country’s place in the world.” – Finance Minister Joe Oliver

“It’s a bit of economic sleight of hand. The contingency fund, as the parliamentary budget officer said very recently, is there for real emergencies … It’s not something that you tap into on budget day because you’re missing a couple of billion dollars.” – NDP leader Tom Mulcair

“Leadership is about helping those who need it most. But even in this tight budget, Mr. Harper finds ways to give billions to the rich.”  – Liberal Leader Justin Trudeau

“The Harper administration is set to spend more money on the celebrations of Canada’s 150th birthday than on the crisis of First Nations education. It is remarkable that in a budget tabled seven months before the negotiation deadline for a comprehensive climate treaty, the words ‘climate change’ are nowhere even mentioned. ”  – Green Party Leader Elizabeth May

The 2015 federal budget, as it affects Aboriginal issues, appears to be little more than set up to ensure that First Nations and other Indigenous Canadians remain on the fringes of society, especially when it come to resource based services, industries and portfolios. The National Energy Board ($80m), Environmental Assessment Agency ($35m) and another $86 million to help the forest industry have all been announced, but unsurprisingly very little mention of anything that concerns “Honour of the Crown,” the requirement that dictates the absolute necessity to consult and accommodate First Nations. All of the money being allocated, some over the next two years, some over the next five, is being directed to such things as improving resource development “consultation with Canadians” “engagement with Canadians” on pipeline development and “innovation” of the forestry industry, which will be seeking more international buyers.

Stephen Harper’s so-called Conservative government is anything but conservative, especially when it comes to Ottawa’s penchant for failing Indigenous peoples in just about every way possible.  But it’s not just Aboriginal Canadians that are taking a hit from the aggressive tactics being employed in the nation’s capital by a Prime Minister that appears to have hidden agendas and little conscience. Conservative in name but Reformist in action, Stephen Harper’s government has fooled a lot of the people a lot of the time and some of the people all of the time, but Canadians can only be fooled for so long – then they start to question credibility. What the Conservatives in Ottawa need is what the Conservatives in Alberta recently received – a wakeup call they won’t soon forget.

Thousands of Aboriginal voters helped turn the tide in what for 44 years was a fortress-like Tory strong-hold; perhaps the hundreds of thousands residing in other provinces can do the same during the next federal election.

Be the first to comment on "Speaking Out: New budget reveals a shameless federal government"