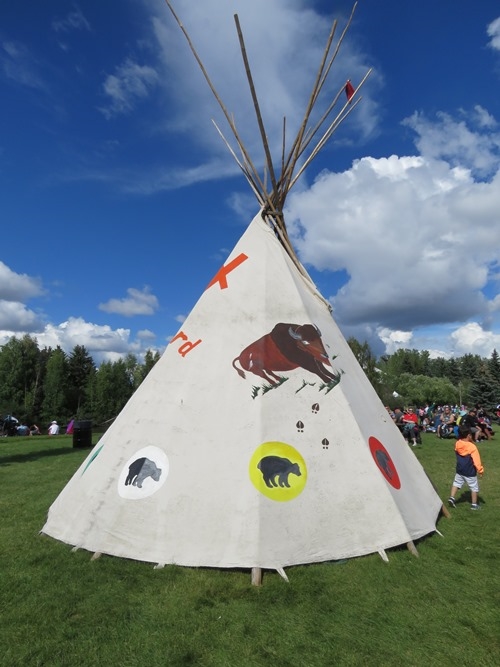 (ANNews) – The Aboriginal Pavilion was one of 67 pavilions representing over 80 different countries and cultures on display at Hawrelak Park this past weekend for the 2016 edition of the Servus Heritage Festival. The Festival was one of the largest celebrations of culture Edmonton has ever seen, and thanks to the efforts of the Canadian Native Friendship Centre and its hard working volunteers, the Aboriginal Pavilion was a big success.

After two days of less than ideal weather, the skies cleared on Monday with an estimated one-day turnout of 135,000 bringing the total number of festival visitors to 300,000. That represents the third highest one-day attendance in the festival’s history. 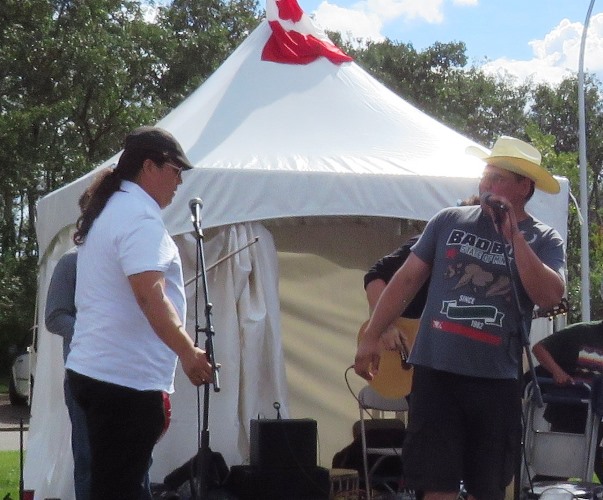 “The Servus Heritage Festival is about sharing your culture with the world and Edmonton,” Festival Organizer Jim Gibbon said. The Aboriginal Pavilion, celebrated Indigenous culture, and at the same time it educated visitors.

The pavilion featured a marketplace with crafts, art and jewelry for sale as well as dance, drumming and singing performances, a teepee sponsored by Homeward Trust and an outstanding menu of delicious bison on a stick, bannock burgers and fresh mint tea. The Canadian Native Friendship Centre’s executive director Ron Walker emceed the pavilion. 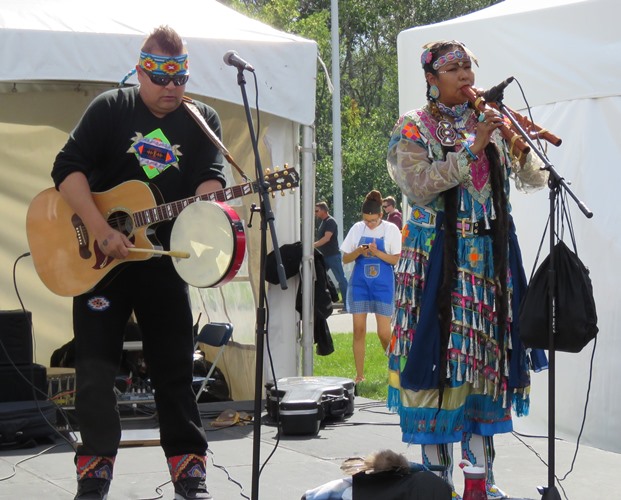 The award winning duo “Young Medicine” performed to an appreciative crowd during Heritage Festival in Edmonton.

There were 67 different pavilions to enjoy this year, representing over 80 countries and cultures. New this year was a pavilion set up by the Mennonite Centre for Newcomers featuring: Mali, Togo, Barbados, Burundi and Syria. Puerto Rico, Liberia, Uganda, Tanzania, Spain, Somalia, Mexico were also new or returning to the festival this year.

This year, the festival opened with all pavilion volunteers pausing to sing Canada’s national anthem in their native language and it culminated with a very special citizenship ceremony for 60 newcomers to Canada.

In addition to being a wonderful cultural celebration, the event is the largest ‘foodraiser’ for Edmonton’s Food Bank. Last year over 85,000 kilograms of food was collected with over 3-million pounds donated to date. However, as of Sunday evening, Edmonton’s Food Bank had collected just 16,000 kg of its 50,000 kilograms of food goal. That means that food donations are down and the Food Bank is still in need of donations.

“The many wonderful events overlapping and the weather has taken a toll on the food drive,” said Marjorie Bencz, CM, Executive Director. “People wishing to support our work can do so by making a food donation at any major grocery store or City of Edmonton fire station until Friday, August 5 for the campaign. Donors can also donate online securely through our website.”

Online donations can be made securely by visiting edmontonsfoodbank.com through the CanadaHelps portal. Unused food tickets can be dropped off to the main warehouse at 11508-120 Street. 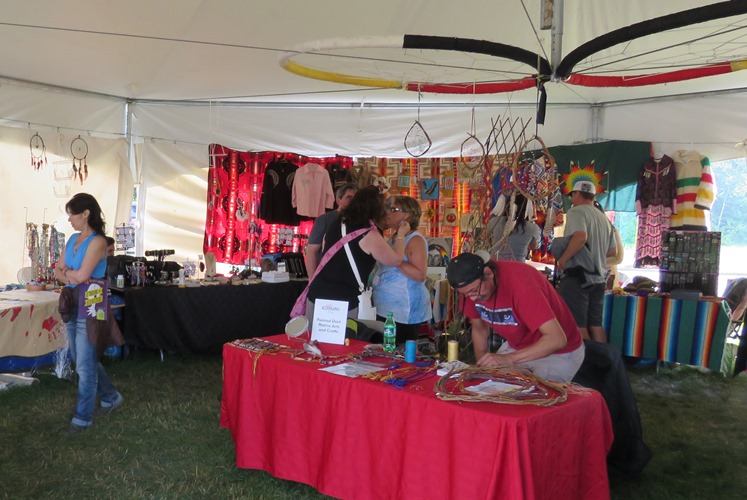 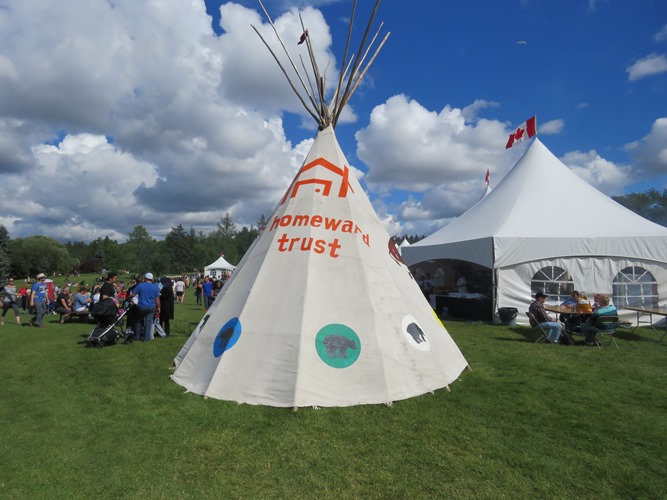 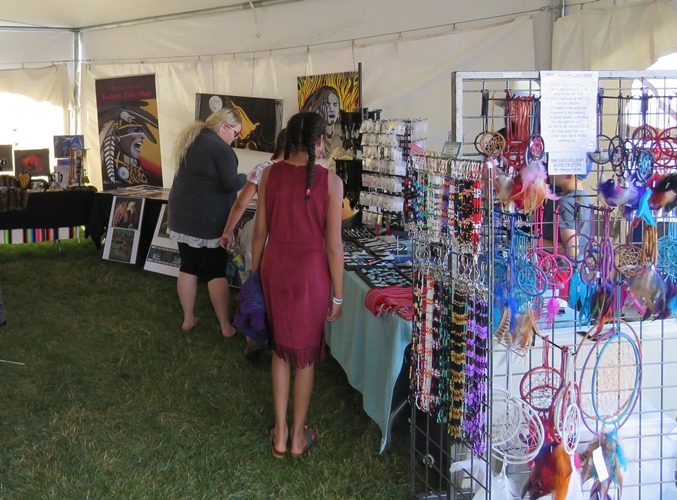