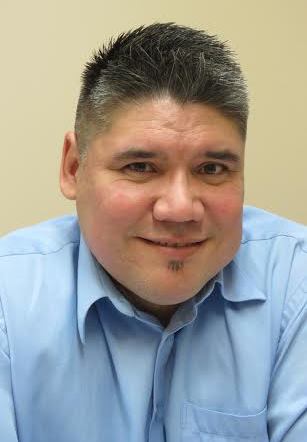 (ANNews) – Ron (Moon) Walker, who until recently was the Program Coordinator for Edmonton’s Canadian Native Friendship Centre (CNFC), has seen his role expanded because of an unforeseen illness that has forced former Executive Director Merle White to step down. Walker, who has now taken over as the organization’s Executive Director, said the CNFC “will continue to fulfill its mandate as we work with other organizations, agencies and governments and strive to improve the quality of life for Aboriginal people living in Edmonton’s urban environment.”

In an interview Walker talked about the organization’s varied programs and on-going initiatives and his intention to “continue to work closely with area schools and post-secondary institutions as we move into the future.”

Just days after the 2016 National Aboriginal Day (NAD) celebration Walker spoke about the role that the CNFC played as a major contributor and organizer of the 20th Anniversary event and applauded the efforts of everyone involved.

“The event was very successful and that’s really not surprising, especially with partners that included the Creating Hope Society, the Edmonton Public and Catholic School Boards, Homeward Trust and the city’s Indigenous Relations office,” he noted. “These are the kind of partnerships we need to continue to establish and maintain because there’s a long road ahead and we can achieve greater things by working together to achieve similar goals. 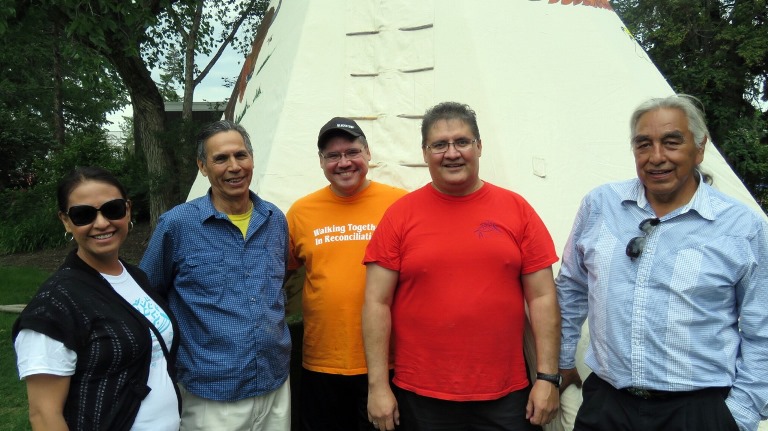 “In fact, we are already establishing new partnerships with area schools, including Westmount, where we are working with principal Rick Stanley. He would like to utilize the school as a community hub and we have a lot of similar interests in this area. The schools are the most natural place to achieve progress and a hub that brings the community through the doors will help in that process. The community rallies around new ideas and programs and so far, we have established a powwow program at the school that will take place every Monday and will embrace students, teachers, families and the general public. We have two experienced and very talented facilitators who will deliver the program.”

The CNFC has also developed a positive working relationship with area libraries.

“We’ve had three different programs operating at three libraries this year,” explained Walker. “Our Tuesday night powwow sessions were held at the Stanley Milner Library and attracted between 40 and 50 people every week; another, our traditional arts program, was held every Monday night at the library in Millwoods and the third is our Cree language program, which we coordinated through the Highlands Library. Beginning this October, we will also be offering a Stony Language program possibly out of Westmount; it’s something that is still being worked out.”

The CNFC maintains numerous programs and initiatives throughout the year; one of those is the summer camp program, an initiative that allows youth aged 7 to 17 to spend time at the camp every July and August.

The program takes place at the CNFC.

The younger aged groups, added Walker, take a more active interest in the camps and in the traditional learning that accompanies them. This is commonplace throughout most of the programs geared toward youth. Musical programs, including powwow and Metis dance, and family and CNFC gatherings can get busy and room can get short and as a result the Friendship Centre is often on the lookout for extra space.

“The Stanley Milner Library, for example, will not be available to us during the next year because they are about to undergo some renovations,” noted Walker. “We are currently in need of a facility that we can utilize so if anyone has an offer to make, we would be interested in talking.”

To make matters worse, the CNFC will soon have to find a new location for its main office.

“The owners of this building are currently looking for buyers; they want to sell the property soon, so we are currently and desperately looking for a new location. A gymnasium-sized facility would be ideal and would allow us to deliver more of our programs from under our own roof. As we continue to grow so does the need for more programs and initiatives, not just for youth – but for the whole community. If we had the space, we could host more programs and workshops; ideally I’d like to see us be able to accommodate more cultural programs and a larger facility would allow us to do that.”

A larger facility would also help alleviate some of the costs associated with summer camps because when they are busy and fully booked, the CNFC has to find other resources and facilities – and they must be paid for.

The CNFC also has a partnership with Commonwealth Stadium for pools, fitness and recreation, and another (The Green Shack Program) with the City of Edmonton.

“The Green Shack Program,” explained Walker, “has portals across the city that allow youth from across the city to participate in arts and crafts, play games and interact with one another. The programs are facilitated by city employees; when we take our kids there we also participate and work with our youth.”

The Summer Camp Program also involves such things as learning the teachings of the Medicine Wheel, learning how to smudge and understanding the reasons for smudging, tie-dying, learning a prayer and other culturally relevant programs.

A partnership between the CNFC and Grant McEwan University offers a Jigging Program that is facilitated by CNFC board member, Hugo Martel. The program teaches the history of the jig, the reasons for its longevity and teaches students how to perform the jig. The program is in need of more participants and interested dancers and would-be dancers are asked to call the CNFC for more information.

The CNFC also participates in numerous annual events, including NAD and the annual Heritage Festival, where they have partnered and hosted the Aboriginal Pavilion for the past three decades. The organization brings in various First Nation, Metis and Inuit entertainers for the annual event.

“This year’s line-up,” noted Walker, “will include Canadian fiddling champion Daniel Gervais, well known singer and musician Corbin Poitras, the ever-popular Young Medicine and a number of local powwow dancers who will give demonstrations and display their expertise for the crowds. This will include some of the youth that we’ve worked with at our powwow sessions this year.”

Young Medicine, led by artists Curt Young and Jamie Medicine Crane, are a multi-talented and multi-award winning team that performs and promotes contemporary and traditional forms of music, dance and art. Their harmonious musical sounds and personal abilities are appreciated by audiences everywhere as they combine singing, guitar, harmonica, cedar flute, hand drum and rattles as they dance their way through a song or story that leaves the audience with an array of inspirational messages.

Walker’s history with the Canadian Native Friendship Centre goes back to the mid-1990s when he was employed by the National Association of Friendship Centres as a Youth Peer Counselling Trainer of Trainers. Before that he was involved in other training programs, including volleyball. A former athlete who participated and won at both regional and national games, Walker began his athletic career in track while attending Eastglen School. He participated in discus, shot-put and javelin and won medals in both discus and shot-put at the Canadian Masters in 2008. The next year he participated in the North American Indigenous Games where he placed fourth in the Javelin toss. Walker has also participated in and won many medals at provincial track and field competitions over the years and has also been coaching for years; he is currently a certified Level 2 NCCP (National Coaching Certification Program) coach.

“Sports and athletics can help open a lot of doors and I always encourage young athletes to work hard; it will help them achieve their goals. That goes for just about anything you do; put in the effort and you can and will succeed,” he encouraged.