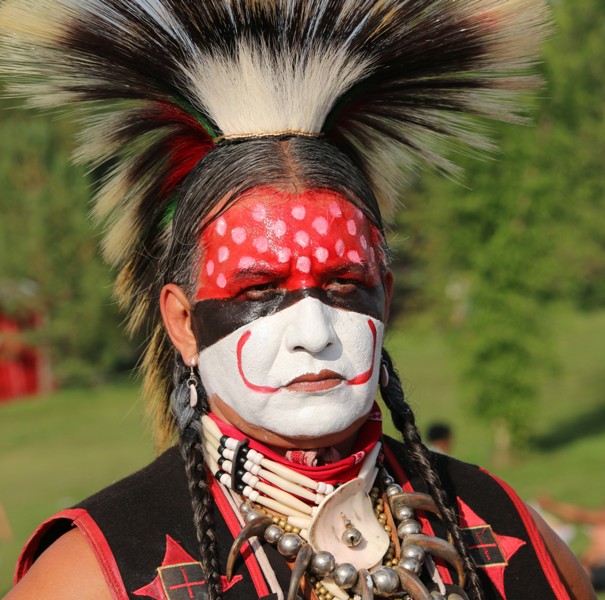 Over the August long weekend, more than 360,000 people flocked to Edmonton’s Hawrelak Park to sample the sights, sounds and tastes of 85 different cultures participating in the Servus Heritage Festival.

The Aboriginal Pavilion, sponsored by the Canadian Native Friendship Centre was once again one of the most popular pavilions at the festival.

Here is a peek at some of the photos taken by Alberta Native News photo-journalist Terry Lusty. Click here for a related article and additional photos. 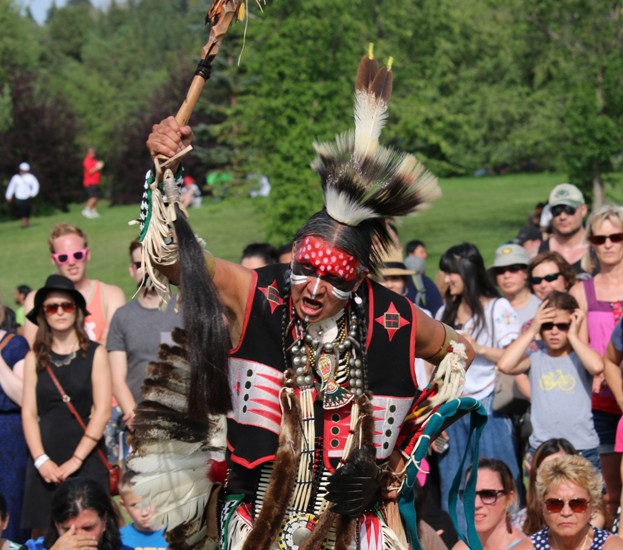 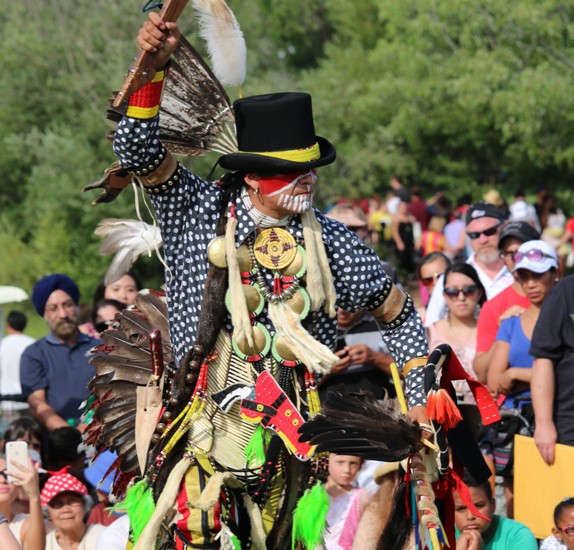 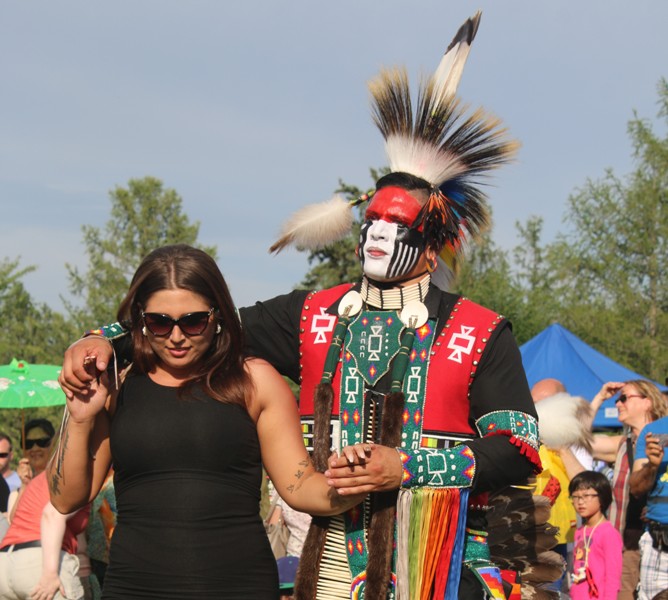 Darren Bird encourages the audience the participate in an Owl Dance. Photo by Terry Lusty