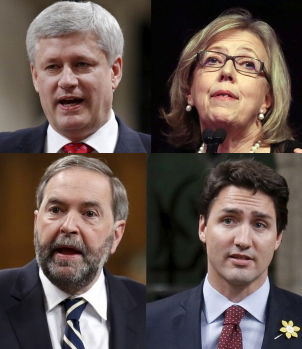 (Ottawa, ON) – Assembly of First Nations (AFN) National Chief Perry Bellegarde said that the August 6 debate among the leaders of the federal political parties was an opportunity for all leaders to explain how the Government of Canada would work to close the gap in the quality of life between First Nations and Canada.  While there was discussion of some First Nations issues much more focused dialogue and attention is needed.

“Missing from the debate was the inclusion of First Nations issues as a primary debate topic,” said National Chief Bellegarde.  “It is my strong belief that First Nations voters will make a difference in this election.  Future debates need to ensure that closing the gap between First Nations and Canadians is addressed clearly and fully. Our people matter, our issues matter and our voices matter.”

The leaders of all federal parties participated in a televised debate organized by Maclean’s magazine.  There was no specific debate topic on First Nations or Indigenous issues but the leaders spoke to First Nations issues a number of times during the debate.

Liberal Party Leader Justin Trudeau emphasized the importance of working in partnership with First Nations on resource development.  NDP Leader Thomas Mulcair stated that environmental legislation needs to change to respect First Nations rights and called for a nation-to-nation relationship with First Nations.  Green Party Leader Elizabeth May said First Nations voters need to be included in this election and called for more discussion on issues like the Truth and Reconciliation report and its Calls to Action.  Prime Minister Harper stated that his government is working with Aboriginal communities on resource development, and the National Chief noted that much more work is needed in this area.

“First Nations prosperity and well-being are key to Canada’s future and that has to shape the discussion during the election,” said National Chief Bellegarde.  “We will be working to raise our priorities and releasing our Closing the Gap agenda soon so we can put our issues front and centre and get clear commitments from all parties. It is time for reconciliation.  It is time for action.  It is time to close the gap.”