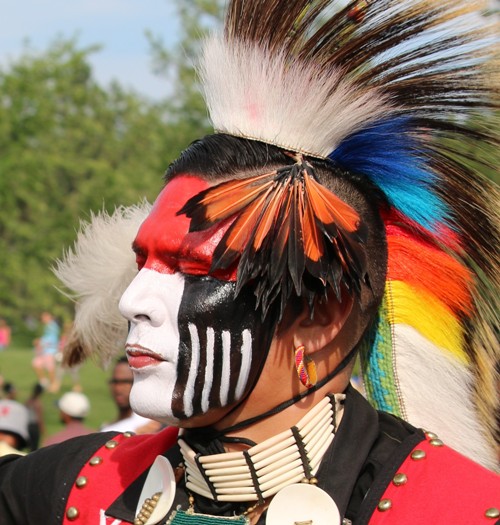 The 40th annual Heritage Days celebrations at Edmonton’s Hawrelak Park were a resounding success with 62 pavilions representing over 80 various cultural groups from around the world.

Once again this year, the Canadian Native Friendship Centre (CNFC) did a terrific job operating the Aboriginal pavilion. The centre offered good food, fine entertainment and a variety of Native arts and crafts.

The August 1 – 3 long weekend event had several hundred thousand visitors coursing through the huge tract of green space, milling about while attempting to take in as much as they could. That’s no easy feat with such a large array of individual pavilions that, in most cases, offered entertainment as well as food and crafts. 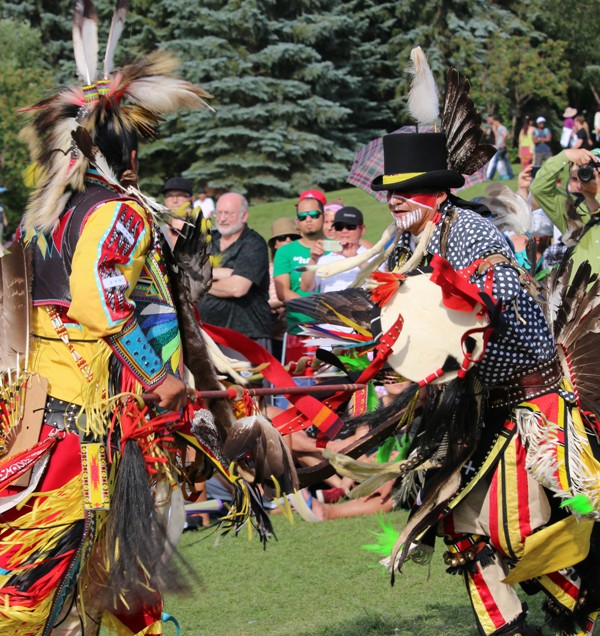 The Aboriginal Pavilion however stood out from the others.  It is always one of the most popular venues, sought out because of its vibrant cultural offerings.

This year, again, the CNFC offered up tasty foods in the way of marinated buffalo skewers and delicious buffalo bannock burgers. Thousands of visitors enjoyed these succulent treats.

Staff representative Cindy Breland said sales went very well, with a definite increase over last year. Then, too, the traffic flow increased from about 350,000 last year to 400,000 this year. Still, she reports, their food line-ups are always one of the longest on the grounds as folks clamour around to partake of traditional Aboriginal food. In addition to the buffalo burgers, skewers and bannock, the food booth also marketed various beverages including mint tea.

For sure, the volunteers were kept hopping, filling orders and simply trying to keep up with the demands. Somehow, they managed to survive. Incidentally, profits from food sales went right back into helping the CNFC with its program costs, so it was for a really good cause. 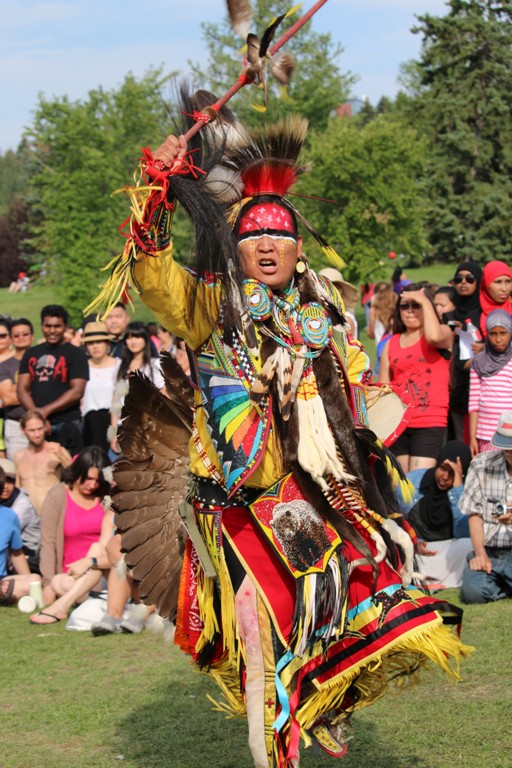 When it came time for the entertainment, the crowds were in for a treat as Canadian jigging champion, Brent Potskin, demonstrated exactly why he happens to hold that title. He also had his Crazy 8 Dance Troupe doing their thing as they demonstrated such popular, traditional oldies like: Drops of Brandy, Reel of Eight, The Duck Dance and others, especially their signature number, The Red River Jig.

Another exemplary part of the Aboriginal Pavilion came from performances by Young Medicine. This award-winning duo never fails to draw the attention of those around with their wonderful contemporary stylings in addition to soft, haunting, traditional and melodic flute tunes that tend to leave their audiences spell-bound.
Last and certainly far from least were the incredible war dance demonstrations by First Nation powwow champions Doug, Donny and Kelly Rain accompanied by Darren Bird and Dwight Paul. This dance troupe had virtually every camera fixated on their ducking and diving. The sneak-up and warrior mock battles had the crowds mesmerized and, of course, wanting more.

The dance troupe was strongly supported by The Logan Alexis Drummers and Singers which is always an exciting group to listen to.

With Doug Rain doing the bulk of the emceeing, dances were explained to the audience. Crowd participation was also invited and lots of people enjoyed accompanying the troupe in a traditional Owl Dance.

Overall, if anyone missed the Aboriginal Pavilion, it was your loss. Come back next year when there’ll be more.

Article and photos by Terry Lusty

Scroll down to see some photos from the event; click here for additional photos. 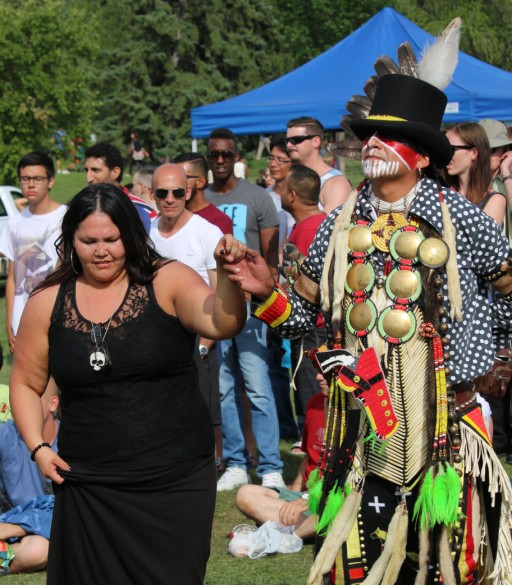 Doug Rain leads a partner in the Owl Dance. Photo by Terry Lusty 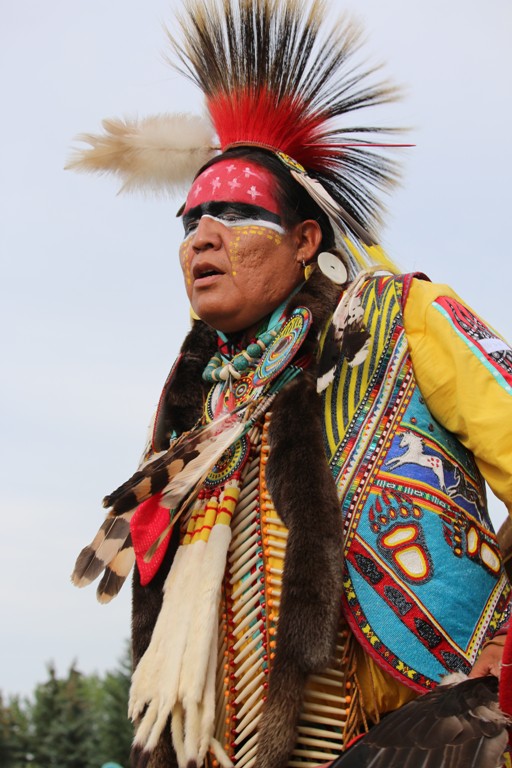